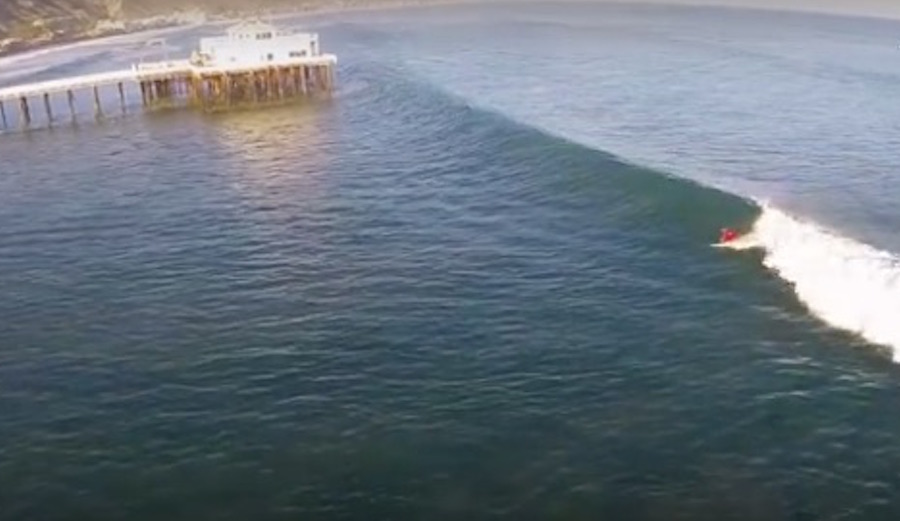 Locals hate this wave, experts say. But the few that surf here do so because they don’t have any other options. Photo: Screenshot/Youtube

Waves across Southern California have been pretty close to perfect as of late, leaving local surfers angry and desperate. Recent back-to-back runs of long-period southern-hemi energy have punished the region relentlessly for the past two weeks. The result: long, lined-up waves for most of the coast.

Particularly for locals of a typically uncrowded right point break colloquially referred to as “Da Bu,” two weeks of swell are cause for serious concern. The accessibility of the wave, namely its proximity to Pacific Coast Highway, has, in the past, been a major deterrent for non-local surfers.

“In general, surfers prefer not to see cars, or any form of development for that matter, from the water,” said Jana Choa, professor of Surfology at UCLA. “They also hate perfect waves. And other people. Typically, they want a challenge.”

A small number of surfers, however, has been relegated to surfing only the most cleanly shaped, most accessible wave for years.  “I surf here every morning, and day in and day out, it’s just me and maybe one or two friends,” one local said. “Everyone keeps it very respectful here. No one drops in on anyone else.”

But with perfect waves plaguing surf spots from LA to San Diego, these locals are worried that even the waves they’ve been left with will soon be taken over.

“We hate that it’s so perfect and so accessible, especially during the summer when the weather is warm and pleasant,” said another surfer. “But, at least it’s not crowded. Once that’s gone, what’s next? A reality TV star will run for president?”

Of all surfing populations in the world, Southern California is probably the least dense. The consistency of fairly good waves throughout the year is a major deterrent. But this two-week run of perfect waves has surfers desperate to get in the water, unwilling to wait them out for more challenging small and choppy conditions.

The situation now is reminiscent of two years ago when Hurricane Marie brought similarly perfect conditions to much of the SoCal coast. It was a nightmare that many surfers continue to reference today – specifically when a Hawaiian man, who calls himself Lord Hamilton, decided he’d make his claim on “Da Bu” via stand up paddle board.