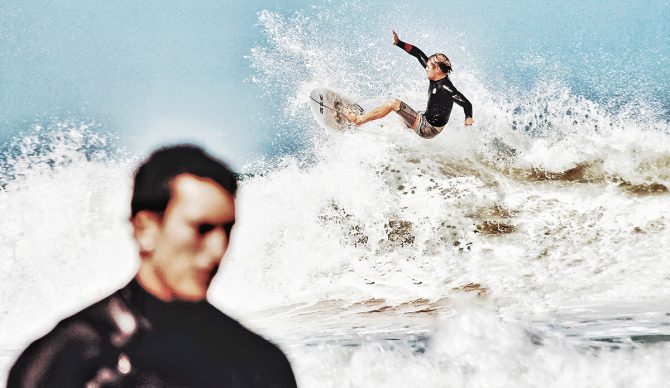 “Dude! Did you see my wave?”    Photo: Emma Paillex/Unsplash

With an uncontrollable grin on his face, Tanner O’Dowd quizzes the first person he recognizes after kicking out of a set wave that saw four feel-good gashes off the lip, about three seconds of head-dipping tube time, and at least two hoots from the cliff. If the anonymous crowd on land saw O’Dowd’s display of video game-like abilities, his friends in the lineup certainly must have as well. So he repeats the question to every one of his friends.

“Sick one,” they all respond one by one.

And a sick one it was. But despite affirmations Tanner O’Dowd routinely gets from friends in the lineup claiming to have seen his wave, a new study conducted by the Southern California-based research group, Surfers for Sociology, says there’s no way that’s true. Statistically speaking, as a matter of fact, O’Dowd could ask exactly 1,000 of his closest surfing friends if they’d seen his wave and only three would be telling the truth when they nod their head and say, “Sick one.”

An extensive, two-decades-long qualitative study by the group sent researchers directly into lineups along the California coast. Undercover researchers were tasked with sitting on the main peak of their respective research site, never allowed to take a set wave, instead letting other everyday surfers take the best offerings of a given session and recording the ensuing events.

“One particular session during 2014’s fabled Hurricane Marie Big Wednesday, every single wave was followed by a surfer asking a friend ‘Did you see my wave?’ For more than 100 waves,” says Jonah Anderson, an SFS researcher. “And what’s even more fascinating was that every response was some sort of confirmation that the friend had seen the wave. Every one of them.”

Furthermore, what Anderson noticed that day was that every surfer who’d claimed to have just seen his or her friend’s wave had actually been paddling and groveling for position for the next incoming set. There was no way they’d seen anything. Anderson’s study concluded that when in the water, surfers don’t see 99.7 percent of the best waves their friends catch. But they’re more than willing to say they did.

“It’s actually an interesting phenomenon. As if the best waves of each day are surfed in a dreamland vortex. The set waves that are missed, though – whether a surfer pulls back, gets sucked over the falls, or just digs a rail? One hundred percent of surfers see their friends in those scenarios.”