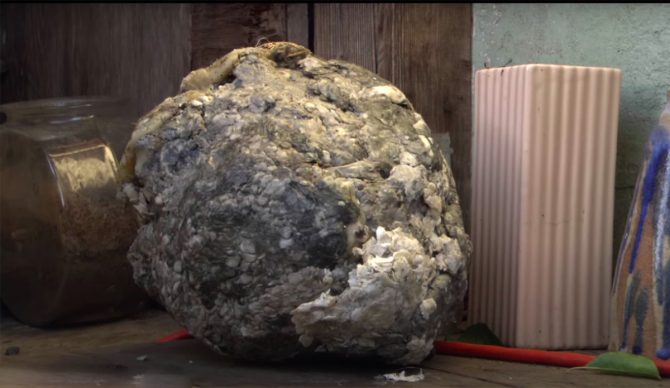 Jim Froog was in an understandable rush to get in the water on January 23, 1998. The first solid north swell in weeks was pulsing through Southern California and there was less than an hour of sunlight left to fight with the masses in hopes of scoring just one glorious set wave after work.

Crap! He realized just blocks from his destination that he needed wax. He made a beeline for a surf shop around the corner he’d frequented for years. Just a slight detour. Crap! He didn’t have a dollar bill or enough change in his truck’s ashtray to muster up a bar. He ran inside, grabbed a bar of cool, and plopped it on the shop’s counter with his debit card right next to it.

“I’m sorry, sir. We have a new $8 minimum on all card transactions,” the sunburnt teenage clerk declared.

This was a new policy. And a potentially devastating one. In a fit of rage, Froog threw the little stick of wax across the shop and ran out, declaring he didn’t have time for the shop’s “bullsh** rip off scheme!” Tires screeching into the beach parking lot moments later, he anxiously yelled out a plea for wax while putting his wetsuit on. No dice. He ran down the beach, sun disappearing by the minute.

“Hey man, can I bum some wax?” he inquired with every person he crossed. After nearly a dozen attempts, he found a glorious savior — a small donation of wax that would get the job done.

“I boycotted that shop from that day on,” Froog says now, two decades later.

And not only did he boycott the shop, he decided to boycott purchasing wax altogether. The feverish hunt that January afternoon had brought him to a realization that somebody always has wax. Coldwater, cool water, super cold, it didn’t matter to him. Anything was better than forking out a penny that would climb it’s way into the evil pockets of corpo. surf. He’d ask for it in the parking lot. He’d bug the lifeguards to search for unclaimed bars in the tower. And his friends got used to his typical “anybody got a taste of wax?” inquiries in the lineup. If he asked enough, he never got denied. And some days he’d even come across a sucker who’d forget about the contribution altogether, scoring nearly a full bar without needing to return it to its rightful owner.

Froog surfed his brains out over the next three weeks in 1998 and quickly realized it was all adding up to dollars in his pocket.

“I was collecting sticky, cold-water gold. A dollar here, a dollar there. At first, I’d just use the extra money for Slurpees and post-surf dollar tacos. But then an idea hit me.”

On the morning of February 20, Froog pulled out his calculator and figured he’d surfed enough to save just over $5 in four weeks of not buying wax. He opened up that day’s stock charts, covered his eyes, and threw a dart at the newspaper. It landed on a company that, coincidentally, was trading at $5.27 a share that morning. A company that sells and ships books online will never amount to anything, he thought, but burning his money in the pit of an obvious business failure was a truly gratifying form of protest. His grudge with the local surf shop and its debit card policy was still fresh. Weeks later he doubled down with another share. And then another. Then another. Through two two-for-one splits in 1998 and 1999, and a three-for-one split in 1999, multiple quarterly dividends checks, his wax-bumming turned into a fortune in the next 22 years. As of June of this year, bumming wax from friends had netted Jim Froog $353,000.

“Yeah, who’d a thunk online shopping would ever be a thing?” he quips today, then explaining how he went searching for lightning to strike twice and recently decided to reinvest his profits in the next “surefire boom.”

“My friend invented this brilliant vegan wetsuit hanger. It seemed too good to be true. I mean, he said all he needed to launch and hit it big time was give or take $350k, and what are the odds that’s what my account balance would be?”

Jim Froog is now broke again. He still bums wax from all of his friends.