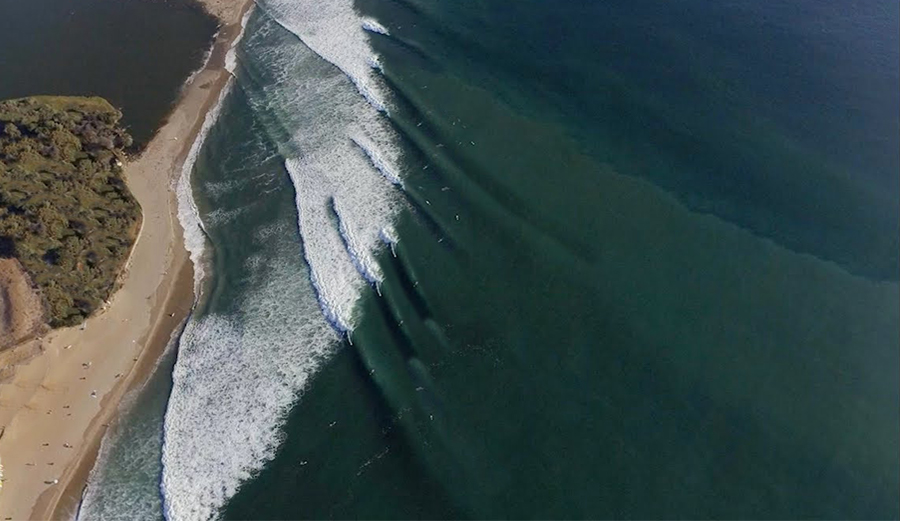 The spot above was posted to an Instagram account which led a Santa Cruz-based surfer to go postal in the comments.

A Santa Cruz surfer has been engaged in a days-long cyber imbroglio blaming an undisclosed account for “blowing up the spot.”

The account posted a photo of a beautifully-sculpted left point break with the words, “Aah, south swells in Mexico,” late last week. Additional details on the surf break’s location were scarce despite hundreds of comments asking, “Where?”

It was on the same post that the Santa Cruz-based surfer and Instagram user Sam Friar, using the handle @trial_by_friar, commented, “FUCK YOU [redacted]. You fucktards are blowing up the spot!!!”

For each and every single commenter who wrote, “Where?” Friar unleashed with vitriol, “You’re what’s wrong with surfing!! #socialmediaisforkooks!!”

Friar’s Instagram account, which is public, appeared to have several photos of himself surfing the wave in question – complete with geotags. Astute commenters with which Friar picked fights commented as much.

“Haha you asshole, for anyone that didn’t know where this spot was they do now. It’s in your second and third pics!” wrote Instagram user @surfsurfsick.

Other commenters pointed out the irony that Friar was using social media to rail against its existence, and hating on an account he himself chose to follow because it routinely posts videos and photos of waves from around the world.

For his part, Friar was positively irate telling “kooks” to “fucking scrub it,” explaining that surfing has “totally lost its soul.”

“Look, it’s okay when they post spots that everyone knows about, but this point in Mexico is sacred.”

It’s worth noting that the spot in question has appeared in countless surf films in the past decade and that an increase in tourism led the local government to construct an airport in town to facilitate travel.

“Get it through your head,” wrote @tyler_mulligan. “This place hasn’t been ‘secret’ for some time because of people like you posting pictures. You’re part of the problem. You sound like a kook.”

Friar did not respond to The Inertia‘s request for comment.

Editor’s note: Johnny Utah is a former Eff Bee Eye and an expert in works of satire.