The Story of Rave Dastovich: Surfers in an Alternate Universe 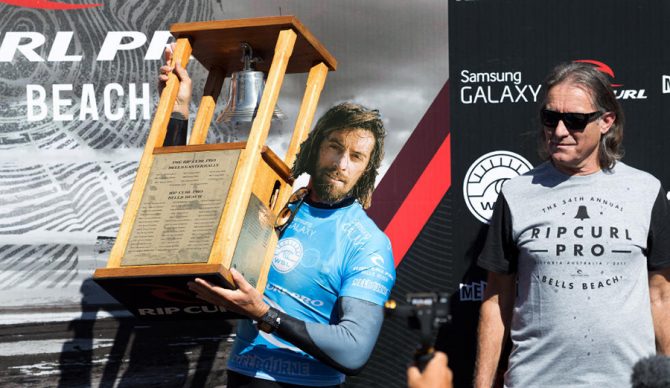 Dastovich’s last competitive win, before all the wheels fell off.

Rave Dastovich was born with one purpose in life: to win world titles. As a rising star in the ’90s Dastovich was more than jut a child prodigy, he was a sure thing. By the time he was 18 years old the young Aussie had blasted onto the World Tour as the hungriest surfer in the history of the professional game. He was mean. He was ruthless. But damn, he was good. And by the end of it all we found out he may have been too good.

He’s known for such a supreme focus on competitive surfing that Rave is said to have never touched a twin fin, a single fin, or just flat out anything other than a high performance thruster. “If it has less than three fins it’s a f#*king mutant,” he famously said in the 2004 documentary, Bru Horizon. “Everybody thinks the point of surfing is to be expressive, to share a love for the ocean, to find a creative outlet…that’s loser sh*t. Surfing is about asserting my dominance over others, and the only way to let the world know that is through winning heats. If I’m not winning heats, I’m dying. Screw mother earth.”

And so Dastovich did just that. He won heats. He won so many heats, so many contests during the first decade of this century that he grew bored and committed one five year span to a nonstop competitive schedule – a full slate on the ASP’s Championship Tour with zero downtime between dream tour stops. Those “off weeks” and travel weeks for the rest of the then top-45 were Rave’s “warm ups.” He devoted himself to entering every ‘QS stop and even small time local contests that didn’t interfere with his world title campaign. The 52 weeks a year of competitive surfing was, and still is unprecedented.

“People always ask why I don’t take a break, why I insist on competing in the ‘QS full-time after three consecutive titles on the ‘CT. Nobody else seems to care those assholes on the ‘QS have dreams of taking my job someday. So I’m here to crush their souls now. I’m just thinning out the competition in the minor leagues before they get any delusions of beating me on the big stage.”

His success in a jersey is still likely to be unmatched, but sadly, so is his fall. Dastovich’s more than 260 consecutive weeks of competing was too much for any mortal. A solid dependence on performance enhancing drugs to maintain peak performance created a significant and costly tab. The cocktail of steroids, human growth hormone and stimulants soon cost more than his competitive winnings and endorsements combined. He’d entangled himself with the wrong crowds and was in debt to some of the most prolific underground criminals across the globe. The desperation forced Dastovich into a life of crime, creating an underground whale and dolphin hunting ring that eventually landed him in a Balinese prison, where he’ll spend the rest of his days.

Pour one out for our homie, Rave. There will never be a Dasta quite like you.

Note: Surfers in an Alternate Universe is a new series that profiles, ehemm, surfers in an alternate universe. Feel free to suggest profile candidates below.