Editor’s Note: Disruptors is a brand new series powered by Oakley that identifies the thirty most groundbreaking moments in surf history. We begin with the thruster. 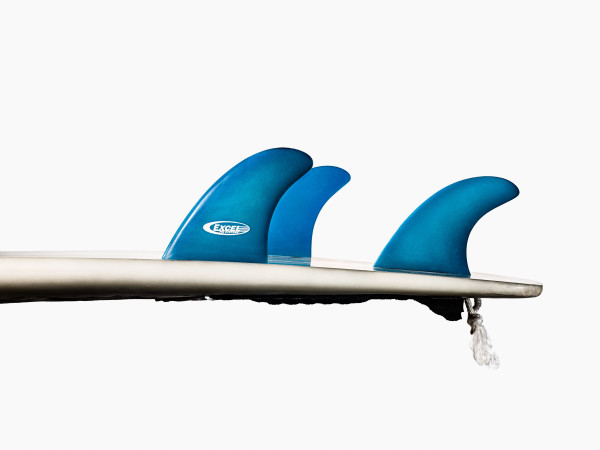 “With that one startling innovation, Simon reshaped the surfing style of an entire generation – and the next couple of generations to follow, for good measure.” – Sam George

There are few people in the world of surf that can truly claim to have had a direct influence on every surfer on the planet. Simon Anderson is one of them. In 1980, after shaping surfboards for nearly a decade, he made a simple addition to his surfboard that reshaped the way surfboards are ridden: one extra fin.

In 1977, Mark Richards took the twin-fin to commonplace status by winning four World Titles on it. The surfing world began its ascent to a more radical place – one where faster, harder turns and more speed on the face was possible. According to the Encyclopedia of Surfing, while Richards continued his world domination, Simon Anderson struggled with the twin-fin. Although he retained his status as one of the best surfers in the world, he began looking for ways to revise the design to something more suited to his style of surfing.

In 1980, says the Encyclopedia of Surfing, he saw that Frank Williams, a shaper from Narrabeen, had added a small crescent shaped mini fin at the back of his twin-fin, creating more stability on harder turns. Anderson took his idea and ran with it, building a square-tailed board with three fins, all the same size. He called it the thruster, for obvious reasons: the newfound thrust off of turns was unparalleled by anything before it. Although three finned surfboards were nothing new – bonzers, consisting of one large center fin and two smaller side fins, made their way into lineups in the early ‘70s – the simple development of identical sized fins made all the difference.

What happened next is the stuff that legends are made of. In 1981, at the Rip Curl Pro Bells Beach, one of the biggest swells to ever grace a contest period made landfall at the iconic Australian amphitheater. Perfect, fifteen-foot waves stacked to horizon, while competitors scratched desperately over them. Simon Anderson’s performance on the thruster turned the surfing world on its head – combining his talents as one of the world’s greatest power surfers with a fin setup that could harness his strength translated into one of the best performances in contest surfing to date. His win there, and subsequent wins at the Surfabout and Pipe Masters, cemented the thruster as the performance board of the future.