1,100 Mutilated Dead Dolphins Have Washed Up in France Since January 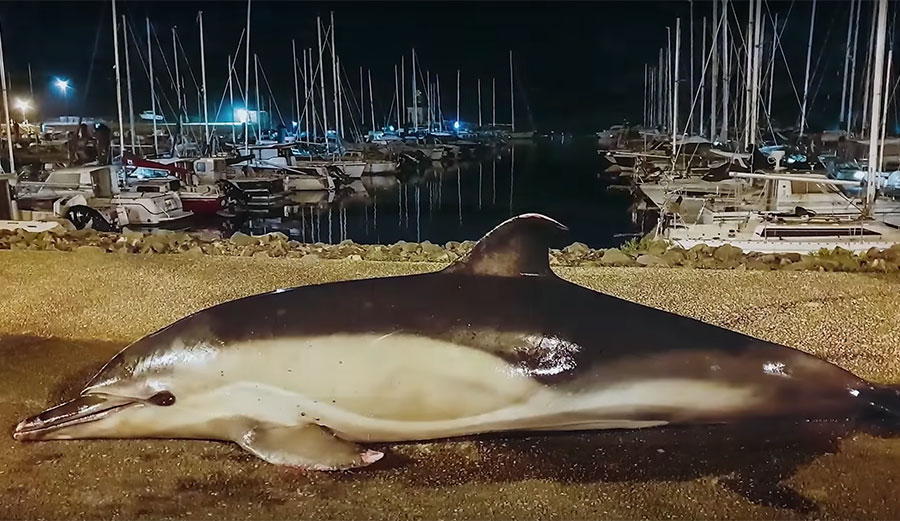 In the span of just a few short months, 1,100 dolphins have washed up dead on France’s Atlantic coast. Many of them have been horribly mutilated, with their fins cut off or parts of their skin missing.

“There’s never been a number this high,” said Willy Daubin, a member of La Rochelle University’s National Centre for Scientific Research. “Already in three months, we have beaten last year’s record, which was up from 2017 and even that was the highest in 40 years.”

Researchers suspect that commercial fishing outfits are largely to blame, but are mystified by the brutality. In the past, some 90 percent of similar dolphin fatalities have been the result of accidental capture in industrial fishing nets. Animal welfare groups say that it is common practice for fisherman to cut parts of a caught dolphin off instead of cutting the nets.

“What fishing machinery or equipment is behind all these deaths?” Daubin asked.

Some trawlers in the area employ acoustic repellent devices that are supposed to drive dolphins away, but according to Sea Shepherd, many of them don’t use them because they also scare valuable fish off.

Sea Shepherd recently posted a video on to Youtube that highlights the issue. “Every year thousands of dolphins are found dead off the Atlantic coast of France,” the marine conservation organization writes. “Several hundred bodies have already been found on the beaches this year (and probably thousands more at sea). Despite scientific evidence showing these deaths are due to industrial fishing boats, this fact is disputed by the fishing industry, which claims the deaths are natural. Because France does not require observers on these fishing boats, the killing has gone undocumented for over 30 years.”