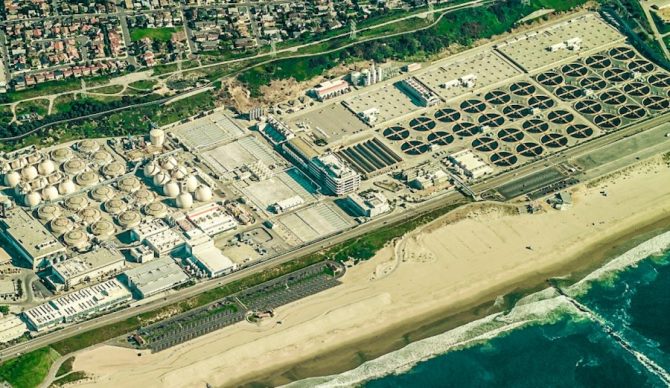 On Monday afternoon, four miles of beach in the Los Angeles area from El Segundo north to Dockweiler RV Park were closed to swimming and water activities due to a 17-million gallon sewage spill from the nearby Hyperion Water Reclamation Plant.

The Hyperion facility, L.A.’s oldest and largest water treatment plant “became inundated with overwhelming quantities of debris, causing backup of the headworks facilities,” Hyperion Executive Plant Manager Timeyin Dafeta said in a statement. “The plant’s relief system was triggered and sewage flows were controlled through use of the plant’s one-mile outfall and discharge of untreated sewage into Santa Monica Bay.” 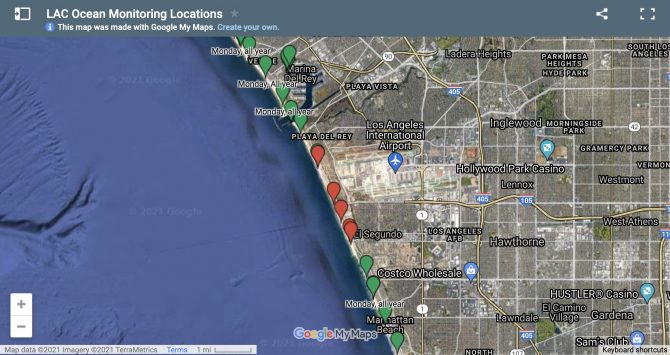 By Monday morning, sewage was being treated as normal, but the L.A. County Department of Public Health did release a beach closure advisory, saying that residents and visitors should avoid contact with ocean water in the affected areas “until water samples are confirmed negative for elevated bacteria.” Updates on the beach closures are available here on the L.A. County Public Health Website.

PUBLIC HEALTH ALERT: 17-million gallons of raw sewage were spilled into the Santa Monica Bay on 7/11-7/12. Dockweiler State Beach and El Segundo Beach are closed to the public. We recommend staying out of the water. We’ll keep you updated as we learn more.https://t.co/8sP1MplBKa pic.twitter.com/PNl7QJlu9u

Although the cause of the blockage and resulting spill seems to be a buildup of sewage debris, environmental group Heal the Bay said, “Debris such as tampons and plastic trash, when released into the Bay, can harbor bacteria and can cause entanglement of wildlife, but it seems in this case those debris were successfully filtered out of the spill before it made it to the Bay.”

“Why that quantity and where it came from is what we’re still trying to ascertain at this point,” Dafeta said. “It’s the amount of material and the kind of materials that came through that caused the problem.”

Heal the Bay reports that the last time a major spill of this kind occurred was in 2015 when 230 million gallons of sewage were released only a mile offshore through the same emergency pipeline that was used over the weekend, but in that instance, the debris was not filtered out and over 200 pounds of medical and sewage debris washed up on L.A. County beaches. Smaller sewage spills are not uncommon. Seventy-five sewage spills were recorded in 2020 and 2021, according to Heal the Bay, sending some 346,888 gallons into the rivers, lakes, and streams of Los Angeles County.

For more information on sewage spills in the L.A. area, visit the L.A. County Department of Public Health website.