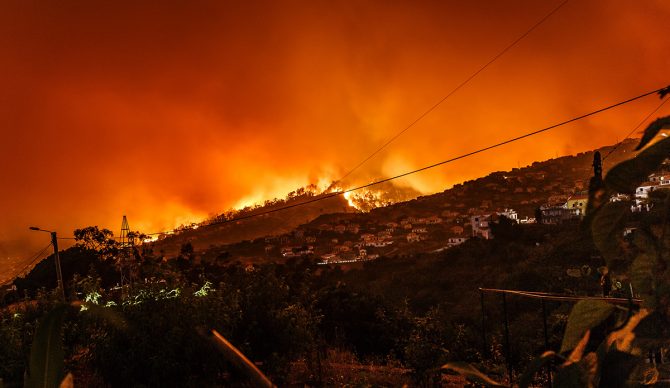 What can we do to minimize the effects of wildfires? Photo: Unsplash / Michael Held

Californian surfers live for October. Swell activity and intensity start to pick up, the weather is still beautiful with the moderate seasonal change, offshore winds hold peaks up perfectly, and the summer crowds start to dwindle.

But October can also be a fiery hellscape in the Golden State. The past few years especially have felt like we are bound to wake up any morning smelling smoke, knowing that wildfire season has started up once again. Even the ocean is no escape from the heavy, claustrophobic air that accompanies blankets of smoke. Each new fire turns the sky into an apocalyptic, hazy wall between us and the sun.

It feels overwhelming and disheartening to know this is happening year after year without pause. We all have to remember that if it’s not our town or neighborhood this year, it could be ours next year. So what can a Californian do to feel empowered and invigorated with a little bit of hope? Here are four things that each individual could do during the year to help reduce the impacts of our wildfire season.

Get rid of your lawn
California has been in a drought for years, so conserving water is a major resource in our ability to both fight and prevent fires. A healthy chunk of our regular water usage goes to lawns.

Support Beavers
Beavers are keystone species, which means they create totally new ecosystems when they make a home somewhere. They can turn the smallest trickle of water in an arid environment into a lush wetland with deep ponds and rivers. Their ponds are so deep that they cool the surrounding land temperature and also create invaluable watersheds that California needs. Also, when beavers cut down trees they create sunny meadows where the trees once were which become natural fire breaks during forest fires. There’s plenty of interesting editorial to dig through on how beavers impact our entire environment as well as how wildfires impact them, with organizations that actually focus on their preservation for these very reasons.

Vote
You do have the power to vote for representatives that believe in climate change and are working toward ending our climate crisis. It’s especially important to exercise this right during off-year elections, as important local environmental measures and pro-environment politicians land on these ballots that are otherwise overlooked because they don’t accompany a presidential election.

Go Solar
I know not everyone can afford this but if it’s possible for you, convert to solar. It reduces the strain on PG&E’s power grid which, in turn, makes their transmission lines less likely to spark and cause wildfires. The direct connection between our energy use and wildfires couldn’t have been more apparent this season, as the utility provider began proactively shutting down power in parts of the state as a precautionary measure. A perk of going solar is if you’ve invested in solar batteries you won’t have to go without power during any wildfire induced blackouts.

So there you go. These are just four things of many that, if we all do, can make a big difference. Surf on and stay safe.