A Millionaire Explorer Is Offering Trips to the Mariana Trench For $750,000 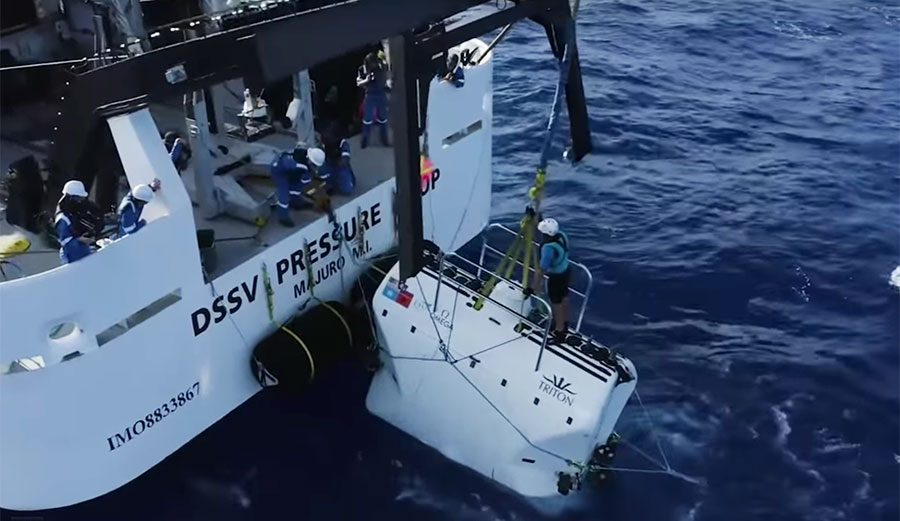 Anyone can join Victor Vescovo on his voyage to the bottom of the sea. Image: Screenshot/Youtube

Since the moon is illuminated by both light and radio waves, we can use telescopes or radars on satellites to look at it. Water, however, is a lot different — light or radio waves don’t travel through it very well at all. That means that if you want to see what’s going on down there, you basically have to go down and shine a light on it. Sure, there’s sonar mapping, but that’s not all that effective, and there’s a lot of ocean to cover. We’ve only effectively mapped about five percent of the seafloor. NASA says we’ve mapped 98.2 percent of the moon, which, if my math is correct, is a lot more than five percent.

The deepest point in the ocean is called the Challenger Deep in the Mariana Trench. It is, as you expected, very, very deep. Thirty-six thousand feet deep, give or take a few hundred feet. Mt. Everest could fit in there with 6,500 feet to spare. It’s a strange place down there in the dark. The pressure is immense, which makes doing basically anything a gamble. Back in 1960, oceanographer Don Walsh and Jacques Piccard took a submersible down to nearly 36,000 feet. Then, in 2012, James Cameron (yes, Titanic, Aliens, and Avatar‘s James Cameron) got a little deeper. In April of 2019, an explorer and naval officer named Victor Vescovo went solo to the bottom of the trench and officially took the record for the deepest dive. 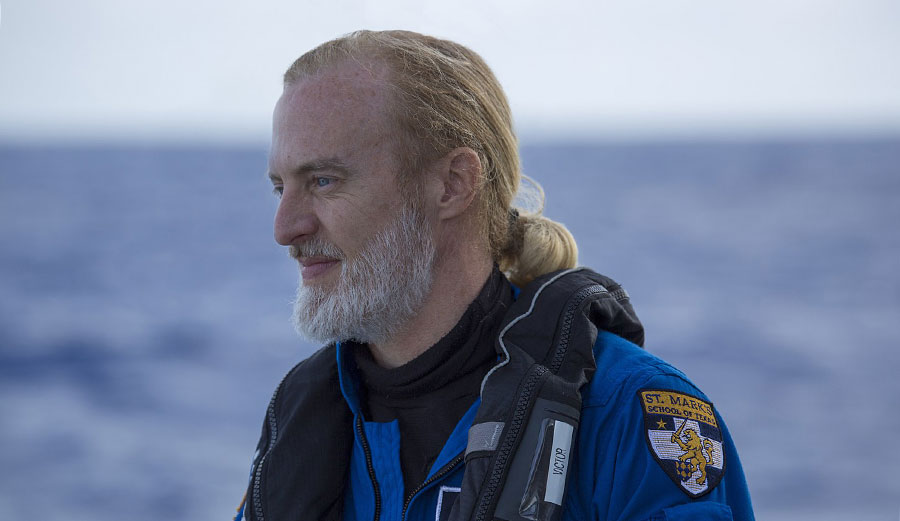 Victor Vescovo, uber-wealthy explorer who has visited the deepest points in the oceans and highest points on land. Photo: Wikimedia Commons

Vescovo is an interesting man. The 53-year old made a fortune running a private investment firm and has visited the lowest known points in the five oceans and climbed the highest peaks on all seven continents. He’s also the one who told us that we’ve dumped so much garbage into the oceans it ended up at the deepest point. “Going to the extremes, I believe, is a natural inclination of man,” he said. “I think it is a wonderful part of human nature that makes us want to push ourselves to the limits, which has helped propel us as a species to where we are now.”

And now, if you’ve got $750,000 kicking around for a vacation and you’re willing to risk your life, you can join the ranks of those deep-sea explorers. Vescovo is gearing up to take civilians down there on a retired Navy surveillance vessel. The trip, which will take eight days and includes three dives, already has two fully-booked groups for May. It takes about four hours of sinking to get all the way down there, and visitors can expect to spend around six hours at the bottom, peering around into that inky blackness.

Almost anyone can join him, as long as they’re under 220 pounds. The hatch into the sub isn’t big enough to allow a person of ample girth, and since the capsule stays at one atmosphere for the duration of the dive, decompression stops on the way up aren’t necessary. “Virtually anyone can now go to the bottom of the ocean in this vehicle,” he told IFLScience.