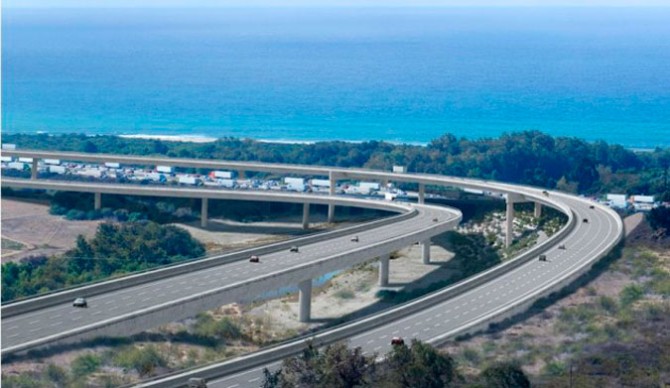 It’s easy not to trust Gavin Newsom. I can personally vouch for this. The first time I saw him I felt like I was watching Christian Bale revive his Patrick Bateman role in American Psycho. Nobody with that chiseled jawline should do anything other than sell Calvin Klein underwear, I thought.

But lucky for Gavin, his good looks didn’t get in the way of him getting things done politically. His early accomplishments as Mayor of San Francisco earned him national attention when he led the city, and by extension, the country, to recognize same-sex marriage in 2004. He also became a leader in the legalization of cannabis. His record has been impressive but not without flaws and now California’s recall election risks many things Californians love about living in the Golden State.

As surfers, I think we owe Gavin Newsom and the California state assembly a debt of gratitude. For years we heard the slogan and saw signs all across Southern California: Save Trestles. Development constantly threatened the best wave on the West Coast but Newsom put an end to the years-long fight in 2020 when he signed legislation meant to protect it forever. Assembly Bill 1426 ensured that no road infrastructure (like toll roads) can be built that impacts or encroaches on San Onofre State Beach.

Saving outdoor spaces, especially during COVID lockdowns, is priceless. But it turns out you can put a price tag on saving Trestles. A surf economics report by the Surfrider Foundation estimates that Trestles brings in over $26 million a year for the San Clemente, Calif. region. While his handling of the pandemic was not perfect, Gavin has manufactured some wins for surfers during his time as governor. Personally, he could eat at French Laundry every day as long as he protects the places I love.

Right now, Californians are getting their ballot in the mailbox and we’ll have until September 14 to vote on this recall. The first choice is if we should have a recall at all. My vote will be No. But when it comes time for you to decide, flip over your ballot, look at the back, and ask yourself if you see the name of anybody you want making critical decisions about the issues facing California. Issues like governing through the pandemic, handling California’s continuous wildfire crisis, and for surfers (and people who generally love playing outside), protecting our favorite places.

If you vote Yes for the recall and want to see Gavin Newsom replaced, whoever gets the highest number of votes on the back of that ballot will be our next governor. That’s it. There’s no additional election, no requirement that someone get a huge number of votes or even the majority. The highest vote count wins it, even if fewer than 10 percent of the state votes for them.

From this surfer’s perspective, it’s pretty obvious Gavin loves sea turtles and keeping the ocean clean. Gavin has done a lot to keep water quality high, limit dumping into the ocean, and also ensuring that our beaches and oceans stay accessible to the public. Look, if there were a better option, I’d be for it. I’ve always had a hard time trusting Christian Bale, but I think it’s time we’re okay with him being in office because I do trust he’ll keep protecting the places we play.

Editor’s Note: Billy Rinehart is the founder of Blue Uprising, an organization that raises funds for political candidates who work to protect the ocean and the outdoors.