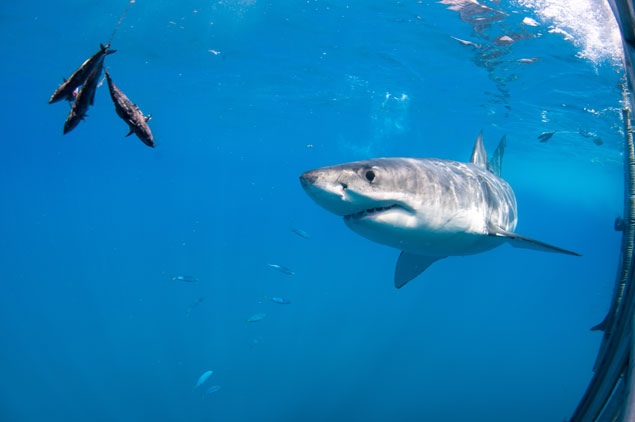 A curious shark drawn to a baited line. Photo: Shutterstock

Under the Barnett Government’s new policy, Great White, Tiger, and Bull sharks over three meters (ten feet) long will be baited in to drum lines, then shot and dumped at sea. The cull runs from January 10th to April 30th.

According to PerthNow, WASC is urging West Australians to take out their boats and do what ever they feel necessary to stop the $1 million plan.

“We won’t stand for the culling of endangered sharks off the Western Australian coast,” WASC president Ross Weir said to PerthNow. “We do have members of the public coming forward who are willing to intervene and that includes myself and our crew.”

It’s not something to take lightly, either. The Department of Fisheries warned that interference with the policy could be jailed for up to a year and fined $25,000.

Under the new policy, the only people allowed with 50 meters of the lines will be contracted fisherman that the State hires. But Mr Weir said in the same article, “You can only have so many water police in Perth and the water police can only chase so many boats at once, can’t they?

The conservationists aren’t threatening violent action, however. The Animal Rescue Team spokeswoman, Amy Lee, told PerthNow that no equipment would be destroyed. Instead, they will only be removing bait.