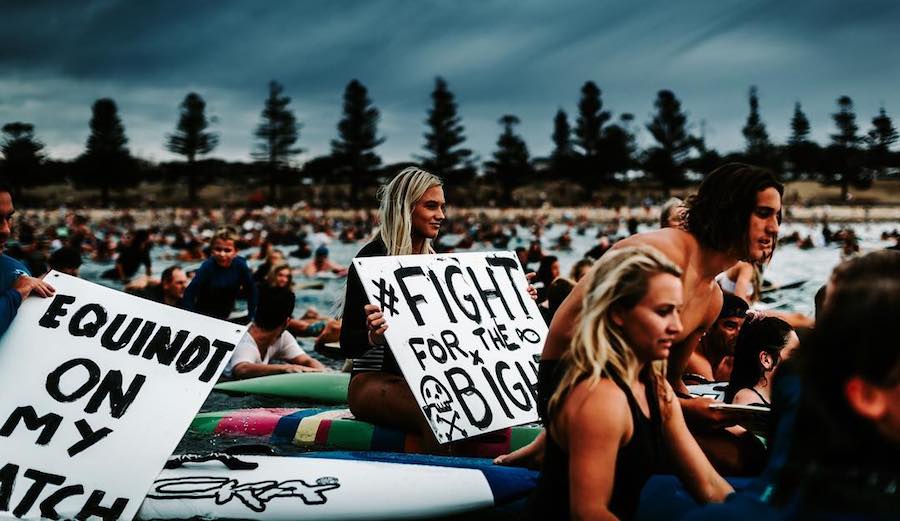 Surfers from Australia to the U.S. are up in arms about separate proposals to open coastal waters to offshore drilling. Photo: Ed Sloane

Well into the 21st century as we are, one would think the environmental risks of oceanic oil exploration and extraction infrastructure would act as a deterrent for its further spread. Modern society may still run on oil, but catastrophic spills, like the one at BP’s Deepwater Horizon rig in the Gulf of Mexico in 2010 – where some 3.19 million barrels of oil leaked into the Gulf – serve as painful reminders of the environmental cost of human dependence on fossil fuels. And many coastal communities that have borne the brunt of Big Oil’s foibles continue to grapple with the lasting impacts of such spills.

Despite this, though, the United States and Australia separately are dealing with the specter of oil drilling off their respective coasts and surfers are up in arms.

The Fight for the Bight

In Australia, a company called Equinor SA out of Norway recently expressed its intentions to search for oil in the Great Australian Bight off the continental nation’s southern coast as early as 2020. Equinor, formerly Statoil, controls two permits there.

“It could… be one of Australia’s largest untapped oil reserves,” Equinor’s EP page explains. “Could,” being the operative word.

Despite Equinor’s best efforts to convince the public that oil exploration can be done safely, Australian surfers and environmental activists aren’t buying it.

According to reports, thousands turned out across Australia over the weekend including in Perth, Sydney, Torquay, and Warrnambool to protest against oil exploration in the Bight.

And a list* of famed Australian surfers from Craig Anderson to Taj Burrow, Mick Fanning to Steph Gilmore recently signed a letter drafted by the Great Australian Bight Alliance in opposition. 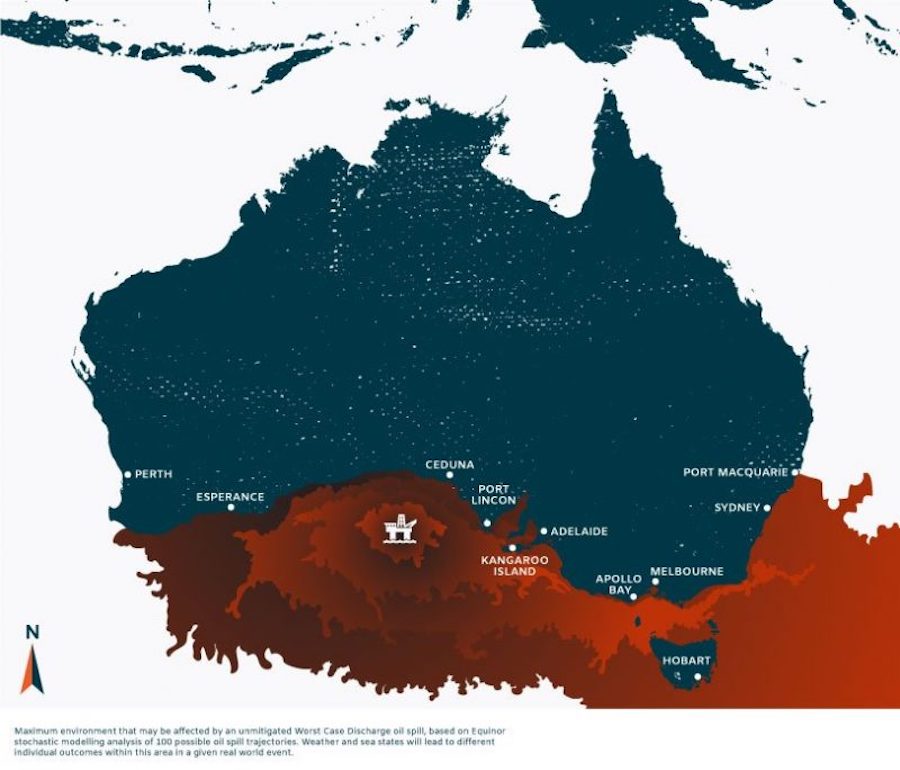 The potential outcome of a catastrophic event based on Equinor’s own data could reach as far as Sydney.

“Formal plans have been lodged to turn the Great Australian Bight into a deepwater oil field,” the letter reads. “The drilling, planned by Norwegian oil giant Equinor for later this year, would be deep, remote and risky. If it failed, Equinor’s own spill modeling shows the potential for oil on beaches across thousands of kilometers. An oil spill in the Bight would be catastrophic, and the southern coastline of Australia would never be the same. The Bight is wild and pristine and should remain that way. (Surfers) stand with the coastal communities of the Bight and beyond and call for the Great Australian Bight to be kept free from all deepwater oil drilling.”

The World Surf League, through its non-profit arm WSL PURE, has also come out against drilling in the Bight, sharing the video below with its 6.8 million Facebook followers and writing in part, “Big oil does not belong in the Great Australian Bight.”

Here in the United States, the Trump Administration has made its ambitions to expand U.S. coastal waters to offshore drilling widely known as part of its “America First Energy Strategy.”

The Surfrider Foundation has been on the front lines of fighting renewed interests in oil exploration and offshore drilling stateside including launching its “Drilling Is Killing” campaign late last month.

“The Trump administration has announced plans to expand offshore oil drilling in the Atlantic, Pacific, Gulf of Mexico, and Arctic Ocean,” explains Surfrider’s website. “These plans include deafening seismic blasts that will injure or kill numerous marine animals. The federal administration recently authorized five companies to conduct seismic blasting, the first step to offshore oil drilling, in the South and Mid-Atlantic.” 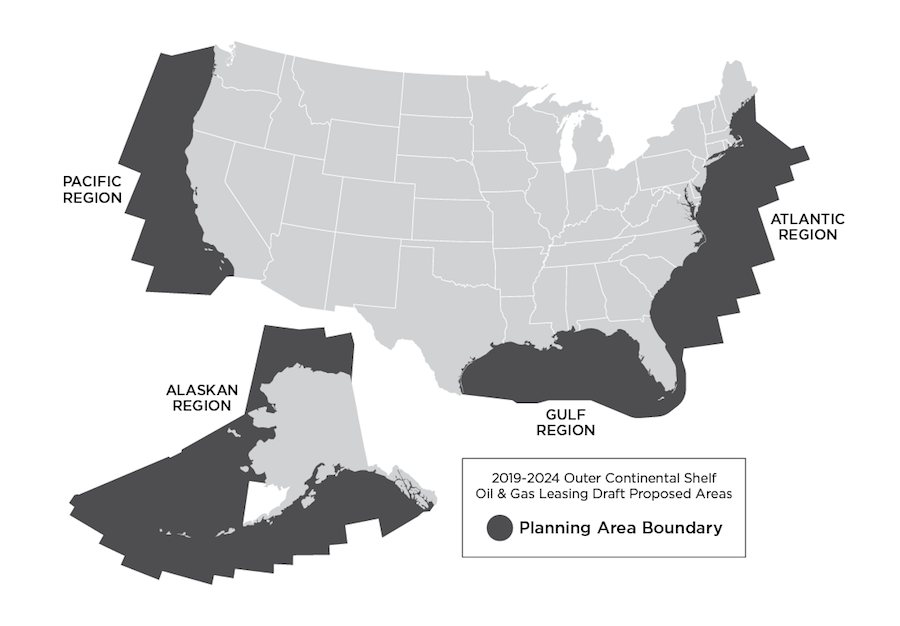 Governors of coastal states on both sides of the proverbial aisle have vocally opposed efforts to open U.S. coastal waters to offshore drilling including South Carolina Governor Henry McMaster, one of President Trump’s earliest supporters.

“The Draft Offshore Oil & Gas Leasing Program for 2019 – 2024 would open thousands of miles of U.S. coastline to oil drilling, including regions such as the Atlantic and Pacific that have been protected for decades from this dangerous practice,” reads Surfrider’s website. “The Bureau of Ocean Energy Management (BOEM) will soon open another comment period for citizens to provide feedback on the proposal. The agency will also hold public hearings in affected communities in the coming months.”

An updated Draft Offshore Oil & Gas Leasing Program for 2019-2024 is due to be released any day, and when it does BOEM will have another comment period and hold public hearings. Until then, Surfrider encourages you to contact your federal representative here.