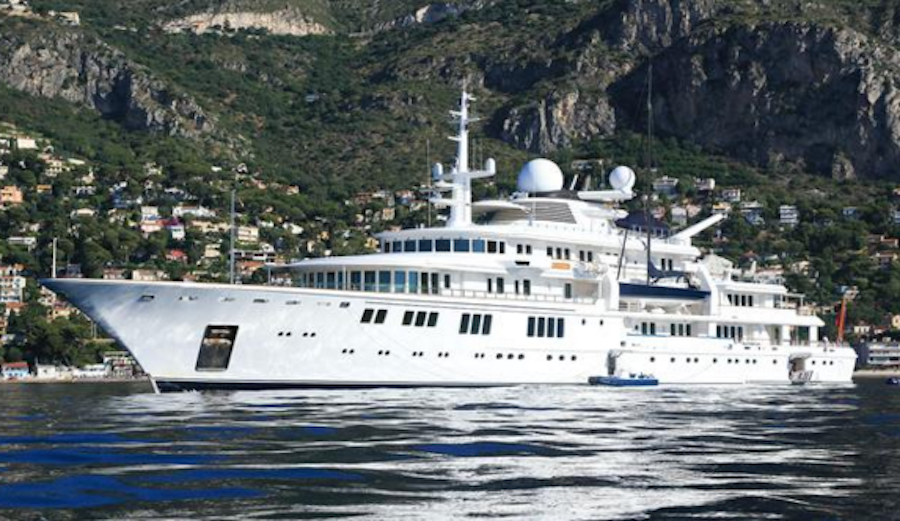 Microsoft co-founder Paul Allen has spent much of his billions on ocean conservancy and protecting coral reefs. But earlier this month Allen’s yacht, no his 300-foot long floating luxury condo, destroyed over 13,800 square feet of coral reef in the Cayman Islands.

How ironic is that?

According to Page Six, the anchor from the $162 million vessel named Tatoosh took out the majority of the coral surrounding the western coast of Grand Cayman. And because national conservation law protects coral in the Caymans, Allen could face punishment. The boat could be seized and he could be fined up to $600,000.

Just for reference, Allen is worth over $18 billion, so the fine is gumball machine money for him. And Tatoosh isn’t even his largest yacht (it’s ranked 49th on Boat International‘s list of largest yachts). He also owns the Octopus, a 414-foot behemoth considered the world’s largest explorer yacht with multiple helicopter pads and a submarine dock.

And this isn’t the first time private or commercial mega boats have endangered the reefs of the Cayman Islands. Last year, a video went viral showing a gigantic anchor chain from a commercial cruise liner hammering the reef to pieces off Grand Cayman.

As the video description states, “nothing could be done because this was a designated anchorage zone and they were given permission to drop anchor.”

A representative from Allen’s firm, Vulcan Inc., claimed that they were put in the same position, directed by the Port Authority to dock where they did. So maybe this bald and bespectacled man with ungodly amounts of money isn’t a supervillian? They also threw in the fact that Allen is launching a campaign to support stabilizing coral reefs, because, you know, after this they’ll need it.