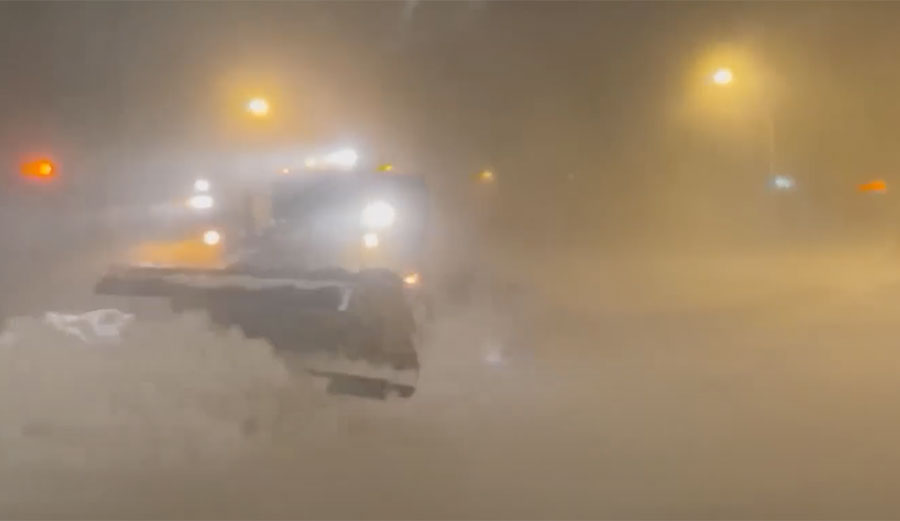 A snowplow struggles to do its job in near-whiteout conditions in Buffalo. Photo: Screenshot/The Guardian

Extreme weather conditions battered the U.S. and parts of Canada last week, prompting officials to call it the “Blizzard of the Century.” As of this writing, more than 50 people have died.

It came at a particularly busy travel time, with many people trying to see loved ones for the holidays. In the days leading up to Christmas, nearly every state had a weather warning issued. Montana saw the lowest temperatures in the country, with the mercury dropping to -49F on December 20.

The east coast in particular saw some of the nastiest weather, with blizzard conditions continuing for 37.5 hours straight. Buffalo, New York had more than 40 inches of snow fall, trapping many in their homes and stranding people on roads. President Biden has now approved an emergency declaration for the state.

The weather event is tied to a bomb cyclone event, where atmospheric pressure drops drastically when warm and cold air interact. That pressure drop can lead to a steep drop in temperature, but generally not as cold and widespread as this time around.

The cold is thankfully coming to an end, but now authorities are worried that the accumulations of snow will melt rapidly and cause flooding.