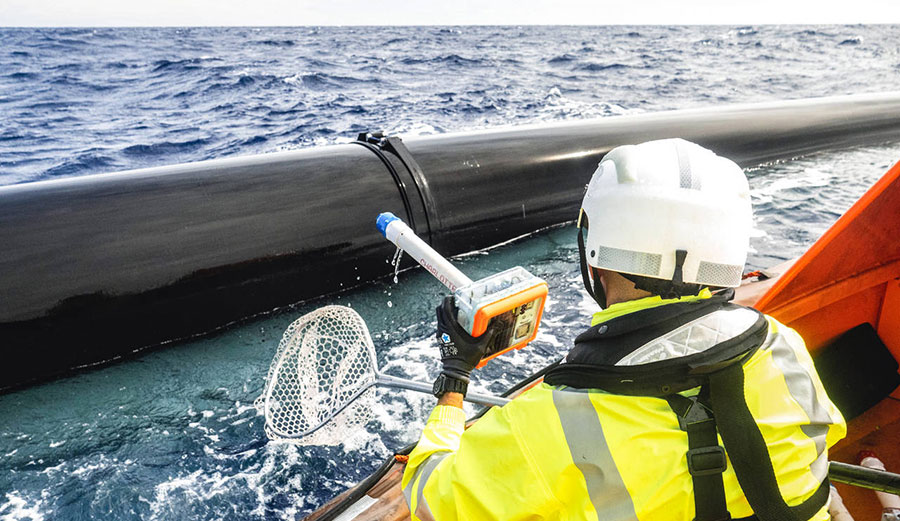 An Ocean Cleanup Project crew member retrieves a GPS drifter from the water. Early findings show that the plastic isn’t staying in the boom. Image: The Ocean Cleanup

When Boyan Slat’s plan to rid the world’s oceans of plastic hit the news, it was received with much fanfare. People called Slat a visionary. They called his idea one that would change the world. And those things might be true, but according to recent reports, his plan ain’t going so well—at least the early stages of it. At the end of October, after years of extraordinarily successful fundraising and extensive testing, Slat’s Ocean Cleanup project weighed anchor on their full-sized test model. Now, just over a month later, they’re running into a problem: the enormous boom isn’t holding onto the plastic it’s supposed to collect.

“It has been four weeks since we deployed System 001 in the Great Pacific Garbage Patch (GPGP),” Slat wrote in an update on The Ocean Cleanup’s website. “In this time, we have observed that plastic is exiting the system once it is collected.”

Of course, as is the case with any new idea, problems are to be expected. The Ocean Cleanup has faced its fair share of detractors from the very beginning. “Some scientists think it’s a fool’s errand that won’t come close to solving the problem,” wrote Alessandra Potenza for The Verge back in July of 2017.

Slat’s plan is, at its core, a well-meaning one. The Ocean Cleanup plans on launching a flotilla of their floating garbage collectors in the future. If all goes to plan, they say they’ll be able to remove 50% of the plastic that’s currently floating around out there, but many researchers think it’s both a waste of time and money. “Cleaning up in the middle of the Pacific Ocean is, in my view, not a very clever way to address this problem,” marine biologist Jan van Franeker said to The Verge. “It’s such a waste of energy.” Detractors of the Ocean Cleanup think that the money should be spent on recycling facilities and waste management in places that desperately need them. 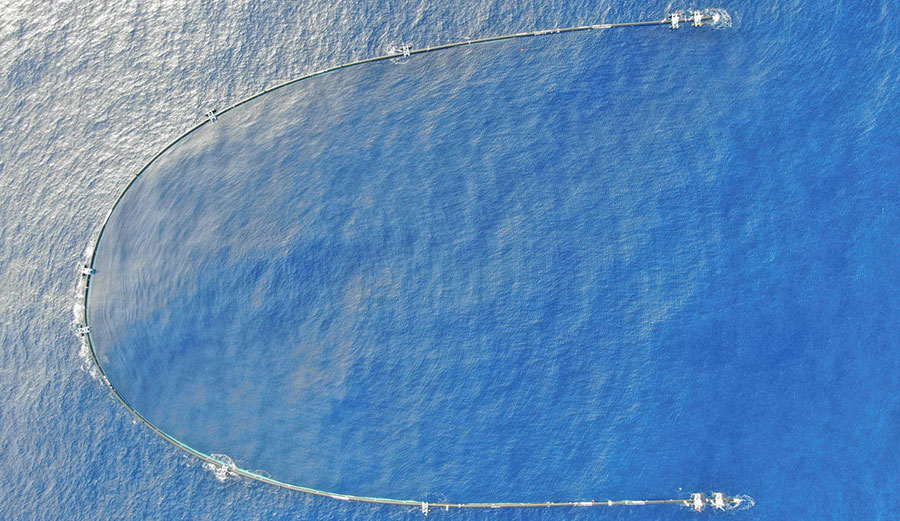 Slat and his team aren’t phased by the recent setback. “We are currently working on causes and solutions to remedy this,” Slat wrote. “Because this is our beta system, and this is the first deployment of any ocean cleanup system, we have been preparing ourselves for surprises.”

The team working on the problem thinks they know what’s happening. “One hypothesis is that the force of the wind against the system might be making both extreme ends of the floater pipe oscillate (like the fin of a fish), which may lead to a motion force against the wind direction, ” Slat wrote. “This motion counteracts the force of the wind, and, therefore, slows down the system. It is also possible that the vibrations in the ends of the U-shape could be creating a type of ripple-force field that repels the plastic away from as it nears the mouth of the system.” 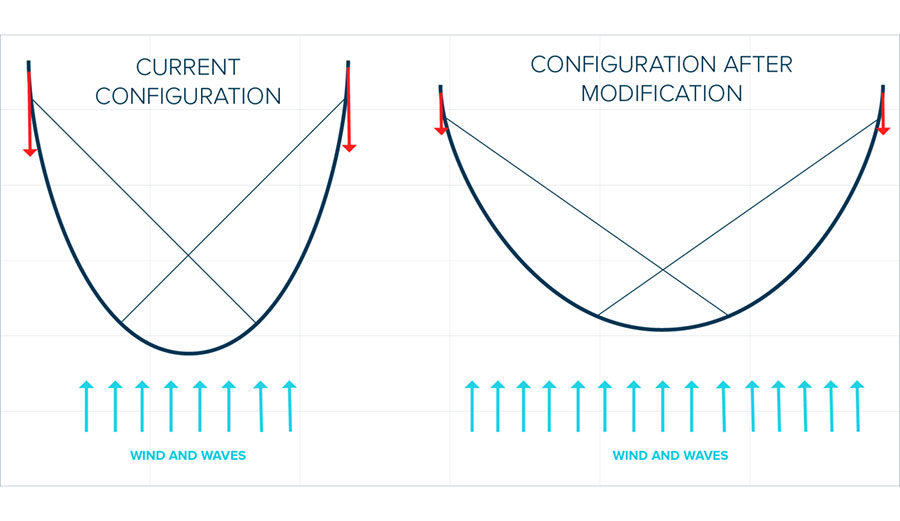 The current configuration vs the planned one. Image: Ocean Cleanup

So what are they planning on doing to fix it? Well, despite the enormous size of the system, like the idea behind it, the solutions are (hopefully) simple. “We believe the first solution we will attempt could potentially remediate both of these causes,” Slat said.  “We will address the speed difference by opening the U-shape about 60-70 meters wider. Doing this should, theoretically, have two effects on the speed of the system; firstly, it will increase the surface area of the system exposed to the wind and waves, which are the driving forces of the system. Secondly, by widening the span, we think this could also reduce the propulsive force caused by the undulating ends, simply because it would not be directed straight into the motion direction of the system anymore.”

Although The Ocean Cleanup is far better than nothing, most everyone agrees that there is one idea that everyone can agree on: we need to stop using so dumping so plastic into the ocean. “If you think about it as an overflowing sink, the first thing you’re gonna do before cleaning up the water is to turn the faucet off,” Sherry Lippiatt, the California Regional Coordinator at NOAA Marine Debris Program, says. “That’s the only real long-term solution.”