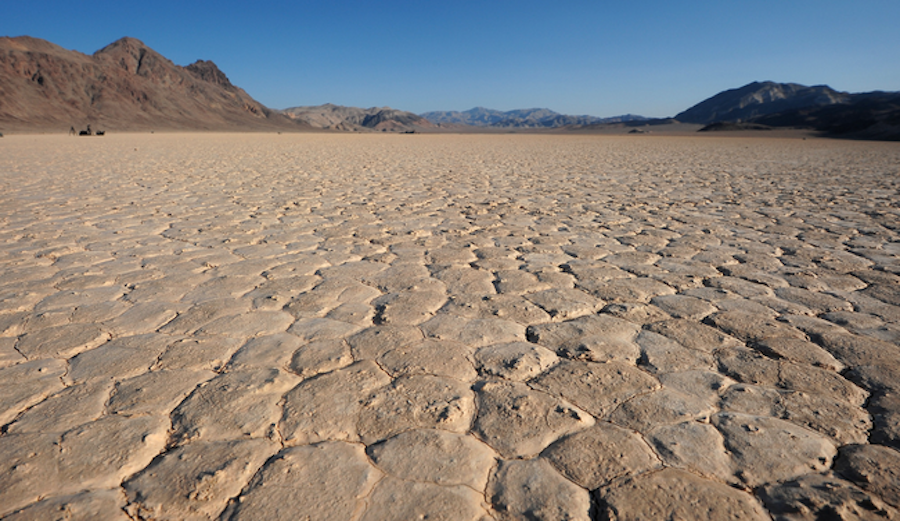 The last time California saw a drought like this one, it lasted for 2,000 years. Photo: Huffington Post/Shutterstock

California’s current drought is creating a hellish reality for residents, who’ve been forced to limit water use. Boundless lawns in Beverly Hills are yellowing. Jacuzzi pools aren’t being used. Corvettes are going unwashed, acquiring thin layers of dust like a damn peasant Honda or something. It’s blasphemy! When will the madness end? Welp…you better get used to it, California, because those lavish lawn fountains may have to remain turned off for quite a while.

A recent study from the Quaternary Science Reviews journal reveals that, while the current drought seems like the worst in California history, it is not. About 25,000 years ago, California (or what would become the Golden State) experienced a similar dry spell to the one today. However, that drought lasted for 2,000 years. It was like a reverse Ice Age. A “dry age,” if you will. Like a real life version of Mad Max.

By drilling deep into the sediment of Lake Elsinore, researchers were able to see a geological timeline of California’s weather patterns. They found that pine trees and junipers – which dominated the region – strangely went missing for a 2,000 year period around 25,000 years ago. The water-loving trees were replaced by less thirsty plants like herbs and shrubs typical of drier lands. And after the 2,000 year disappearance, the trees returned, meaning the water did too.

The Paleolithic drought bore clear similarities to the one California is experiencing today; both are two of the driest periods that have ever plagued the region. And with research showing that weather phenomena follow cyclical patterns, this current one could be a repeat of its predecessor. But luckily, by the time things start to get really bad, another environmental apocalypse – ahem, global warming – will come along to counteract it. California’s dryness will be swallowed up by the melting ice caps. We’ll go from Mad Max to Waterworld; we’re all good!