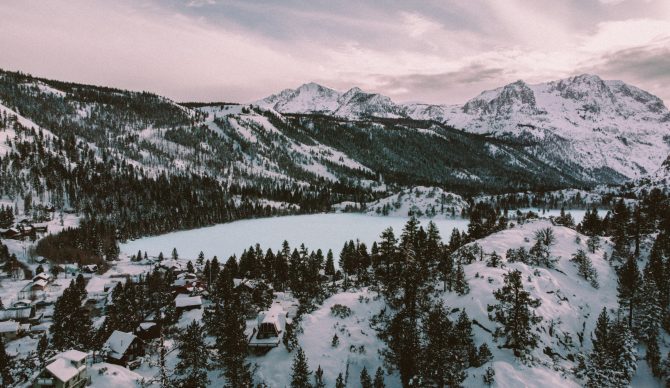 According to the California Department of Water Resources, the state has already recorded 64 percent of its average April 1 snowpack. While that number alone might not stand out as anything too extreme, it’s actually equal to 174 percent of the normal snowpack recorded by a date this early in the year. These are the third-largest totals in the past two decades for this time of year and Golden State officials are monitoring the trend closely in order to manage California’s water supply.

All these numbers are promising at first glance for a state that’s been battling a drought for a full decade. But it turns out that even a winter filled with as many early-season storms as this one hasn’t guaranteed much. The region’s snowpack finished 2021 at 160 percent of the normal average but closed the season at just 37 percent. And, in fact, California has started a new year with an above-average snowpack seven times in the past 20 years but only finished the season above average by April 1 twice.

“It’s just far too early to tell whether or not these storms will have an impact on the drought,” said Andrew Schwartz, lead scientist at the UC Berkeley Central Sierra Snow Laboratory near Donner Summit. “We were in this exact same spot last year. We were way above average, and then the faucet shut off in January through March,” adding that impacts on the drought won’t be determined until we turn those calendars on March and April.

These are all still considered early positive signs. There’s more snow predicted to start off the month and with an especially higher-than-average snowpack in the Southern Sierra, which has 206 percent of its annual January 3 average, amounting to 76 percent of its expected April 1 average, things are definitely looking up.