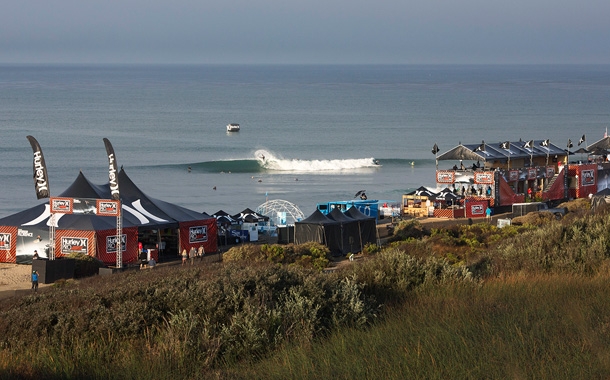 Waves For Water and ASP have partnered to implement clean water programs during every event of the season. Photo: W4W

Waves for Water has just been announced as the official charity partner for this year’s ASP World Tour. Through multiple events spanning across the globe, the partnership is expected to bring clean water to over 100,000 people in need. The affiliation will allow ASP to educate their large audience about world water issues.

“I’m excited about this partnership…it’s going to be a really fun initiative and I don’t think we can truly anticipate the impact it will have-not only on the places we choose to implement and help, but also for the surfing community as a whole,” said Jon Rose, founder of Waves for Water.

Rose started the foundation on the premise of doing what he loves, while helping others. The Waves for Water team will be implementing their programs at each of the 11 stops on tour, bringing surfing and clean water initiatives closer together. A percentage of the world tour funds will go towards W4W’s programs in each region.

Having clean water is a luxury most take for granted. Waves for Water takes existing solutions in the form of portable water filters into countries that need them. In addition to clean water initiatives, W4W has coordinated strategic disaster relief efforts throughout the world.