Deep-Sea Mining May Wipe Out Species We Have Just Discovered 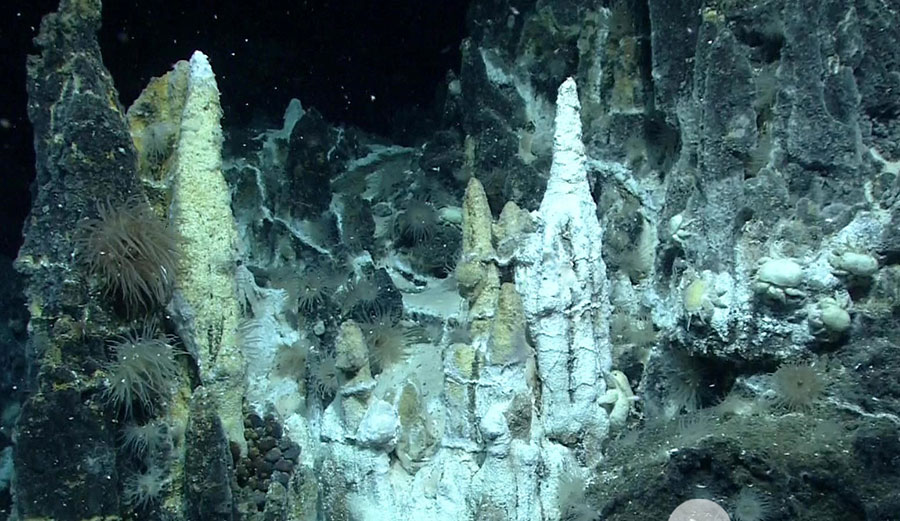 Deep sea hydrothermal vents harbour some of the most extraordinary species on our planet. Lying at two to three kilometers below the surface, these extreme, insular ecosystems are powered, not by the sunlight-driven photosynthesis that we’re used to, but by energy from superheated mineral-rich seawater jetting from cracks in the seafloor. This supports thriving and unique animal communities with a density of life that rivals tropical rainforests or coral reefs. From giant red tubeworms to iron-armoured snails, these species were once considered to be untouchable by human activity, but that may not be the case for very long.

There is growing industrial interest in the deep sea. Most importantly, this includes mining for metals like copper, lead and zinc which form the towering hydrothermal vent structures. The International Seabed Authority, the UN body responsible for managing the seafloor beyond national jurisdictions, has already granted 31 exploratory deep sea mining contracts, seven of them at hydrothermal vents.

It is still unclear exactly how these huge mining machines will impact the deep seafloor. But there’s no reason to expect it will be any more eco-friendly than mining on land. At the very least, mining will destroy habitats and release toxic sediment plumes, so scientists agree it’s not good news for deep-sea creatures. 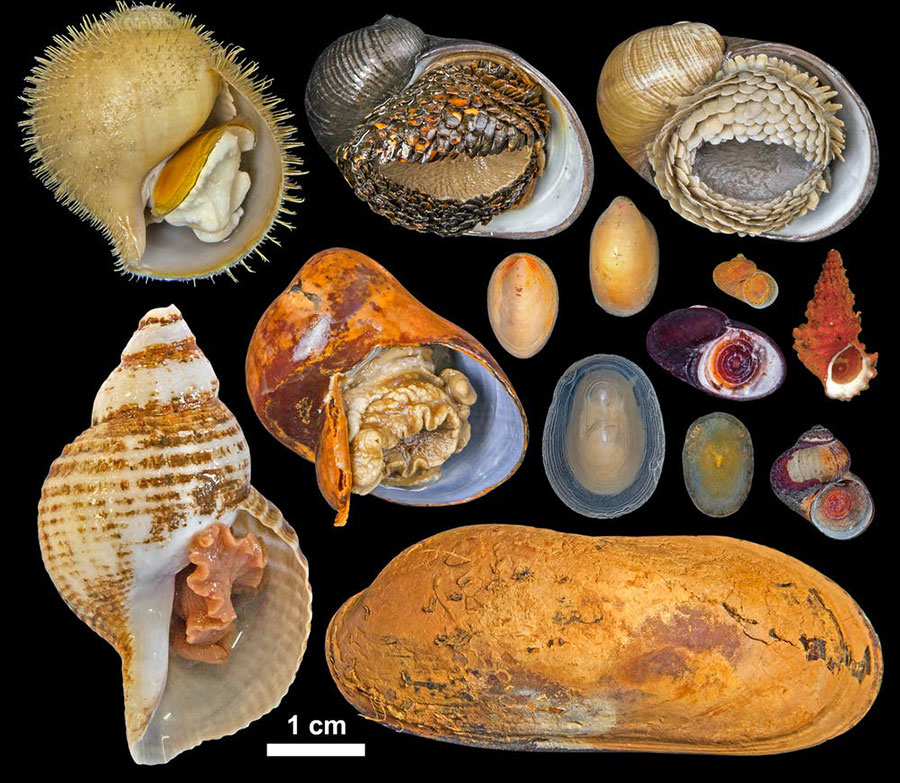 With these growing concerns, my colleagues and I saw a need for a simple but effective approach to help identify conservation priorities and clearly communicate the mining threat. The obvious choice was to collaborate with the world’s foremost conservation authority, the International Union for Conservation of Nature (IUCN), which publishes the Red List of Threatened Species. The IUCN Red List uses a series of universally renowned categories like “endangered” or “critically endangered” to raise awareness of threats and inform everyone of the extinction risk facing species.

We then applied the Red List criteria to all 184 vent-restricted mollusc species (snails, bivalves, and so on), one of the most dominant groups at hydrothermal vents. We found that almost two-thirds are threatened with extinction by deep-sea mining, with more than 20% listed as critically endangered. Our findings are now officially part of the updated Red List.

One species, the dragon snail Dracogyra subfusca, is only known from a single hydrothermal vent site around the size of two football fields in the Indian Ocean. This area of seafloor is under one of the exploration-phase mining contracts agreed by the International Seabed Authority and as a result the dragon snail, a species only discovered in 2017, is now considered critically endangered.

Another group of my favorite vent mollusks are the spiky-shelled punk rock snails Alviniconcha. All six species are now listed as vulnerable or endangered because of the threat of mining. 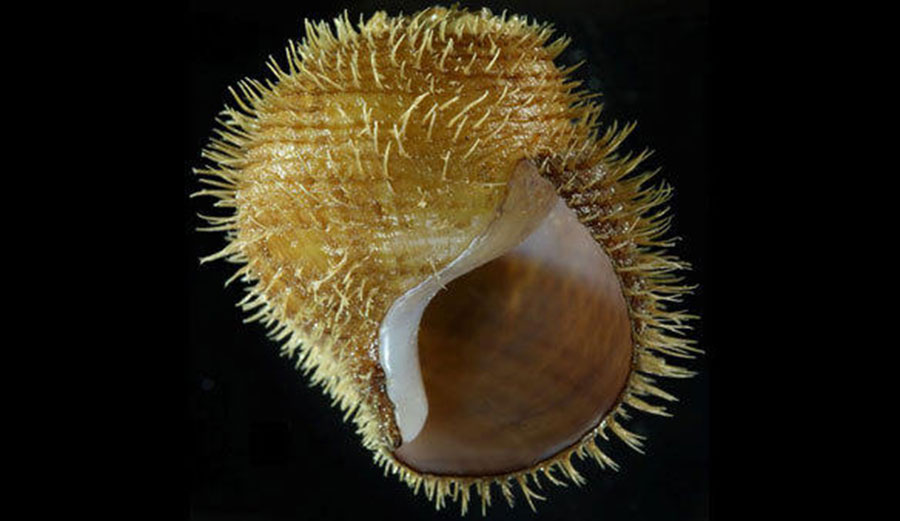 An Ecosystem Under Threat

These mollusks are likely representative of an entire ecosystem under threat. Unsurprisingly, since mining is the single biggest reason these animals are listed as threatened, any other groups of vent species assessed under the same Red List criteria would face the same levels of extinction risk.

Hydrothermal vents aren’t even the only target of the deep-sea mining industry. Further afield, there are contracts to mine the potato-sized lumps of metal found scattered on the seafloor and the cobalt-rich crusts of underwater mountains. Both ecosystems are similarly home to a host of unique species that may take decades to millennia to recover from any human impacts. 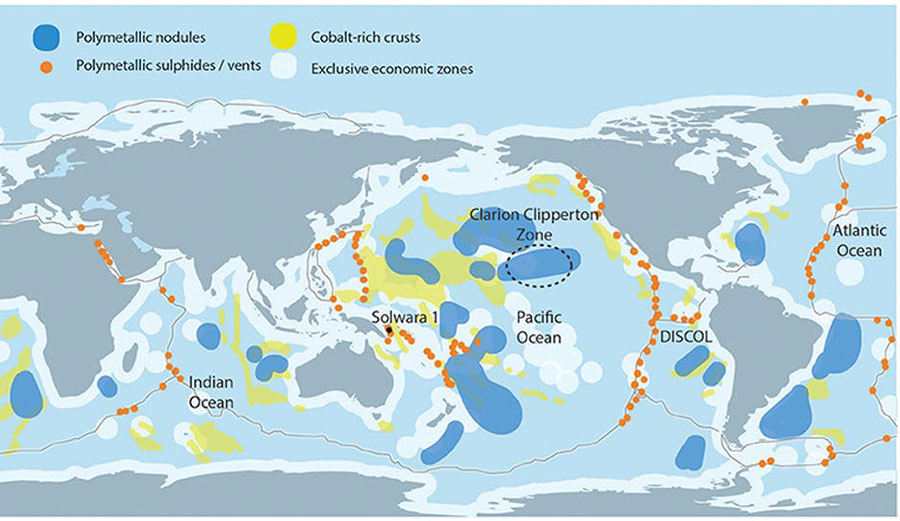 Why does this all matter? Deep-sea mining and its sustainability is a global issue – the deep seafloor is meant to be the “common heritage of mankind”, as defined by the UN’s Convention on the Law of the Sea, yet it’s easy to forget about the deep sea and its many wonders. In fact, you are likely reading this article on a phone or a laptop, possibly entirely unaware of the ongoing debate over whether to mine the deep to source the valuable metals needed to power these devices.

But the clear vulnerability of these habitats has already begun to dissuade people – just in the past few months, global corporations like Google and BMW have committed not to source materials from the seabed or to finance deep-sea mining. Delegates of the recent IUCN World Conservation Congress overwhelmingly voted in support of a moratorium on deep-sea mining.

There is an opportunity here not to make the same mistakes in the deep sea as were made on land. Ultimately, colleagues and I hope the vent Red List can provide a new platform to ensure the conservation of these unique deep-sea habitats. And if commercial-scale mining at hydrothermal vents is given the green light in the coming months, the extinction of some of the deep-sea’s most charismatic species is likely to be its legacy.