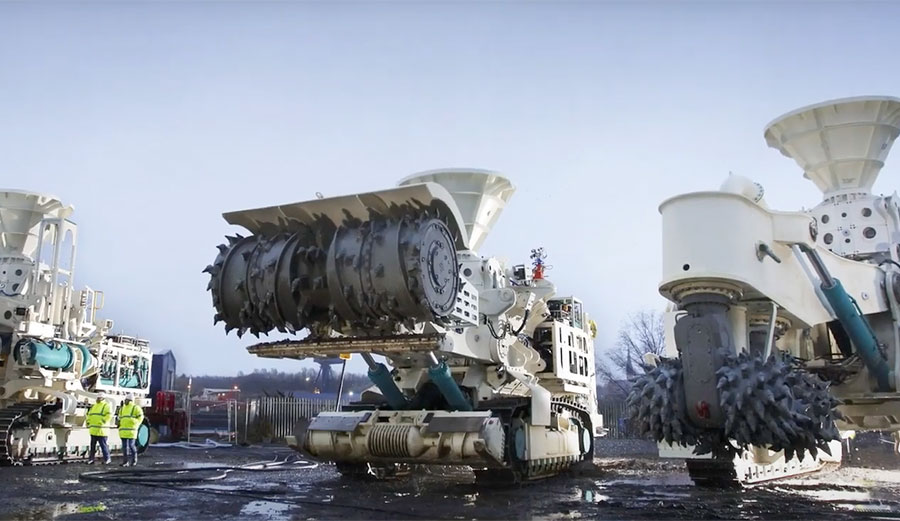 Patagonia has joined a call for a moratorium on deep seabed mining until we fully understand what we’re doing. Photo: IUCN/YouTube Screenshot

Patagonia has joined a call by multiple big businesses supporting a moratorium on deep seabed mining. The list of other companies involved includes Google, Volvo, Volkswagen, Philips, Scania, Tridios Bank, and Samsung SDI. The call asks that mining be paused until proper research and scientific studies have been completed. “We cannot allow extractive industries to keep raiding our land and water for financial gain,” the company wrote on Twitter.

We humans certainly do require a lot of energy. We drive around in vehicles powered for the most part by gas or diesel. We flip on our lights when it’s dark, we flip on our stove when we cook, we cover our bodies in clothing made with strange materials that require energy to create. The constant hum of electricity has become so ever-present in our lives that it’s nearly unnoticeable. Since there are eight-ish billion of us roaming around flipping on lights, driving, and ordering things online that come from the other side of the globe, the planet is, to put it lightly, heavily burdened.

It could be argued — has been argued, in fact — that mining the deep seabed might be our best option to provide cobalt, lithium, nickel, and all sorts of other minerals that would enable the move to electric vehicles, solar reliance, and an increase in wind farms in the future. But the risks are enormous.

“Mining would have a destructive impact on deep-sea ecosystems and biodiversity, which could have a knock-on effect on fisheries, livelihoods and food security and compromise ocean carbon, metal, and nutrient cycles,” reads a World Wildlife Fund article entitled In Too Deep: What We Know and Don’t Know About Deep Seabed Mining. “It also runs counter to the transition to a circular economy, undermining efforts to increase recycling and reduce the use of finite resources.”

The irony, of course, is that the big businesses involved in the call for a moratorium are just that: big businesses. And for the most part, big businesses do things that the planet would be better off without. At least, though, the call draws attention to just how disastrous mining the deep seabed could be. Simply put, if we screw up the ocean even more than we already have, we’re only screwing ourselves.

“Because of its sheer size, the deep sea constitutes the largest contiguous habitat for species and ecosystem diversity on Earth, and supports many unique and diverse ecosystem processes necessary for the Earth’s natural systems to function,” the call from these businesses reads. “Deep-sea ecosystems have experienced little disturbance from human activities up to now, and we know they are likely to have low levels of resilience. Given the slow pace of deep-sea processes, destroyed habitats are unlikely to recover within human timescales. Therefore, every human disturbance of these vulnerable ecosystems demands the highest precaution.”

The ocean and the ecosystems within it are more than just important. They’re necessities. Not only for us, of course, but for basically everything on Earth. For humans in particular, the ocean creates economies, livelihoods, food, and income generation. The ocean is basically our climate regulator. Since climate change, acidification, overfishing, pollution, and habitat destruction are already enormous issues, adding another one to the list without fully understanding the implications might be a bad idea.

It’s often said that we know more about the surface of the moon than we do about our deep seas. We do, however, know that there is likely fantastic wealth down there, and wherever there is fantastic wealth, there’s an industry that wants it, consequences be damned. But extracting minerals deep in the seabed could be an oversized boot on the already massive human footprint on these ecosystems.

“Next to direct destruction of ecosystems and loss of unique biodiversity and genetic resources when minerals are mined, damage and disturbance is also expected to arise from light, noise, and sediment pollution,” the press release explains. “Since deep seabed mining would affect areas at a continental scale, it’s important not only to consider these risks at a project level but to look at their cumulative impact.”

The deep sea is, despite the vastness and darkness, full of weird and beautiful life. It plays host to extraordinarily important planetary processes, like carbon sequestration. And although we get the gist of just how important it is, we have yet to fully understand it. What is a certainty, however, is the fact that a healthy ocean is essential for a healthy species.

“The lack of knowledge and the numerous risks to ocean health, fisheries, sustainable development and to important climate functions, point clearly to the need for precaution,” the release continues. “Instead of adding additional stressors, it is imperative that we work toward ocean protection and restoration to ensure a healthy ocean that can continue to provide social, economic, environmental and cultural benefits for humanity into the future.”

This is especially important right now. Aside from the obvious urgency that surrounds the climate emergency, the International Seabed Association meets this month to discuss mining regulations. The companies involved in the call for a moratorium want to show opposition to going in blindly.

“Mining the ocean floor could have devastating consequences on marine life and the environment,” the call for a moratorium concludes. “Before any potential deep seabed mining occurs, it needs to be clearly demonstrated that such activities can be managed in a way that ensures the effective protection of the marine environment…Until these matters are sufficiently addressed, we, the undersigned, support a moratorium on deep seabed mining as a matter of precaution and commit not to source minerals from the deep seabed; to exclude such minerals from our supply chains; and not to finance deep seabed mining activities.”

The move to a low-carbon future won’t be an easy one. We’ll have to navigate major structural changes in both our economy and our lifestyles in general. But rushing to mine areas that we know almost nothing about probably isn’t the best way to get to that future.