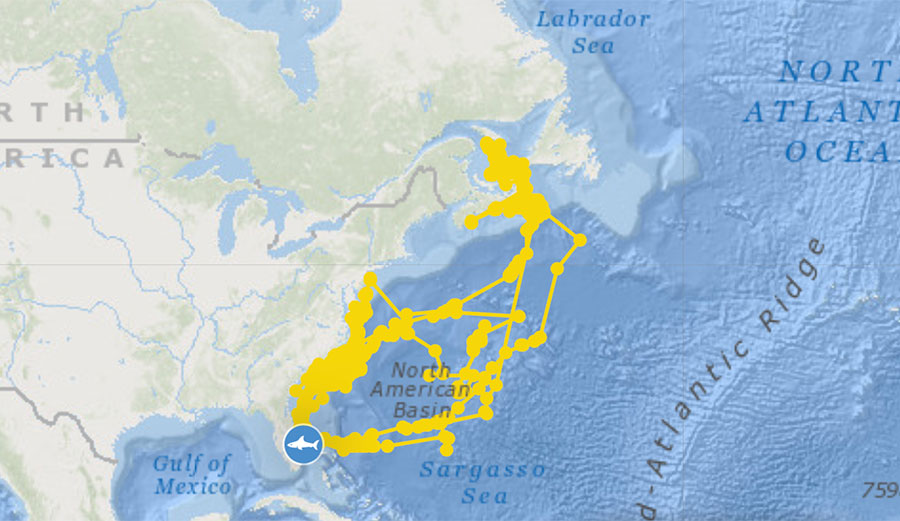 Breton is a regular Picasso, isn’t he? Image: OCEARCH

In 2020, OCEARCH tagged a pretty dang big great white shark. Researchers plugged a tracker on the adult male, gave him a pat on the fin, and let him go. Then they sat back and watched his movements in an effort to understand more about great whites’ habits. And recently, Breton appears to have accidentally drawn a bit of a self-portrait.

Breton, as we mentioned, is pretty big — not the biggest, by any means, but still big — and he was named after Cape Breton Island, Nova Scotia, where he was originally tagged. He spends most of his time swimming up and down the U.S. East Coast.

#ocearch can we talk about how Breton looks like he’s doodling a shark 😂 @OCEARCH pic.twitter.com/zKux7X1GcI

OCEARCH researchers put the tag on him and all the other sea creatures in an effort to learn more about their diet, migratory habits, and a range of other things. The team catches the sharks with landlines, guides them onto a lift and up to the deck of their vessel, and inserts hoses into their gills to ensure that water is flowing continuous over them. The sharks are then released, unharmed, to go about their day-to-day business. And for Breton, that apparently means doodling a picture of himself.