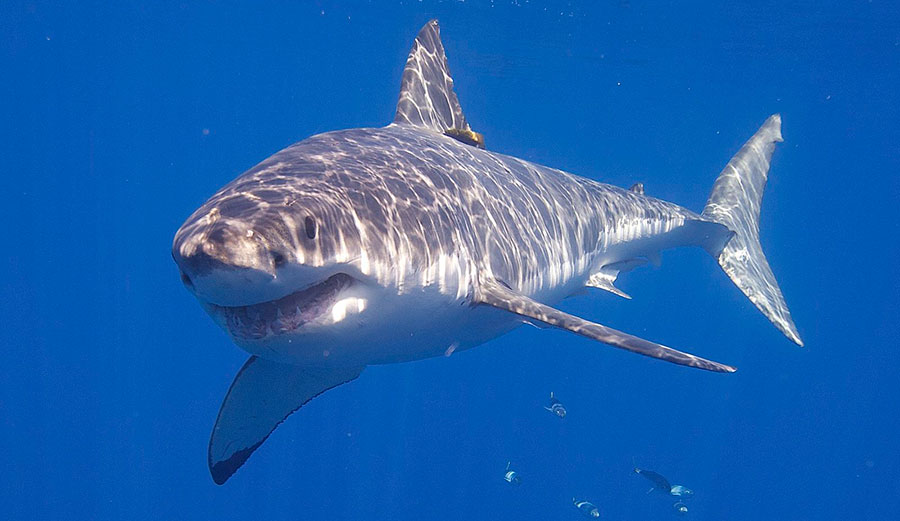 Not one great white shark has been spotted in False Bay in 2019. Photo: Wikimedia Commons

Cape Town, South Africa, is known as one of the sharkiest stretches of coastline on earth, but that looks to be changing. Researchers looking at the area over the last 18 months have reported a “complete disappearance” of great white sharks in False Bay, which is on the southwestern tip of South Africa. Jeffrey’s Bay, the place where Mick Fanning’s infamous shark attack occurred, is some 400 miles to the east.

“Shark Spotters have recorded a significant decline in white shark activity both along the inshore and at Seal Island over the past two years,” Shark Spotters, a shark safety and research organization based in Cape Town, said on Facebook.

According to IFLScience, between 2010 and 2016, researchers recorded an average of 205 great whites per year around False Bay. In 2018, only 50 were recorded. And this year, there hasn’t been one single confirmed sighting. Although it appears great whites have vanished, other sharks are still regularly observed. Bronze whaler sharks, a species that pose almost no threat to humans have been spotted in the inshore area.

It’s a puzzling occurrence, as the area has long been a hotbed of shark activity, but there are a few theories as to why the decrease in sightings has been so precipitously steep. “The arrival of a specific ecotype of Orca that predates on sharks,” Shark Spotters explained, “appears to have had a significant effect on the distribution of white sharks in our area.”

Another theory is that the disappearance is caused by overfishing. Shark researchers from South Africa say that long-line fishing in False Bay targets small species of sharks that make up a large portion of a great white’s diet. They’ve also suspected that many of the fishing outfits are illegally hooking great whites and killing them. And of course, there are some saying it could be a symptom of our changing climate.

“There could be some shift in the environment happening,” Meaghen McCord, founding director of the South African Shark Conservancy, said in August of 2018. “We’re just not sure, and with us being on the cusp of possible large climate-related shifts, few scientists are prepared to say anything conclusive just yet.”

Whatever the cause, the disappearance of sharks from an area normally jammed full of them has a lot of people worried. Great whites are apex predators and play a vital role in the management of the ecosystem. The tourist economy could suffer a big blow, as well. Shark cage diving tourism operators around Seal Island—which lies in the middle of False Bay—are used to seeing multiple sharks and up to 30 seal predations a day. In 2019, not one great white has been spotted there.

Whatever the cause of the disappearance is, Shark Spotters is still hopeful they’ll return. “The great white sharks may also return at any time,” the wrote. “We therefore urge water users to behave responsibly and to adhere to Shark Spotters’ warnings and to leave the ocean immediately when they hear the siren or are told to do so by a spotter or lifeguard.