Harvesting the Açaí Berry: Exploring the Nexus Between People, Planet, and Prosperity 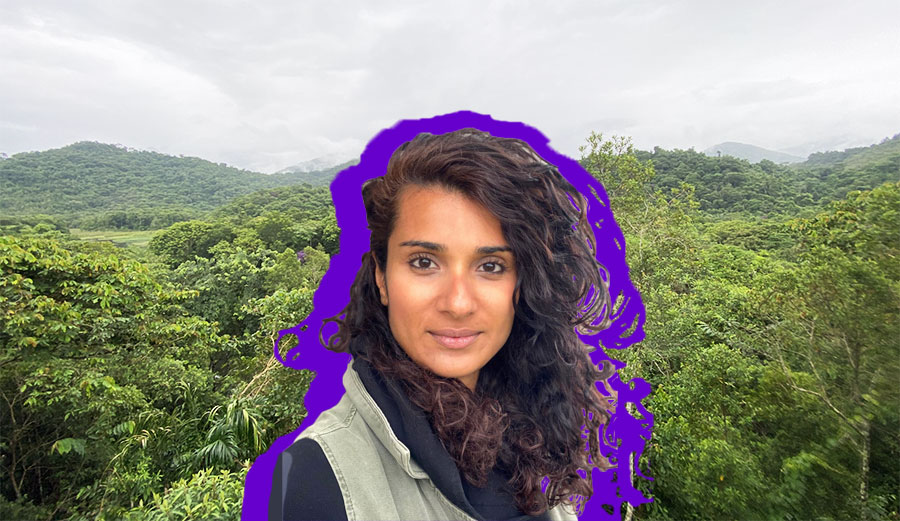 Asher Jay went to the Brazilian Amazon to find out exactly what it means to have a fair trade label on a product.

There are a lot of buzz words floating around the marketing world today. They can be hard to navigate sometimes, and it can be difficult to tell which companies are merely using them to trick you into thinking you’re doing something good by purchasing their product. Take, for example, the term “fair trade.” It’s a pretty basic concept: the people in developing countries who work for companies in the “developed” world should be paid fairly. But when it comes to the inner-workings of business deals, even that simple idea can get a little murky. “We’re told that it’s important,” says Asher Jay, a Nat Geo Explorer and creative conservationist who recently took a trip to Brazil to explore what the concept means. “We know that we’re supposed to support it, and we may even know that it has to do with the people who make the things we buy. Other than that, it’s not always clear.”

Asher Jay is an interesting woman. She’s an artist, a designer, a speaker, and a writer. She has two permanent exhibits at National Geographic Encounter in New York’s Times Square, she was named a United Nations Women Design Star, and, back in 2014, National Geographic designated her an Emerging Explorer. Her work, while varied, has a singular purpose: to incite global action on behalf of wildlife conservation. That work, of course, comes in many different shapes and sizes — and her trip to the Amazon was part of it.

“Asher went to Brazil and explored the behind-the-scenes of our operations and Fair Trade certification practices that encourage the sustainable management of the Brazilian Amazon,” said Sambazon’s Sebastien Marcq. Sambazon, of course, is a producer of all things açaí. “She’s presenting the positive impact of wild harvesting açaí and how we bring people, planet, and prosperity into all that we do.”

Jay created a series called Delicious Powers: The Positive Impact of Açaí, in which she looked at the effect that Sambazon is having on local communities living in and around the Amazon Rainforest. Sambazon — an acronym that stands for SustAinable Management of the Brazilian Amazon — is Ecocert Certified Fair Trade under Ecocert’s “Fair For Life” label, and they employ people living in the Amazon to hand-harvest açaí berries for the many products they make. Before Jay left, she studied the simplified list of requirements to have the “Fair for Life” label, and used it to get a firm grasp on what it actually means to be fair trade in the real world.

But, as you might imagine, getting from New York to the heart of the Amazon rainforest isn’t an easy journey. After legging it to Brazil, she found herself taking a seven-hour trip in a boat up the Amazon, a wild river with strong currents and surprisingly large waves. Eventually, she ended up in the Macacoari River, a tributary of the Amazon, where she visited a tiny family school in a village named for the river. The community in Macacoari has been directly impacted by Sambazon — so much that the children, when Jay designed a collaborative mural for them to paint, decided to put their logo in the center of it.

For people living in the Amazon, the timber industry is often one of the only ways to make money. Harvesting açaí, however, provides another route — and it’s one far less damaging to the environment. The method that Sambazon employs is, in their own words, a win-win solution that helps protect the Amazon Rainforest and supports your health and wellness. “[Sambazon] gives back to the community by ensuring fair pricing and consistency of wages,” Jay explained, “but it also ensures that the forest retains its value, genetic resilience, and integrity. This is the way in which we can find the nexus between community, commerce, and conservation.”

While working for a logging company might be tempting to someone in the Amazon with no other options, Sambazon gives the local people an alternative — and perhaps just as importantly, proves that a healthy forest can be just as valuable as one that’s been cut down. Through Fair Trade certification, Sambazon has helped protect up to 2.5 million acres of Brazilian rainforest and all thee rich biodiversity that it supports.

“They learned that the sustainable harvest of it was actually doing good things for people, like providing more income and more jobs to protect what is a wild-harvested crop,” said Jeremy Black, the co-founder of Sambazon. “They saw this idea of like, wow, you can actually make the standing forest more valuable than cutting down the forest.”

It was in Macacoari that Asher Jay finally gained a real understanding of Sambazon’s  take on what “fair trade” should mean. Sambazon pays the workers a purchase price higher than the market price. “This means that the people who are actually producing the product are being paid more for their work as part of this larger company than if they had simply sold through the market,” Jay wrote. “In the case of Sambazon, this provides the incentive for the 20,000 family farmers to come together and work towards a common goal.”

Sambazon also has a guaranteed minimum price for producers. Selling açaí through the market, buyers aren’t a sure thing. “Therefore, in the case of açaí, workers could be spending the same amount of time and energy collecting berries from high up in the palm trees two weeks in a row and one week they sell all of their produce,” says Jay, “while the next week they earn nothing as the berries go to waste. Instead, certified companies like Sambazon ensure that employees are always paid, even if there is a crisis in the produce.”

Maintaining the ability to make autonomous decisions is an important thing in smaller communities, so Sambazon invests up to five percent of its fruit purchases back into the communities where the fruit came from. This, of course, allows the locals to decide for themselves what the money should be spent on, whether it’s a new school, community center, or healthcare centers. Through its Fair Trade Fund, Sambazon has invested more than $800,000 to help finance schools, community centers, healthcare centers, medical centers, and the donation of water filtration systems. In each case, the community decides on how to allocate the funds.

All this is to say that Asher Jay’s trip into the Amazon proved something important: it is entirely possible to run a business that is both profitable and morally good. What it takes, however, is for people to vote with their wallets and purchase products from businesses that stand behind their word, treat workers fairly, and care for the planet we live on.

Editor’s Note: This piece was supported by our friends at Sambazon. See more episodes of Delicious Powers on Sambazon’s YouTube channel and find out more about Asher Jay on her website and Instagram. See more about Sambazon and all the good they do on their website.