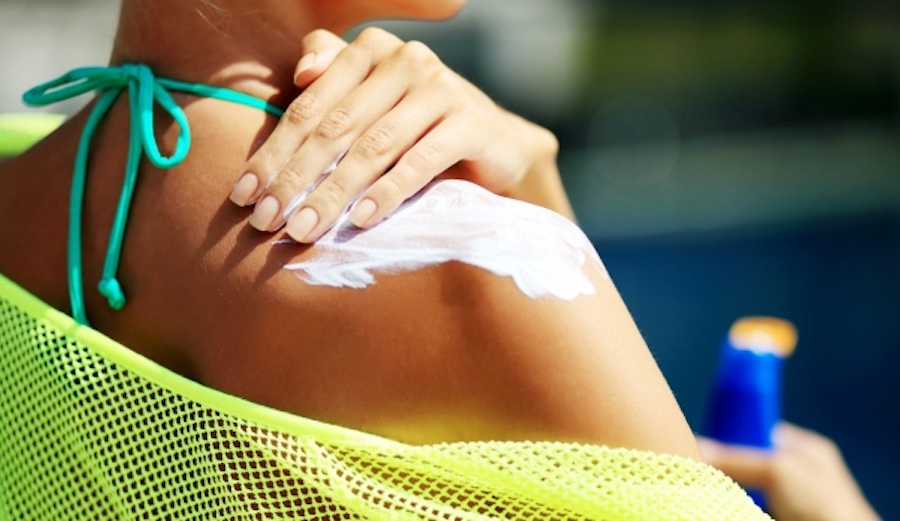 Many commercial sunscreens contain oxybenzone and octinoxate – both of which have damaging effects on coral and marine life. Photo: Shutterstock

Hawaii legislators passed a bill on Tuesday that would prohibit the sale of sunscreens believed to contain chemicals that are harmful to the islands’ coral reefs. If signed into law by the state’s Democratic governor, David Ige, it would make Hawaii the first state in the nation to ban sunscreens with the chemicals, which would go into effect in January 2021.

Prevailing research suggests that two chemicals present in some 3,500 sun protection products, oxybenzone and octinoxate, are extremely harmful to marine life and particularly coral reefs. Given tourism alone generates $14 billion annually for the state economy, it makes not just environmental but economic sense Hawaii would move to protect reefs that attract hundreds of thousands if not millions of snorkelers and scuba divers per year.

“Oxybenzone and octinoxate cause mortality in developing coral; increase coral bleaching that indicates extreme stress, even at temperatures below 87.8 degrees Fahrenheit; and cause genetic damage to coral and other marine organisms,” explains the bill. “Scientific studies show that both chemicals can induce feminization in adult male fish and increase reproductive diseases in marine invertebrate species (e.g., sea urchins), vertebrate species (e.g., fish such as wrasses, eels, and parrotfish), and mammals (in species similar to the Hawaiian monk seal).  The chemicals also induce deformities in the embryonic development of fish, sea urchins, coral, and shrimp and induce neurological behavioral changes in fish that threaten the continuity of fish populations.”

The scientific evidence is clear, but how much of both chemicals wash off the skin of swimmers and surfers in the ocean, really?It turns out estimates are pretty staggering.

According to an explainer posted recently on Hawaiian Airlines’ blog: “An estimated 20,000 people enter the ocean around just the island of Maui every day. If half of those people apply only a 1/2 ounce of sunscreen (less than the recommended amount), between 50-70 gallons of sunscreen wash into the water, one swimmer at a time, on that day. Imagine allowing someone to back a truck up to the beach to dump a barrel of sunscreen in the water. Unthinkable, but person by person, that is what is happening, and just on Maui, on one day.”

“Amazingly, this is a first-in-the-world law,” state Sen. Mike Gabbard, who introduced the bill, told the Honolulu Star-Advertiser. “So, Hawaii is definitely on the cutting edge by banning these dangerous chemicals in sunscreens.”

For the discerning consumer, there are a number of reef-safe sunscreens currently on the market to choose from. Last year, we reviewed six of them, which you can check out here.