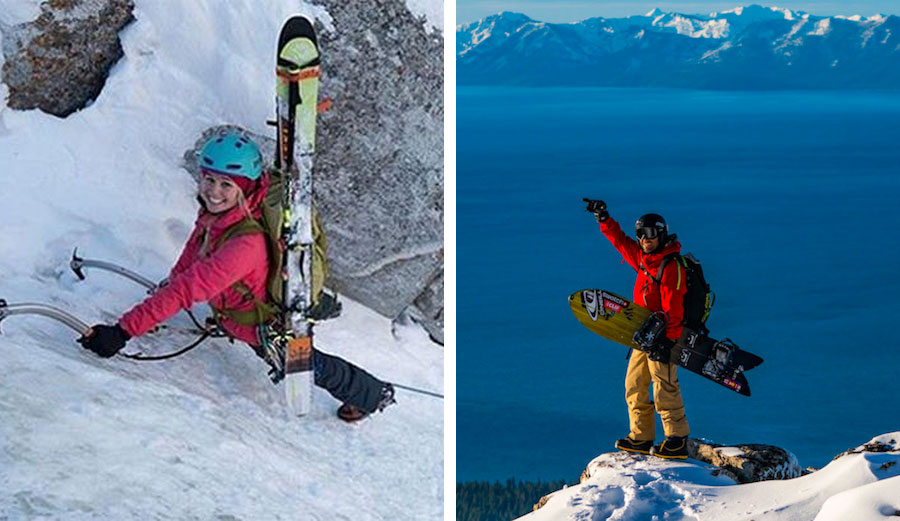 Caroline Gleich and Jeremy Jones, two icons in outdoor sports, are among a group heading to D.C. to testify in the Senate. Photos: Adam Clark/YETI

More and more athletes are using their names to bring awareness to the importance of protecting our natural world. On September 11-13, a whole bunch of them are heading to Washington to testify in the Senate.

On the docket for subjects to talk about is the protection of the Arctic Refuge, methane waste protections, clean energy innovation, transportation solutions, and the passage of the CORE Act.

The CORE Act (Colorado Outdoor Recreation and Economy Act), is a mashup of four existing bills, and if it’s passed, would protect “wilderness landscapes and recreational areas throughout the state on 400,000 acres of public land.” If it gets through, it would be the largest acreage set aside for protection in Colorado since 1993.

More than one fifth (20 percent) of our country’s emissions come from public lands. The CORE Act puts 200,000 acres in Colorado out of consideration for oil and gas development.”

These athletes are in a very particular set of people who have the ability to make a real change happen in the highest levels of government. Not only do they have an intimate understanding of some of the wildest places on earth, but they also serve as role models for millions of people. They can speak to them through their social media followings and have a lot of pull when it comes to instigating real action.

Although the current administration may not have the most stellar track record when it comes to environmental protection, there’s also the subject of money. The outdoor industry is a big one—$734 billion big. According to estimates, around 146 million people participate in outdoor recreation in some way, and with any luck, the majority of those people care deeply enough about their playgrounds to make their voices heard in a place where real long-term action can be taken.