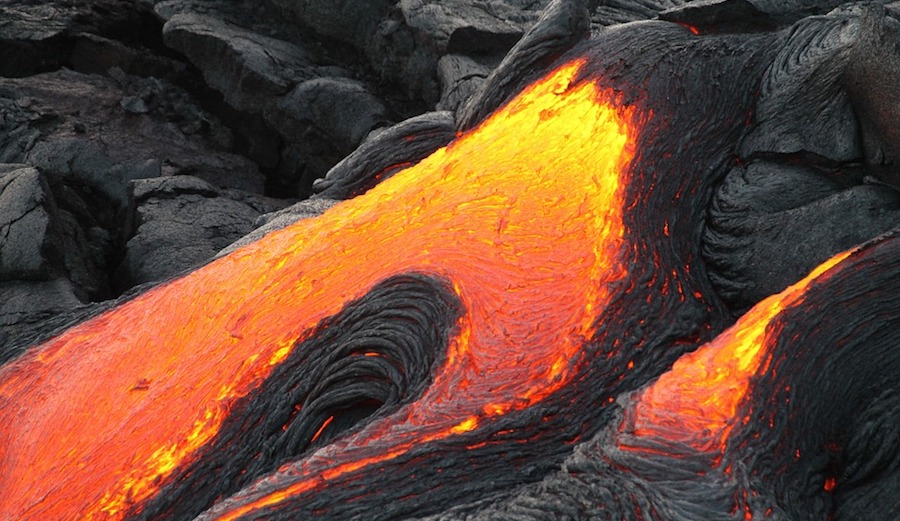 If someone asked you what lava sounds like as it slowly flows down a hill, what would you guess? Does it ooze? Does it gurgle? The answer might surprise you. Photo: Pixabay

At between 300,000 to 600,000 years old, Kilauea Volcano is the youngest of the five volcanoes that together form the island of Hawaii, also known as the Big Island. It’s been erupting continuously since 1983 but has been in the news lately after recent eruptions wrought destruction on neighboring towns.

Images of lava flowing through people’s backyards may have dominated the news several months ago – ask most people if they’ve seen photos of a lava flow, and the answer is likely yes. But, have you ever heard one?

As part of a multimedia feature called “Listen to the World” in the most recent issue of the New York Times Magazine, field reporters seek to capture the soundscapes of an array of natural and man-made places. Their first stop? Kilauea.

If someone asked you what lava sounds like as it slowly flows down a hillside, what would you guess? Does it ooze? Does it gurgle? It turns out lava actually sounds more like someone piling up broken bottles than anything. Weird, huh? Then, when the lava meets the sea, it cools and hisses in a crescendo of sound as old as time.

The whole feature that includes many other stops around the world is available here – it’s an audiovisual experience we couldn’t recommend more highly.