Eruptions and Lava Flows on Kilauea: What’s Going on Beneath Hawai’i’s Volcano? 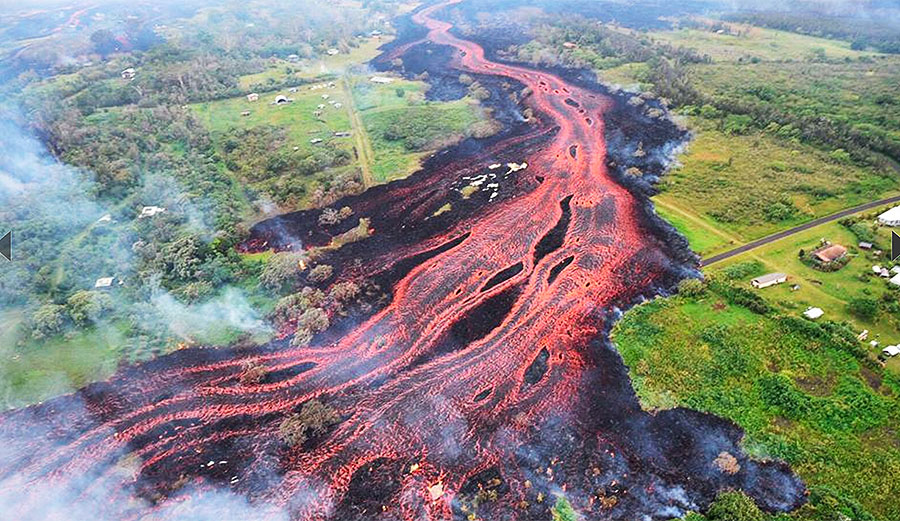 Saturday, May 19, 2018. A photo released by the U.S. Geological Survey shows lava flowing from fissures near Pahoa, Hawaii. Kilauea volcano began erupting more than two weeks ago and has burned dozens of homes, forced people to flee and shot up plumes of steam from its summit that led officials to distribute face masks to protect against ash particles. Image: U.S. Geological Survey via AP

Over the past few weeks, we’ve seen increasingly spectacular images reported in the news of the ongoing eruption at Kilauea volcano, on the Pacific island of Hawai’i. These have been tempered by reports of growing destruction, with houses and infrastructure bulldozed, buried or burned by lava flows.

Yet Kilauea is one of the world’s most active volcanoes, and has been erupting continually since 1983. So what has triggered this sudden change in activity, threatening homes and livelihoods? The answer relates to what is happening beneath the volcano.

Activity at Kilauea is driven by the buoyant upwelling of a plume of hot mantle, which provides the heat to generate magma beneath the volcano. This magma has the potential to erupt from several different locations, or vents, on the volcano.

Typically, the crater at the summit of the volcano is where eruptions are expected to occur, but the geology of Kilauea is complex and a rift on the eastern side of the volcano also allows magma to erupt from its flanks. Over the past decade both the summit crater and a vent on the eastern rift, called Pu’u O’o, have been continually active. The summit crater has hosted a lava lake since March 2008.

Lava lakes are relatively rare features seen at only a handful of volcanoes around the world. The fact that they do not cool and solidify tells us that lava lakes are regularly replenished by fresh magma from below.

In contrast, Pu’u O’o, 18km east of the summit crater, has been pouring out lava flows since 1983. In the first 20 years of this eruption, 2.1km³ of lava flows were produced, equivalent in volume to 840,000 Olympic swimming pools. All of this tells us that Kilauea volcano regularly receives lots of magma to erupt.

Over the past three weeks, activity at Pu’u O’o has stopped, while a series of fissures has opened roughly 20km further east in a subdivision known as Leilani Estates. This area was previously affected by lava flows in 1955. To date, 23 fissures have opened, starting off simply as cracks in the ground, with some developing into highly active vents from which significant lava flows are forming.

At the moment, the longest flows are about 6km long, having reached the ocean. This is a further cause for concern, as the lava reacts with seawater to form a corrosive mist. 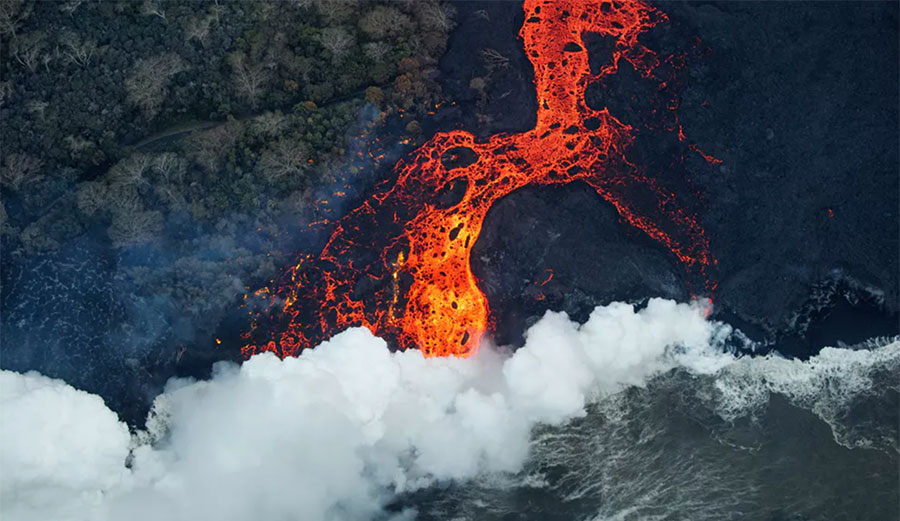 Meanwhile, at the summit of the volcano, the lava lake has drained from the crater, sparking fears of more explosive eruptions, as draining magma interacts with groundwater.

Satellite instruments and high-resolution GPS are being used to monitor changes in the shape of the volcano and have found that the summit region is deflating, while the lower east rift zone, where new fissures have opened in recent days, is inflating.

Where is the magma going? Observations of ground inflation around the newly opened fissures to the east indicate that the magma is being diverted down the east rift and accumulating and erupting there instead.

Exactly what has caused this rerouting of the magma is still not clear. A magnitude 6.9 earthquake occurred in the area on May 4 and this may have opened a new pathway for magma to erupt, influencing the geometry of the lower east rift zone. 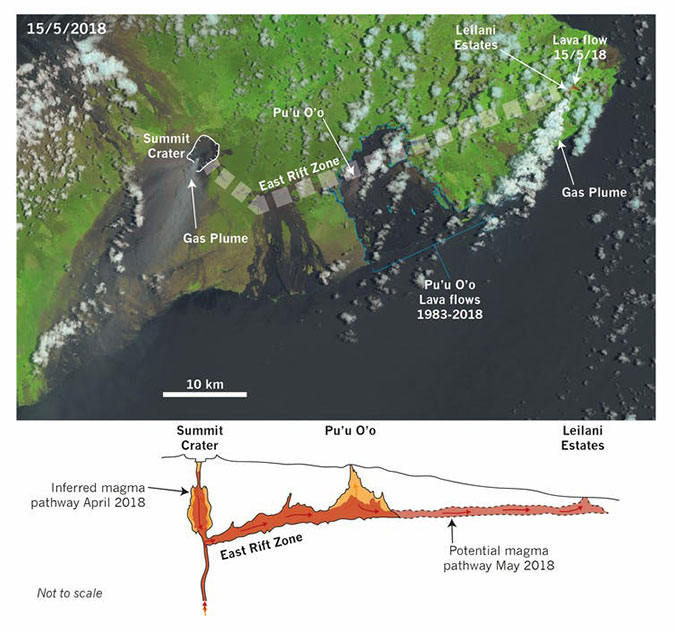 A Landsat8 image (top) of Kilauea volcano taken on March 15, 2018. The relative location of the various vents are marked, and a red, glowing lava flow can just be seen in the north-east of the image. The graphic (bottom) shows an inferred magma pathway below the volcano. Image: NASA/Chris Firth, Author provided

Lessons for the future

By combining measurements from Kilauea of ground deformation, earthquake patterns and gas emissions during the current eruption, with observations of the lava that is erupted, volcanologists will be able to piece together a much clearer picture of what triggered this significant change in eruption over the past few weeks. This knowledge will be crucial in planning for future eruptions, both at Kilauea and at other volcanoes.

Eruptions from the flanks of a volcano can pose a much more significant hazard for the local population than those from a volcano’s summit, as many more people live in the areas that are directly affected. 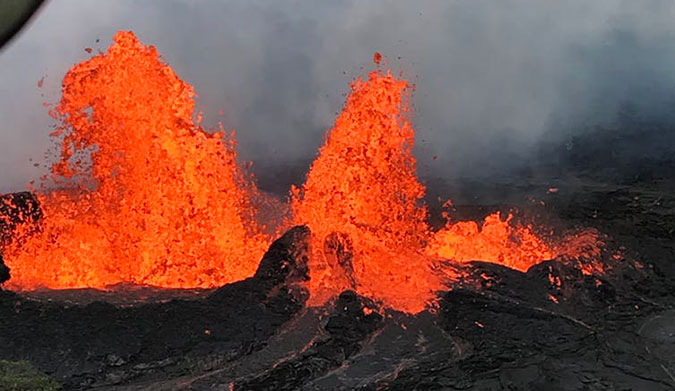 This has been amply displayed over the past few weeks on Kilauea by the fissures opening in people’s gardens and lava flows destroying homes and infrastructure.

But Kilauea is not the only volcano to have flank eruptions. For example, lava flows famously emerged from the lower slopes of Mt Etna in 1669, destroying villages and partially surrounding the regional centre of Catania, on the east coast of Sicily, Italy.

Lessons learned from the current eruption of Kilauea can equally be applied to other volcanoes, like Etna, where more densely populated surroundings mean that the hazards posed by such an eruption would be even greater.