The Lituya Bay Megatsunami: Here’s the Story Behind the Largest Wave Ever Recorded 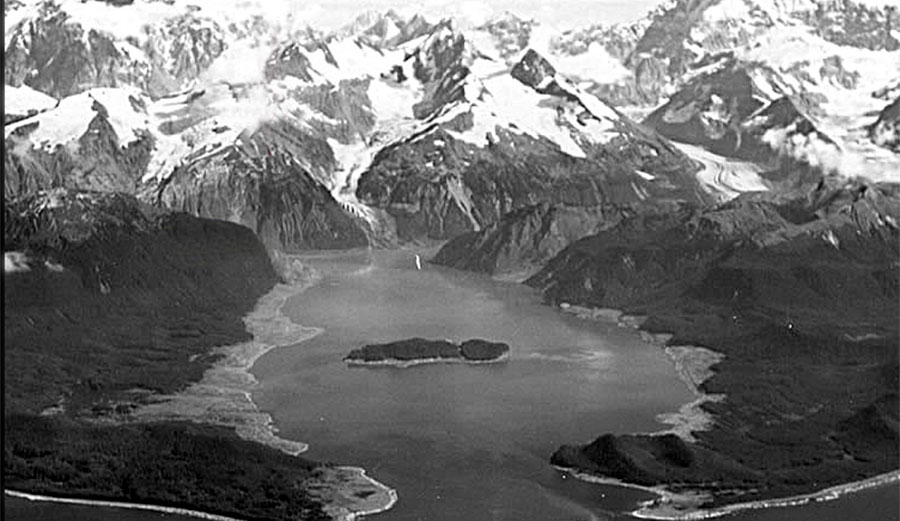 Damage from the 1958 Lituya Bay megatsunami can be seen in this oblique aerial photograph of Lituya Bay, Alaska as the lighter areas at the shore where trees have been stripped away. Photo: Wikimedia Commons

At 10:15 p.m. on July 9, 1958, the Great Alaska Earthquake shook the hell out of the Gilbert Inlet. It occurred when the Fairweather fault slipped, triggering an earthquake that measured 7.8 to 8.3 on the Richter scale. That set off a chain of events that led to the largest megatsunami ever recorded: the Lituya Bay megatsunami.

The earthquake was of the strike-slip variety, in which two slabs move horizontally beside each other along a vertical fault line. When it hit, it shook loose some 30-million cubic yards of rock from a cliff that dropped into a narrow inlet (Lituya Bay). It wasn’t a short drop into the bay, either. All that debris fell from as high as 3,000 feet before landing, displacing an enormous amount of h20, which was shoved forcefully through the narrow strip of water towards the entrance of Gilbert Inlet. By the time it reached it, the megatsunami’s devastation reached 1,720 feet in height. Over a thousand feet of ice was sheared from the Lituya Glacier. Trees were ripped out by the roots, soil washed away down to the bedrock, and anything and everything that stood in the way was demolished in the blink of an eye.

According to reports, only five people were killed. Many more were injured and left homeless. Two of the people who died were on a fishing boat in the bay. In nearby Yakutat, bridges were destroyed, docks were ripped to splinters, and underwater communication cables were ripped from the seabed.

Incredibly, a fisherman named Howard Ulrich and his 7-year-old son were struck by the wave, but their boat, the Edrie, managed to stay above water. They both survived to tell the tale. Ulrich and his son were anchored in an inlet when the earthquake hit. Running up to the deck, he observed the wave forming. He recounted the experience in a paper published in 1960.

“The wave definitely started in Gilbert Inlet, just before the end of the quake,” he explained. “It was not a wave at first. It was like an explosion, or a glacier sluff. The wave came out of the lower part, and looked like the smallest part of the whole thing. The wave did not go up 1,800 feet, the water splashed there.” 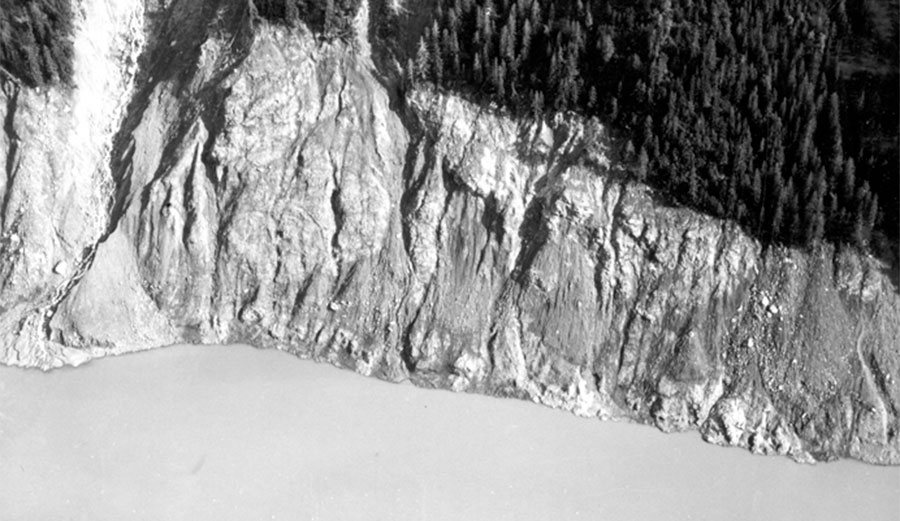 According to the paper, the wave hit Ulrich’s vessel about three minutes after he spotted it. The Edrie was taken to the bay’s southern shore and then sucked back near the center again before Ulrich could regain control. That first wave, however, wasn’t the only wave, and he and his son endured subsequent waves up to 20-feet high before they finally escaped the bay.

Now, all these years later, evidence of the enormous wave is still visible. A line of damage reaching up to 700 feet around the outside of the bay is visible from an aerial perspective, and it remains the source of researchers’ interest. Interestingly, this likely wasn’t the first megatsunami to hit Lituya Bay. There is evidence of at least five others over a 150-year period, the first of which came from Jean Francois de Galaup, who was the first European person to sail into the the bay. In 1786, he wrote that all trees and vegetation had been ripped from the shoreline. Based on old photographs, between 1854 and 1916 there was at least one — if not two — tsunamis. In 1936, it’s believed a wave reached nearly 500 feet up the sides of the bay.

It’s likely that this will happen again at some point in the future, and the more researchers study the event, the better the chances of developing an early warning system.