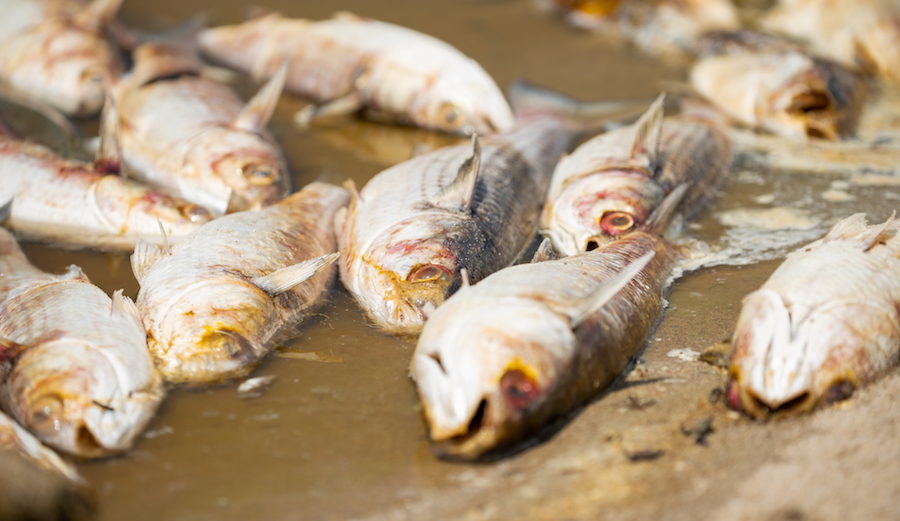 Officials are still trying to determine the cause on Monday, but no official statement has been made.

In an interview with the Malibu Times, California State Parks Angeles District Superintendent Craig Sap that the cause may be associated with elevated water temperatures in the lagoon and surrounding waterways.

“From what Jamie—the environmental scientist that was down there— [said], it’s probably … because it was 28 degrees Celsius,” or about 82 degrees Fahrenheit, Sap told the Times. “It may be related, dissolved oxygen seems fine, but that’s all they can come up with at this point.”

“I’ve seen—not to this degree—but historically, I’ve seen this happen before. I can’t recall how long ago, but I’ve seen some die-offs,” Sap said.

Some local residents have a different theory blaming a 2012 restoration project. Wendy Dunn reportedly told KTLA5 that California State Parks “ignored project management plans for proper breach points, which would allow the lagoon water to mix with fresh ocean water and keep oxygen levels where they need to be.”

The district superintendent didn’t immediately respond to The Inertia’s request for further comment on the matter.

The event occurs as parts of Southern California are observing some of the highest ocean surface water temperatures ever on record.