Meet Eurythenes Plasticus: the Newly Discovered Creature Named for the Plastic In Its Gut 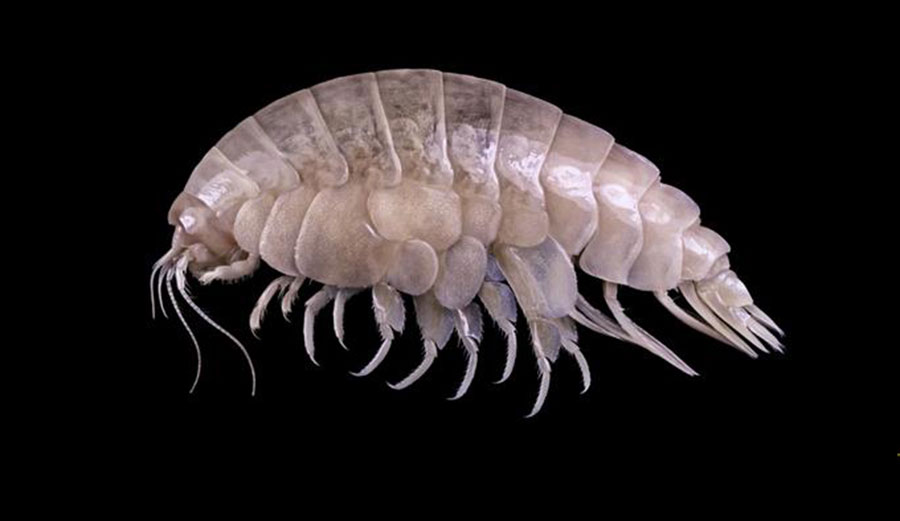 This is the species Eurythenes plasticus, so named for the plastic found in its hindgut. Photo: WWF

Well, it’s official: there is so much plastic floating around out there that we’re naming newly discovered animals after it. Meet Eurythenes plasticus, a fingernail-sized amphipod that lives in a place where there should definitely not be plastic. Recently discovered in the Pacific Ocean’s Mariana Trench at a depth of a little more than 20,000 feet, the crustacean was so named because researchers found microplastics in its body. In doing so, they want to take a figurative stand against the far-reaching effects of plastic pollution.

Eurythenes plasticus was discovered by researchers from Newcastle University between Japan and the Philippines. “With this name,” explained the head of the research team, Alan Jamieson, “we want to send a strong signal against marine pollution.”

The individual animal that the researchers coined the name for had a microplastic fiber in its hindgut. The fiber was 83.74 percent similar to polyethylene terephthalate (PET) which is the chemical name for polyester. According to the PET Resin Association, it is used “for packaging salad dressings, peanut butter, cooking oils, mouthwash, shampoo, liquid hand soap, window cleaner, and even tennis balls.” 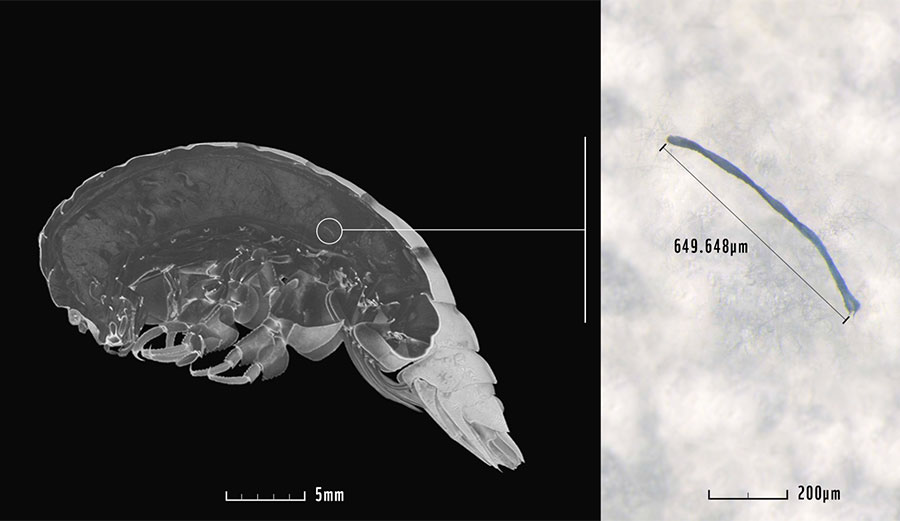 The newly-discovered species, Eurythenes plasticus, shows us how far reaching the consequences of our inadequate handling of plastic waste truly is. Image: WWF Germany

While it’s been known for some time now that our trash has infiltrated all corners of the globe, it’s still a little shocking to find that it’s also infiltrated previously unknown species. “Finding a new species that we didn’t know was there before and finding plastic in it, just shows how widespread this is as a pollutant,” Johanna Weston, a Ph.D. student and first author of the study, told IFLScience.

PET, as you have likely heard, doesn’t break down naturally. Instead, it just degrades into smaller and smaller pieces that eventually end up inside the guts of tiny crustaceans like Eurythenes plasticus. Those get eaten in turn by larger creatures, then larger, then make their way up the food chain either to us or to some other animal who shouldn’t be eating plastic.

According to the study, Eurythenes plasticus isn’t a choosy eater. Since there isn’t all that much food available in the deep sea, that’s probably a good thing — you’ve got to get it where you can get it, after all. But since the deep sea is also the end of the road in terms of where plastics can come to a final resting place, the little scavengers appear to be dining on it regularly.

“The newly discovered species Eurythenes plasticus shows us how far reaching the consequences of our inadequate handling of plastic waste truly is,” said Heike Vesper, Director of the Marine Programme at WWF Germany, in a statement to the press. “There are species living in the deepest, most remote places on earth which have already ingested plastic before they are even known about by humankind. Plastics are in the air that we breathe, in the water that we drink, and now also in animals that live far away from human civilization.”