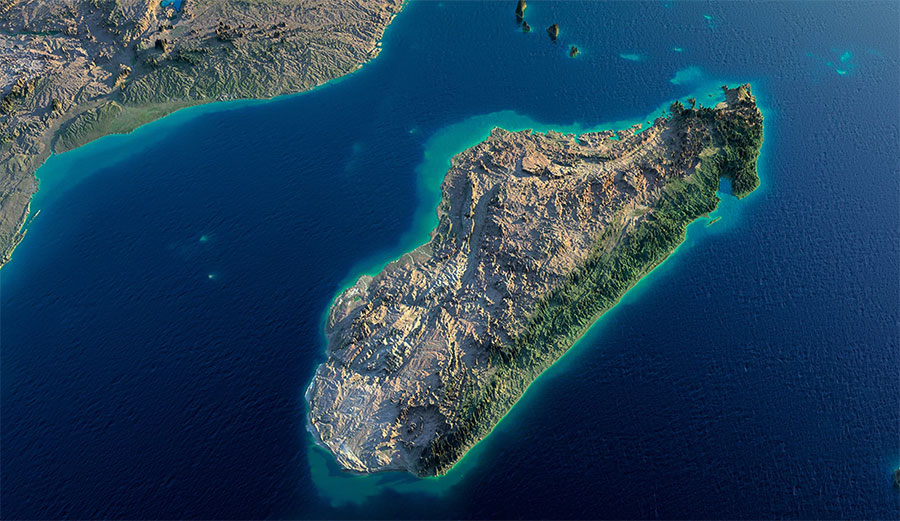 A new ocean current was recently discovered off the coast of Madagascar that feeds into the Mozambique channel and affects the greater Agulhas Current system. Image: Shutterstock

Back in 1855, a book called The Physical Geography of the Sea was published. It was written by Matthew Fontaine Maury, who was the man in charge of the Depot of Charts and Instruments for the U.S. Navy. It was the first time a real description of the currents that circle the globe had been put on paper, and although sailors had known the basics of them for decades, it proved to be a book that would help mould the world of man and the sea. Now, more than 150 years later, a new ocean current has been discovered off the coast of Madagascar.

As one would expect, since the publication of Maury’s book, the oceans’ currents have been pretty well completely mapped. They do, after all, affect nearly everything on earth, including the climate. In very simple terms, they’re giant conveyor belts that transfer warmer water from the equator to the earth’s poles and colder water to the tropics. In doing so, they keep the ocean at a relatively steady temperature, which counteracts the radiation from the sun that hits the Earth’s surface unevenly.

The new current has been named the Southwest Madagascar Coastal Current, and it’s no small feat. “I think we’ve discovered most of the major currents,” Marjolaine Krug, study co-author and a researcher at the Council for Scientific and Industrial Research in South Africa, told Live Science. “One of the reasons why this one was not known is that the region has been very much undersampled.”

Although the Southwest Madagascar Coastal Current isn’t large compared to others, it is an extremely important one—a fact that makes it all the more surprising that researchers haven’t noticed it until now. At just over 60 miles long and about 1000 feet deep, it moves some 264 million gallons of water each second south along the coast of Madagascar and into the Agulhas Current, which, as one of the strongest currents in the world, plays a very important role in the eventual path of many tropical storms. “The Agulhas is the equivalent of the Gulf Stream, but for [the] Southern Hemisphere,” Krug told Live Science.

The discovery will likely lead to a wealth of new information about how we look at the intricacies of the inner working of the ocean. “The Southwest Madagascar Coastal Current has a downstream impact on the upwelling system at the south of Madagascar which is a physical process inducing local fertilization,” reads the study’s abstract. “As such, the Southwest Madagascar Coastal Current has key implications for studies about the greater Agulhas Current system, remote connections between oceanographic systems, biophysical coupling in upwelling systems, fisheries management, local livelihoods, and so forth. The uncovering of the SMACC has significant implications for the improved broader understanding of ocean systems around the world.”