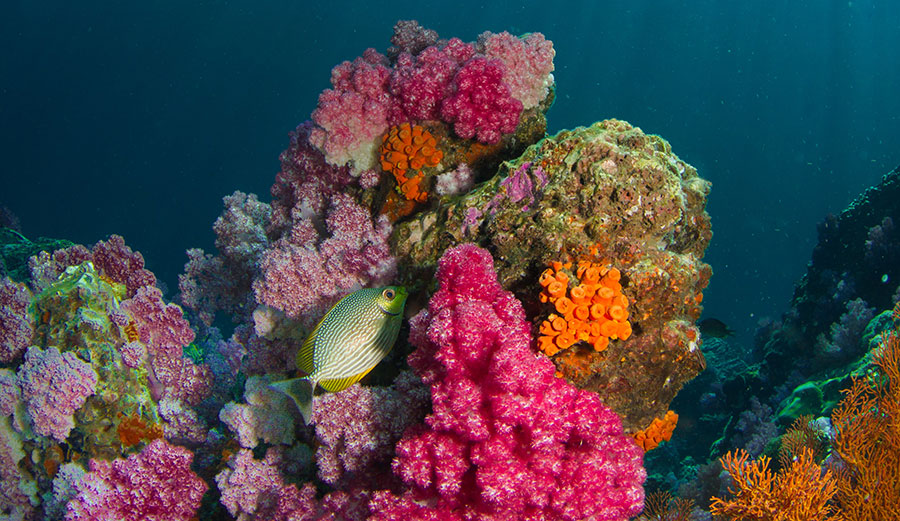 The world’s coral reefs, like this one in Ko Lipe, Thailand, are in dire straits. Photo: Milos Prelevic/Unsplash

We’ve known that the world’s coral reefs have been in dire straits for a long time now, but a new study by the University of Leicester in England warns that we’re not doing nearly enough to protect them.

“Forecasts show that coral reef ecosystems around the globe — key to huge numbers of marine species and a source of food, livelihoods, and cultural heritage for half a billion people — are likely to become functionally degraded by 2050, if the goals of the Paris Agreement are not met,” the authors wrote.

Coral reefs have been called the “canaries in the coal mine” of climate change. They’re an early indicator of how much our actions are affecting the planet, and those canaries are dropping dead in their cages.

The study was done by an international team of environmental scientists that make up The Vibrant Oceans Initiative, and, as you might expect, it came with a pile of recommendations that basically amount to this: stop ruining the planet. They presented their research at the Our Oceans Conference held in Palau in mid-April.

Let’s say, just for the sake of argument, that we’re able to drastically reduce emissions around the world. Even if we’re able to do that and global warming stays below the 1.5°C above pre-industrial levels (which is the goal), “up to 90 percent of the world’s corals could still vanish in the next three decades, leaving behind a reef structure that will lose many of its functions.”

“Our research has shown that coral reefs have been severely impacted by ocean warming in the past three to four decades, yet some reef locations show lower rates of warming or benefit from mitigating circumstances due to local oceanography,” said Jens Zinke, a Professor of Palaeobiology at the University of Leicester. “Some reefs have the ability to resist or recover from thermal stress faster than others, and these reefs may serve as sanctuaries under future warming. This is a major new research direction — to find those locations and protect them before they are gone.”

Back in 2018, Vibrant Oceans pointed out 50 reef systems throughout the world that are the likeliest to survive our warming oceans. They’re mostly in the Pacific and Indian oceans, although a handful are in the Caribbean and east of Africa.

But now, a few years later, researchers say we need to expand the portfolio and find more reefs that are more resistant to climate change.

The recommendations, which were presented in a paper entitled “Forecasting Climate Sanctuaries for Securing the Future of Coral Reefs,” include the continuation of the 50 Reefs approach as “climate change avoidance sanctuaries,” making it a priority for investment in coral reef conservation. Expansion of the 50 Reefs conservation portfolio for climate change to include coral resistance and recovery sanctuaries as well as more regional support for the program, especially financing. More data-driven monitoring and prediction efforts and using those numbers to guide investment. And finally, embracing a far-reaching approach to the management of 50 Reefs sites, including connections to broader seascapes, fisheries and water quality management. Mitigation of other pressures like industrial development are key as well.

In short the study emphasizes that protecting these coral reefs and the life that they sustain will help protect humanity, too.