Patagonia Founder Yvon Chouinard: “Voting Is Not a Waste of Time” 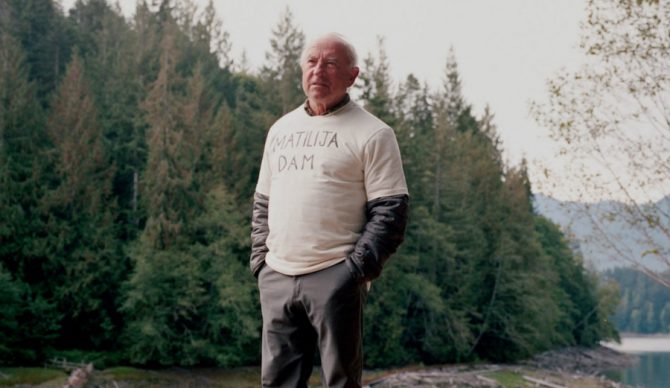 Patagonia founder, Yvon Chouinard, at the start of the Elwha Dam removal, the largest in the history of the United States. His shirt calls out the dam he’d like to see come down next. Photo: Michael Hanson

A few weeks ago, Kelly Slater hosted an art show in Venice called “Apolitical Process”. It was a political statement that wasn’t. Among the artwork were pieces featuring the Clintons, the Trumps, and reflections on violence in America, ironic given the name of the show was Apolitical Process. But one comment in particular caused quite a stir in The Inertia office. In the process of interviewing Kelly about the show, he disclosed that he didn’t plan to vote come November. I was particularly annoyed. I appreciated Kelly’s ability to be candid and vulnerable by answering the question truthfully, but his justification was that he’s never in town in November.

It seemed like a copout to me. It bummed me out. Voter turnout rates in US elections are particularly low among industrialized nations. And in this election, due to the record unpopularity of both candidates, it’s likely that a large contingent of the population will actively choose not to vote for either. But in my view, exercising your civic duty is most important when the decision is difficult, and much less so when it’s easy. Not only that, it would be seriously unfortunate if a large swath of Americans felt so disenfranchised by the presidential election that they chose not to vote even on state and local issues – things that often have a more tangible impact on the everyday life of citizens. In an effort to balance the discussion a bit, we reached out to our friends at Patagonia to see if we could republish an open letter (originally published here) the company’s founder, Yvon Chouinard, penned in an effort to emphasize the importance of voting in America. They kindly gave us the green light. Below is the letter in its entirety: 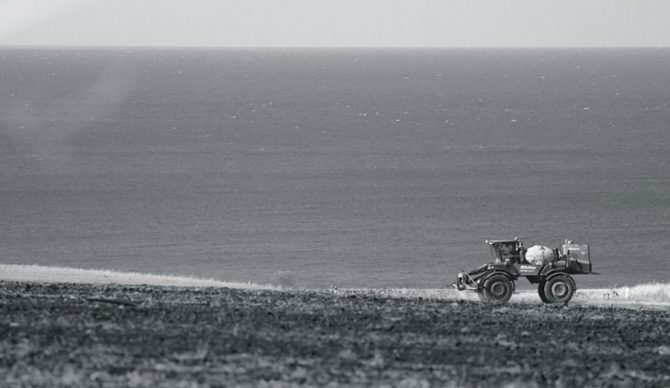 The west side of Kaua’i is considered the global ground zero for the experimentation of genetically engineered seeds and the pesticides that accompany them. Waimea, Kaua’i, Hawai’i. Photo: Danya Hakeem

“In the United States, only 60 percent of eligible citizens bothered to vote in the last presidential election. Of those, many voted only for president and left the rest of the ballot blank.

They say all politics is local. Why wouldn’t all of us care about who we elect to teach our kids or whether we clean up the local creek or canal? Shouldn’t we care about drinking lead-free water or breathing clean air? Who wouldn’t care about preventing a developer from filling in the local swamp where you hunt and fish? Or fighting a city council to keep a vacant lot available for gardening in your town?

Put very simply: Without a healthy environment, we are toast.

It’s mostly old retired white men (I’m an old [active] white man myself) who vote consistently, and they tend to vote against issues like education (their kids are grown up), progressive taxes, the environment and any change or project that won’t be completed until after they are dead.

Only 25 percent of young people (18–30) voted in the recent midterm elections. Most young voters feel disenfranchised and disillusioned by politics, but if they voted in full force, the politicians would have to take seriously their issues, like student debt, fair pay and housing. It’s a self-perpetuating cycle of apathy and inaction.

Then there’s the single-issue voter who disregards what’s going on in the world and only cares about a single issue, be it abortion, taxes, gender or race of a candidate—or they just hate all government. These people also tend to vote for seriously uneducated politicians.

This great country of ours is rated 14th in the world in quality of life, 37th in healthcare and 14th in education. Most of the countries in the top ratings are socialist democracies.

Many Americans have a very negative view of socialism, equating it with communism and welfare. Yet they don’t realize that we actually are a social welfare society. It’s just that we are subsidizing giant agribusinesses, too-big-to-fail banks, fossil fuel companies and monopolistic corporations—many of which, through “legal” machinations, pay no taxes. In the United States, more than $37 billion in subsidies goes to fossil fuel companies. The question is not government subsidies per se, but who and what are being subsidized. With our tax dollars, we are supporting the wrong entities.

Government doesn’t move unless it’s pushed. This can be done by you and me or by the Koch brothers or Wall Street. The Koch brothers have poured tens of millions of dollars into fighting climate reform. Bill McKibben of 350.org said the Kochs “hid their contributions through outfits like DonorsTrust, closely linked to the Kochs and focused not on conducting research to disprove climate change (a difficult task in a warming world) but on raising doubts about it wherever and however possible, a tactic borrowed from the tobacco industry.”

We used to be called citizens. We can still act like citizens by exercising our right and responsibility to vote. It is a very serious time in the story of this planet where we have the potential to destroy our natural world or to save this lovely blue planet—our home. The politicians who deny climate change and think they are smarter than 99-percent of the world’s climate scientists are either crooks or dumbasses. So why would you vote for them?

If we don’t act, especially by intelligently voting for the people and issues that matter, then someone else will—someone who doesn’t care about a future for our children and other wild things.

All of us working together can elect the government we need rather than be forced to live with one we deserve.”

Visit patagonia.com/voteourplanet and get informed: Register to vote, sign up for election reminders, become involved at your local level and share this message with your friends.

This post was originally published on the Patagonia blog.