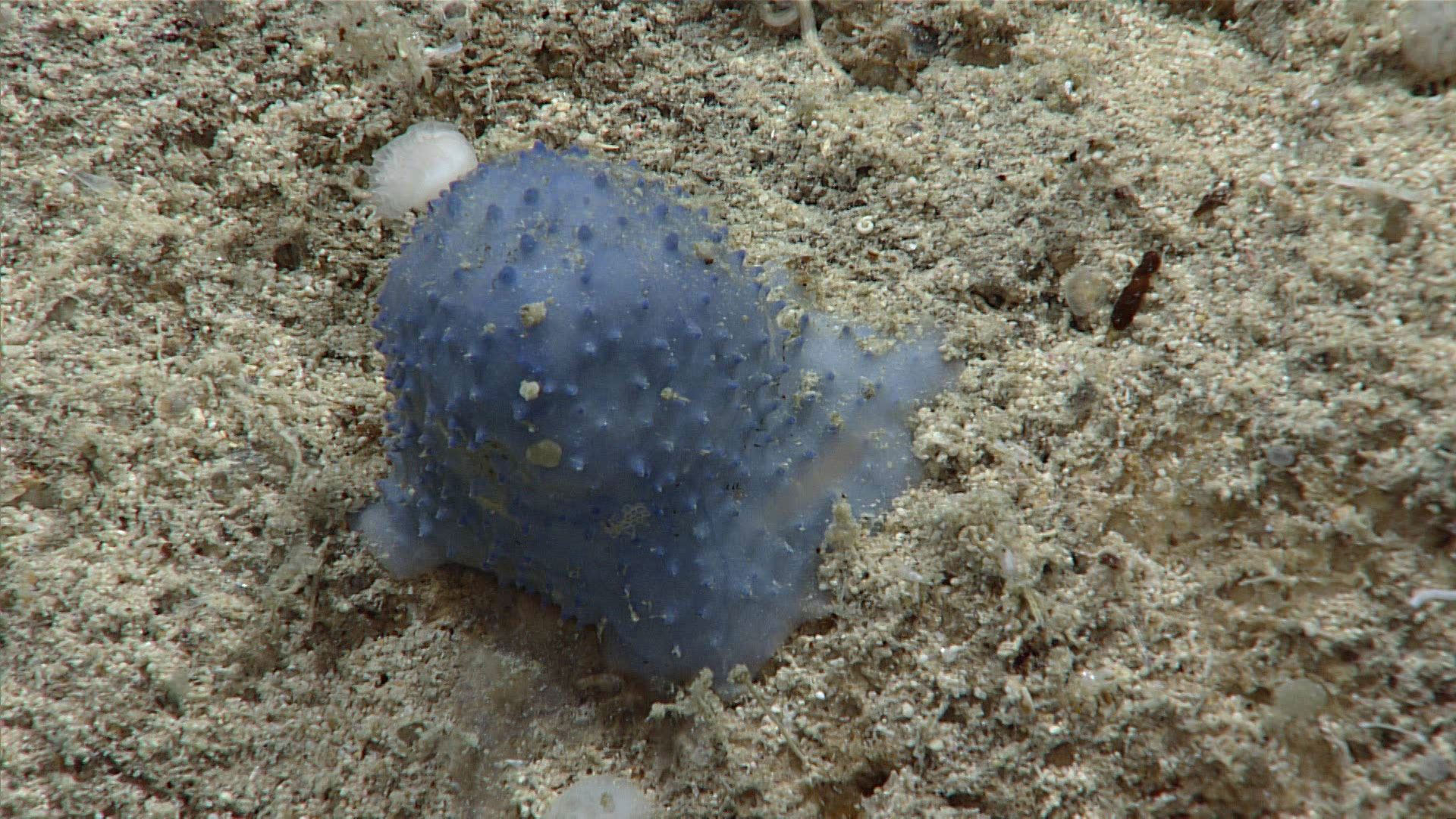 Researchers found this little lump of blue goo, and they don’t know what it is. Photo: NOAA

Despite the fact that we’ve explored a lot of it, there’s still a whole lot about our planet we don’t know. There are unseen places, unknown truths, and undiscovered creatures. Researchers recently stumbled across one such creature on an expedition called Voyage to the Ridge 2022. For now, they’re simply calling it the “blue goo.”

“Several times over the course of Dive 08 of the third Voyage to the Ridge 2022 expedition, while exploring southwest of St. Croix, we encountered this unknown blue organism,” the research team wrote. “Scientists think it may be a soft coral, sponge, or tunicate…but at the moment, it remains a mystery.”

Have you heard about the latest #Okeanos mystery? Seen multiple times during off St. Croix, this “blue #goo” animal stumped scientists, who thought it might be soft coral, sponge, or tunicate (but def not a rock!).

The Voyage to the Ridge expedition consists of a series of three telepresence-enabled ocean exploration expeditions on NOAA Ship Okeanos Explorer. They’re attempting to map and collect information on unexplored and poorly understood deepwater areas of the Charlie-Gibbs Fracture Zone, Mid-Atlantic Ridge, and Azores Plateau. Also on the docket are a series of deepwater dives off the coast of Puerto Rico and the U.S. Virgin Islands.

The Mid-Atlantic Ridge is an especially interesting area. “The majority of it sits underwater and thus much of it remains largely unexplored,” the team wrote. “With active tectonic spreading, the MAR is the site of frequent earthquakes. Spectacular hydrothermal vents may form where magma provides heat as it rises to the seafloor. These vents are known to support diverse chemosynthetic communities. However, little is known about life at these sites once vents go extinct, or what life lies beyond the vents, further away from the rift zone.”

Whatever the “blue goo” turns out to be — animal, vegetable, or mineral — finding the unknown is always an interesting reminder that there’s still so much we have to learn.