Researchers Baffled by Skinless, Toothless Catshark Living Off the Coast of Sardinia 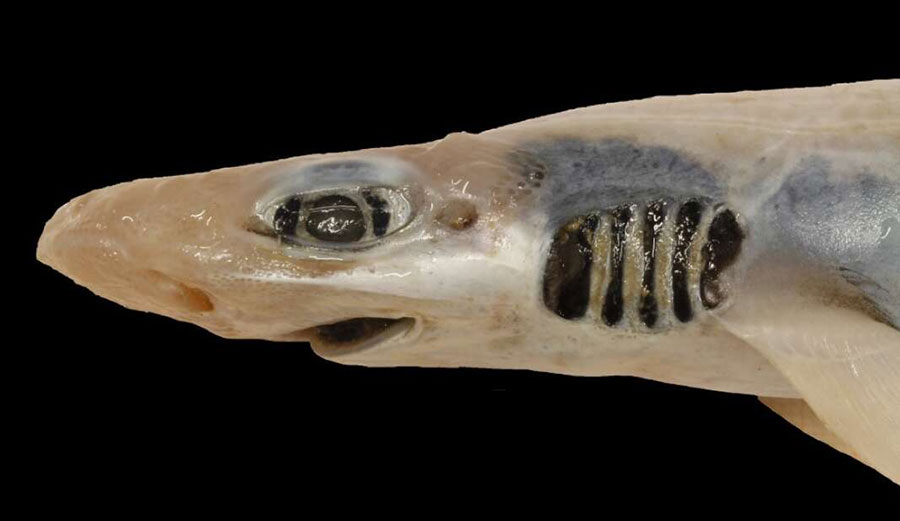 Ever wondered what a skinless catshark looks like? Us neither. Photo: Antonello Mulas of the University of Cagliari, Italy

Researchers off the coast of Sardinia dragged up something strange recently: a shark with no skin and no teeth. Skin and teeth, as you probably suspected, are important to sharks, so the researchers were a little confused as to how the shark was alive.

The catshark was caught in a trawl on a fishing boat called the Ruggero back in July of 2019. The vessel was sailing off Cape Carbonara in South Sardinia with the trawl at around 1,600 feet when they caught the strange fish. “Although this kind of morphological abnormality is potentially fatal,” the abstract from a study published in the journal Fish Biology reads, “the observations suggested that the specimen was in good health and well developed. The study was titled “Living naked: first case of lack of skin-related structures in an elasmobranch, the blackmouth catshark“.

This is the first time a catshark has been found without skin-related structures — epidermis, stratum laxum, dermal denticles, and teeth — which should come as no surprise. Catsharks, along with rays, skates, and other kinds of sharks, are collectively referred to as elasmobranchs. They have a skeleton made of cartilage instead of bone and a specialized kind of skin. That skin, which is made up of a sort of overlapping tooth structure called dermal denticles, acts as a defense mechanism against predators – from other fish to tiny parasites. 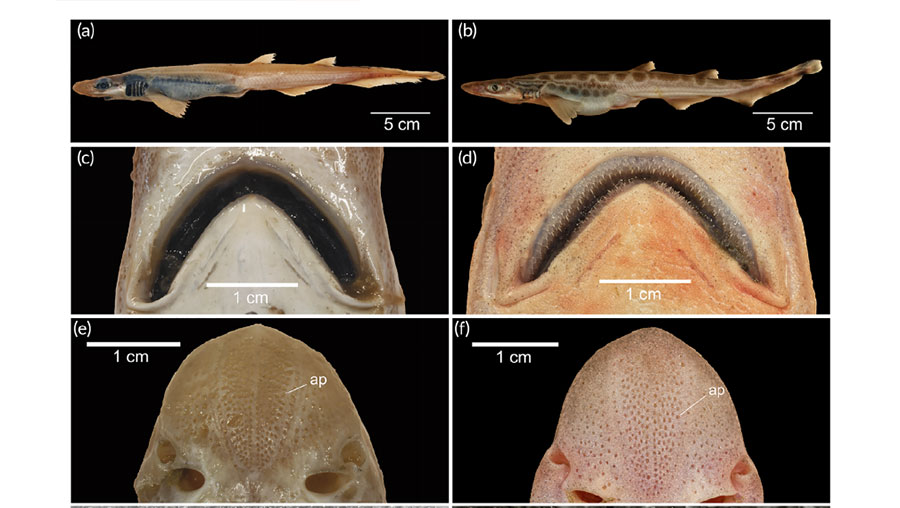 A comparison between the abnormal (on the left) and a normal (on the right) Galeus melastomus, both caught in Sardinia. Image: Journal of Fish Biology

“Elasmobranch skin represents a fundamental organ responsible for multiple functions, due to both the properties of its cellular layers and the peculiar characteristics of the tooth-like dermal denticles,” wrote the authors of the study. “The mucus secreted by the columnar-like secretory cells of the epidermis layer is considered the first part of the immune system, as it prevents the colonization of infectious microbes through different mechanisms, such as its continuous production and removal and by containing antibacterial proteins.”

Researchers are baffled at both how the shark managed to survive without skin and teeth, but they’ve theorized that it could have something to do with long-term exposure to some sort of contaminated part of the ocean, ocean warming, or simply be a genetic hiccup. Whatever the case may be, understanding what happened to this skinless shark is an important step in protecting other marine animals.