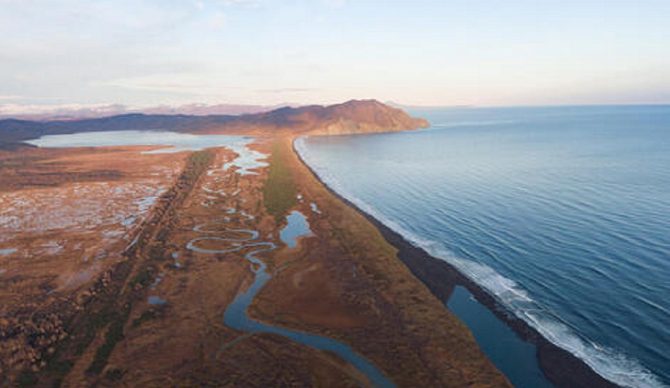 Perhaps you read recently about Russian surfers seeing dead sea life and becoming sick themselves on the Kamchatka Peninsula?  Well, it sounds as if scientists may have found a reason. Toxic waters have wiped out up to 95 percent of life on the seabed (called benthos), and that the current going theory for the cause of this devastation isn’t an oil spill or leaky chemical waste site, but a massive algae bloom, unprecedented in size and duration for the area. While this news may seem like a relief, in fact, an unprecedented algae bloom is far more sinister than a chemical spill. The ocean is warming.

A thread of everything that’s happening in Kamchatka, Russia and why it’s important to talk about it now. If you are a native English speaker, I’m practically begging you to retweet this. #Kamchatka #PacificOcean pic.twitter.com/koyMdKSzEJ

The toxic ocean waters first gained attention in mid-September after surfers in the area suffered from symptoms like nausea and burning eyes. Now, four weeks later the water is still toxic, surfer Yola Zikratova told me via email. “On October 18, we entered the water for the first time to surf after a three-week break. The water is still strange, after the storm we again saw strange foam and the ocean tasted bitter. We do not completely understand whether we can ride and whether it is safe for our health. We hope to go back into the water in the coming days and see if there are any improvements.” 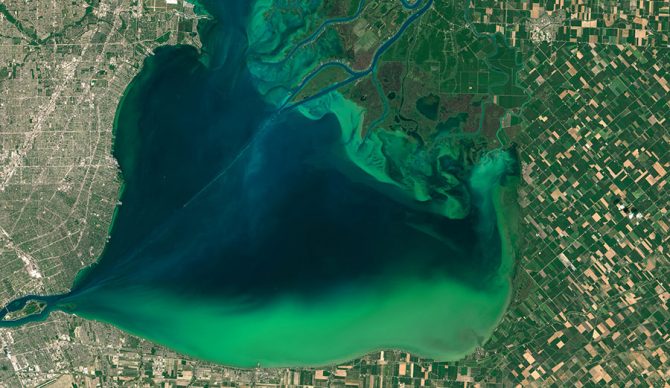 Toxic algae blooms happen all over the world. Also known as ‘red tides,’ in the U.S. we see them in California, the Gulf of Mexico, and Gulf of Maine, but they’re also prevalent in Australia and other parts of the world (Kamchatka is no stranger to them). Produced by microscopic phytoplankton, which are a normal part of the ocean ecosystem and produce as much as 50 percent of the world’s oxygen, an algae bloom occurs when these critters grow out of control, either due to warm ocean conditions or overfeeding from runoff containing nutrient-rich fertilizer from farms. The first cause is the main worry, as warming ocean waters due to global warming may give rise to larger and more frequent algae blooms worldwide, upsetting delicate ocean ecosystems. In this most recent case in Kamchatka, sea otter populations could be very negatively affected, National Geographic reports. Sea urchins are a staple food source for sea otters, and with so many urchins dead the otters, already highly endangered from unregulated fishing and hunting in the area, might have trouble finding food.

While it’s good to hear there aren’t massive amounts of nuclear waste or strange Russian pesticides leaking into the ocean (as of now, there hasn’t been any reported), the alternative explanation being the merciless progression of global warming is much scarier. “This year, indeed, summer and autumn are much warmer than usual. And the water in the ocean is not as cold as it was a year ago,” Yola said. Do events like these suggest that surfing’s future and the future of other ocean activities may be threatened by toxic coastal waters? If so, VISSLA might have nailed it in this ironic April Fools Day joke last year. When it’s this close to being a reality, though, it isn’t really that funny.