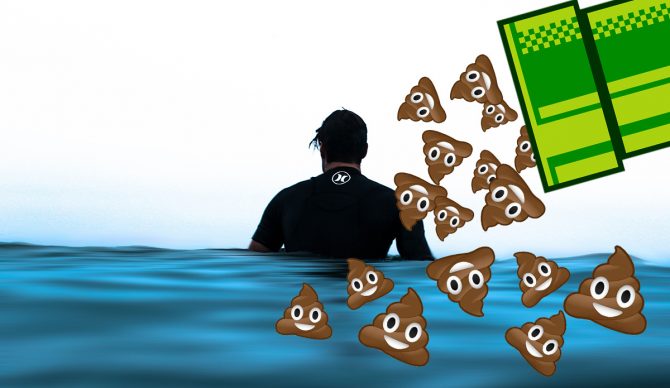 Here’s some crappy news: scientists have definitive proof we’re ingesting those eco-hot button things known as microplastics. While videos of turtles with straws jammed into their nostrils are the viral content that gets the world’s attention, it’s long been argued the actual direct threat to humanity isn’t visible to the naked eye. And it’s logical. Unnecessary plastics get discarded into landfills and eventually our oceans, where over time they break down into miniscule remnants of themselves, which are then ingested by fish, and eventually, us.

It’s a real dark spin on The Lion King’s Circle of Life philosophy. This leads scientists and researchers to ask questions like if ingesting those microplastics can then increases our risks of disease like cancer, and so on and so on. The truth is, we don’t fully know or understand the scope of possible problems caused by things like microplastics, so there’s no definitive answer to that kind of doomsday question yet. But at least now researchers do know the plastic straw from Starbucks you probably never really needed in the first place has found its way into our food chain. And they learned this by studying actual human poop.

To do this, a team of researchers from Austria’s Medical University of Vienna and the Environment Agency Austria asked eight healthy volunteers to donate stool samples that they then picked through and studied. Sounds great, doesn’t it?

“All 8 stool samples tested positive for microplastics,” the published results state. “A median of 20 microplastics (50 to 500 µm in size) per 10 g of human stool were identified. Overall, 9 plastic types were detected, with polypropylene and polyethylene terephthalate being the most abundant.”

If there’s any consolation, or at least a sigh of relief from the human health standpoint, both polypropylene’s and polyethylene terephthalate’s most common uses are for packaging and storage of our food and beverages, meaning they’re not exactly considered toxic to us. Bottles made with polyethylene terephthalate, though, will never fully biodegrade. So it still goes to prove that we’re stuck with many of the plastics we create and discard.