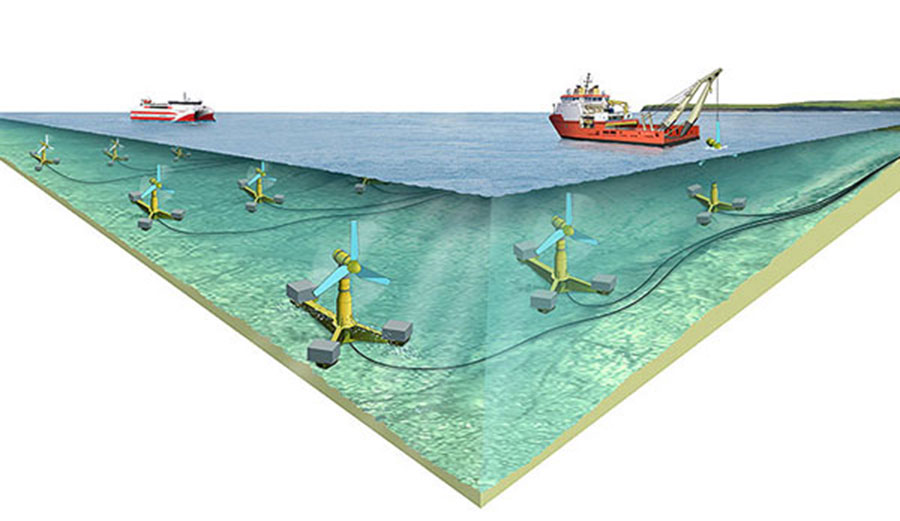 Scotland’s Tidal Array is expected to be finished in the early 2020s.

Fossil fuels are big business. It’s an industry that employs millions of people. Our society drinks from an underground fountain made up of coal and oil, using it to power our homes and run our vehicles. From our bloated bellies, we burp out the excess before going back for more. Because it’s such a big business and so many people rely on it, it’s difficult to make any headway with alternative forms of energy, despite the fact that there are many. It’s understandable, but it’s not the future. The world is slowly waking up to that, proven by things like the Paris Agreement. It’s proven by nearly every country on earth shifting their focus from that dwindling underground fountain to wind, solar, and, most recently, to the power of the tides.  For that last one, let’s focus on Scotland. At the northern tip of the United Kingdom, construction is underway for the largest ocean current-driven power plant on earth. 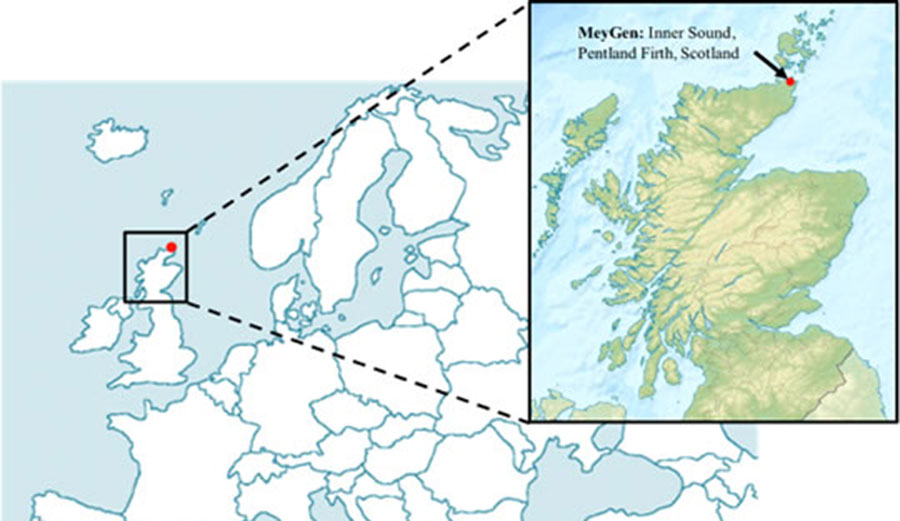 Pentland Firth, Scotland, the location of the project.

Back in 2014, it was announced that funding was secured–somewhere around £50 million, just over $60 million US–for the massive tidal array. Located in the Pentland Firth in Scotland, the finished project will include 269 turbines on the seabed, using tidal energy to power nearly 200,00o homes. According to Power Technology, “the project began in January 2015 and the first turbine was officially unveiled in September 2016.” 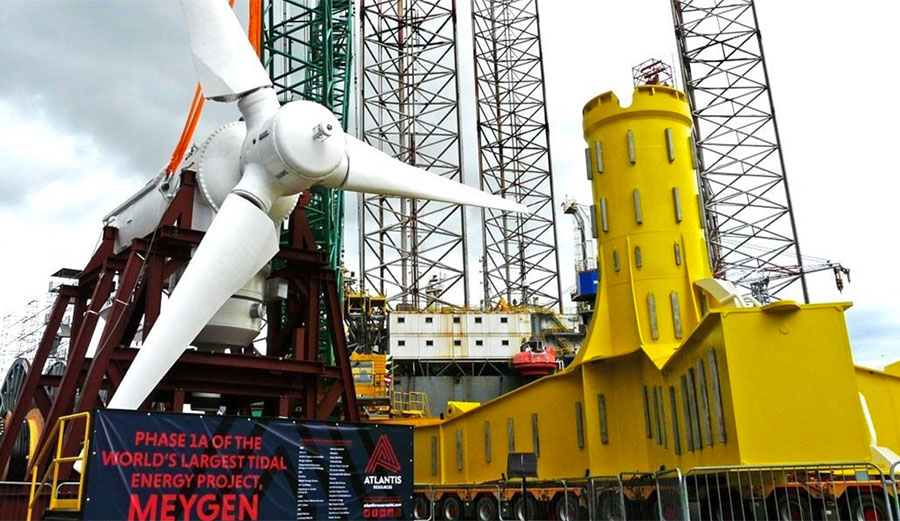 The massive tidal turbine will be one of more than 200 on the seabed.

Scotland has set some pretty aggressive renewable energy goals. By 2020, the country aims to be entirely off fossil fuels, pledging to use 100 percent renewable energy. It’s a lofty objective, but the technology is there and they’re determined to hit it.

Since seawater is much denser than air and ocean currents (as anyone who surfs knows) are incredibly powerful, ocean arrays like Scotland’s are, perhaps, better than wind turbines when it comes to energy production. “Seawater is 832 times denser than air and so a five-knot ocean current has more kinetic energy than a 220 MPH wind,” wrote Meygen, the Edinburgh-based company in charge of the project. “Therefore ocean currents have a very high energy density and a smaller device is required to harness tidal current energy than to harness wind energy.”