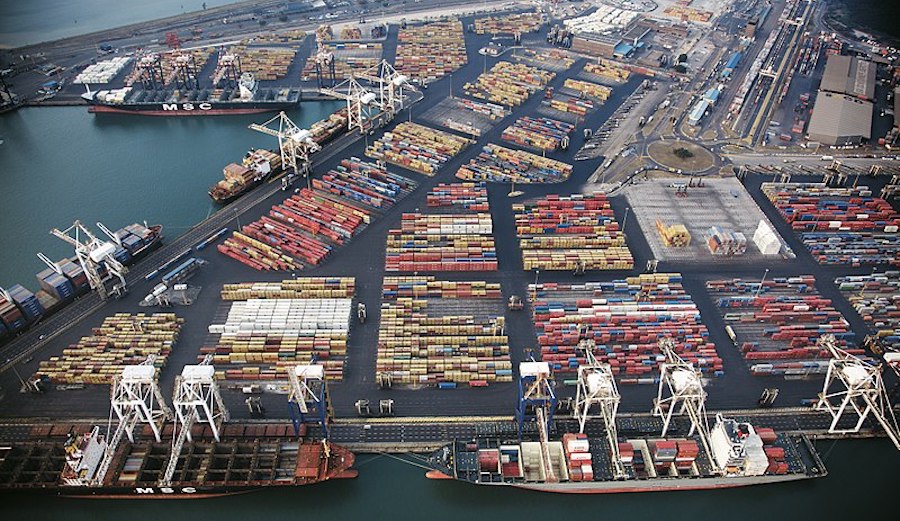 Over 190,000 gallons of raw sewage are pouring into the Port of Durban per hour. Photo: Wikimedia Commons

Some 720,000 liters (over 190,000 gallons) of sewage are currently pouring into South Africa’s Port of Durban, leading officials to ban surfing, swimming, and other ocean activities at area beaches until further notice. Organizers of the Zigzag Durban Surf Pro, a surf contest scheduled for this weekend, have been forced to cancel the event.

According to a letter circulated by Transnet National Ports Authority and obtained by The Daily Maverick, the “severe sewage discharge” is due to a “failure of pumps at the eThekwini municipality’s Mahatma Gandhi Pump Station,” one of the largest waste treatment facilities in Durban.

On Thursday, local health authorities directed Durban’s parks, recreation, and culture department to ban surfing, swimming, and fishing at area beaches until the issue is resolved.

A statement from the city explained there are currently efforts underway to replace sewage pumps in the port. But, the parts will be coming from overseas. As such, city officials explained, they won’t be able to begin containing the spill until the end of the month at the earliest.

“Damages on city infrastructure are making matters worse,” the statement from the city reads. “Port of Durban has invoked [business continuity planning] as we need to do water samples. We need to test for dissolved oxygen levels, and do analysis of fecal contamination across the port.”

The World Surf League and Accelerate Sport, the organizers behind the Zigzag Durban Surf Pro, explained in a joint statement that the decision to cancel the event was a result of safety concerns.

“Durban South Community Environmental Alliance spokesperson Desmond D’Sa said the sewage and contaminated water poses a serious threat to both the marine life at the harbor and alongside the marina,” explained the organizers.

With such short notice, the statement read, there was no choice but to cancel the event outright: “An alternate venue within the region was also not available and postponing the event was also not an option due to running costs.”