Should We Be Worried About the Batteries In E-Bikes? 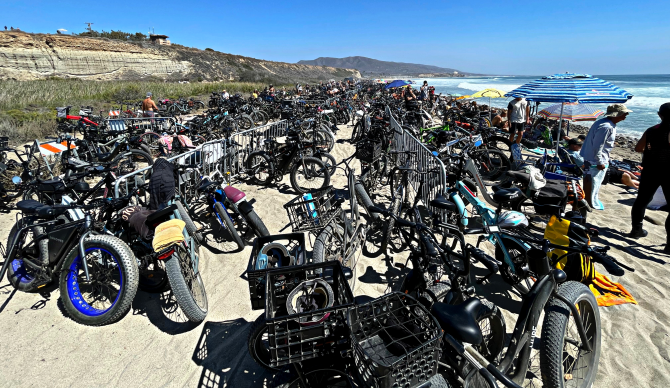 The WSL Finals saw thousands of e-bikes parked along the beach as spectators turned to electric power to access the event site. Photo: @thestokelife

The pandemic has changed a lot about our lives: where we work (home), how we socialize (less), and for many, how we get places (e-bikes). As we lessen our dependence on fossil fuels, and as images such as the one above become more prevalent, it seems high time to take a step back and do some hard thinking about the potential environmental costs of the components used electric machines such as bikes and cars, and if the benefits they produce outweigh the negatives.

When it comes to e-bikes, the main topic of concern is the lithium-ion battery that powers the electric motor, a concern with basically any battery-powered electronic. Battery technology has improved by leaps and bounds over the past few years, and lithium-ion batteries represent the current forefront of the constantly developing technology. They have the highest energy density out of all current battery technologies (more power, less mass), can go through thousands of charging/discharging cycles, and depending on the mix of compounds used, can be fine-tuned for features such as quick charging or heat/cold resistance. Most top-of-the-line battery-powered devices use lithium-ion batteries, such as electric cars, laptops, cell phones, and, of course, e-bikes. And there are currently no signs of that stopping, with the market for lithium-ion batteries projected to grow from $30 billion in 2017 to $100 billion in 2025. 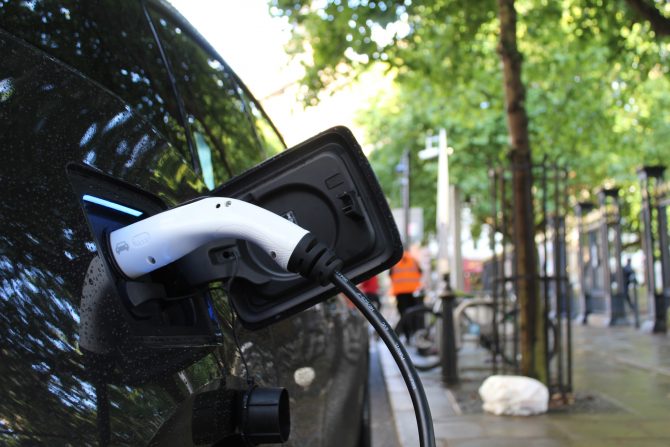 Most major car companies have made commitments to reducing or even eliminating gas-guzzling options in favor of electric vehicles. Photo: Andrew Roberts//Unsplash

The environmental benefits of battery technology are abundantly clear – on the road, having e-bikes and electric cars replace gas-guzzling SUVs is a huge win. Car companies are making commitments to electric vehicles, like Volvo, which has pledged to have an electric motor in every car they produce (both hybrids and full-electric models) from 2019 onwards. That trend is only expected to grow. Batteries also help us in our transition away from fossil fuels for electricity in our homes and businesses, allowing renewable energy sources such as solar and wind power to be stored and used when the wind isn’t blowing or the sun isn’t shining.

However, the materials that go into these lithium-ion batteries can have some pretty big environmental and humanitarian consequences. Nature.com points out that lithium and cobalt specifically are extremely problematic. 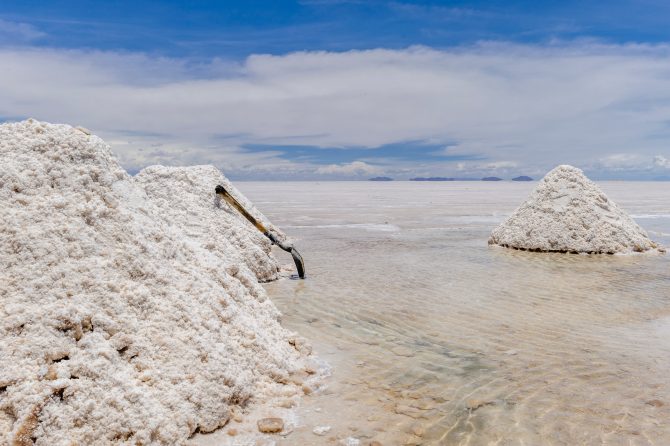 The Uyuni Salt Flat in Bolivia is the world’s largest and is exceptionally rich in lithium. Photo: Alexander Schimmeck//Unsplash

Lithium, thankfully, is not scarce but it does take large amounts of energy and resources (like water) to extract it in a usable form. The Lithium Triangle, which spans Bolivia, Argentina, and Chile, contains more than half of the world’s lithium beneath arid salt flats. Extracting it can use 500,000 gallons of water per metric tonne of lithium, water that local farmers and communities need as well.

It can also produce air, soil, and water pollution as a byproduct that again, can affect local communities. In Tibet in 2016, a local lithium mine contaminated the Lichu River, killing fish and livestock, leading to mass protests in the area. However, emerging technology in Germany and the U.K. promise to extract lithium from deep geothermal waters, creating minimal environmental impact by using energy produced from the Earth’s core to power the extraction process. Mineral-rich nodules on the ocean floor may hold the key to producing enough minerals to keep up with the expanding battery rush. But at what cost? Photo: NOAA Office of Ocean Exploration and Research

Cobalt, on the other hand, is a very tough-to-find resource, with over 70 percent of cobalt in the world coming from the Democratic Republic of the Congo. Although it’s scarce, it requires very little effort to extract once discovered, and the high value of the material has attracted many searching to make a buck in a country where people earn less than $1,200 annually.

Small, unregulated businesses dubbed “artisanal miners” (relating more to the primitive technologies used in the process rather than the “handmade and high quality” attributes we’ve come to associate with the word “artisanal” here in the U.S.) have jumped on the opportunity, and with a lack of regulation comes a slew of human-rights abuses such as unsafe workplace environments and child labor abuses. There are alternatives, such as mining seabeds for nodules full of materials such as cobalt, copper, nickel, and manganese, but there is significant pushback from environmental groups who are worried about disturbing critical and previously untouched ecosystems. 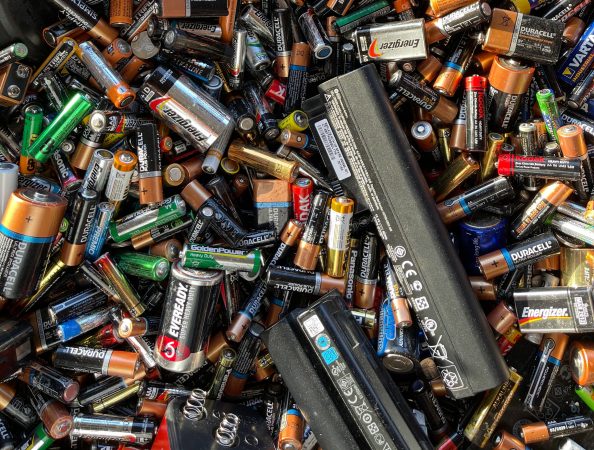 About five percent of all lithium-ion batteries are recycled, says the BBC. Photo: John Cameron//Unsplash

Finally there’s the question of what to do with batteries once they’re dead. Recycling or re-using is of course the best option, but as the developing battery technology outstrips the slower legislation and regulation process, few guidelines are currently in place to keep lithium-ion batteries out of landfills, a waste of the materials and an environmental concern.

However, the concerns above truly do not outweigh the fact that finding electric ways to get from Point A to Point B is where the future is headed, and developing these technologies to make them more affordable and accessible will be instrumental in the fight against climate change. That being said, blindly charging forward with the next greatest solution isn’t the way to go either.

All the more reason to stay cognizant of the negative effects our new toys can have on other, less-fortunate people the world over, and to get involved in working to reduce or offset those effects where we can.