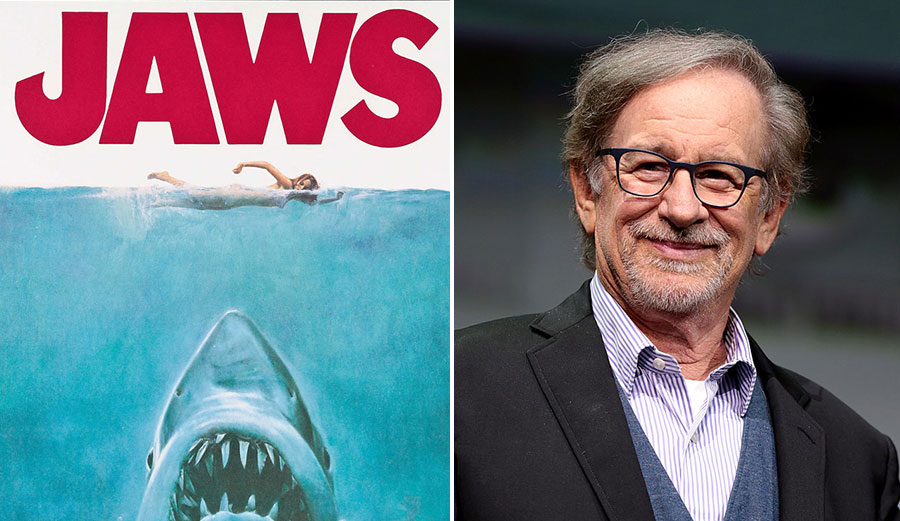 Steven Spielberg regrets how the movie Jaws made the world think about sharks. Photos: Wikimedia Commons

Back in 1975, a little movie directed by Steven Spielberg called Jaws hit theaters. It was a great movie for humans looking for entertainment, but it was a very bad movie for sharks looking to live. The movie was based on a book by Peter Benchley, who has famously said he wishes he never wrote it because of the way it made the world view sharks, and now Steven Spielberg has echoed those sentiments.

“I truly, and to this day, regret the decimation of the shark population because of the book and the film. I really, truly regret that,” Spielberg said during an interview on the BBC’s “Desert Island Discs.“

Although sharks were feared well before Benchley’s book and Spielberg’s movie came out, there can be no doubt that the success of the story had an impact on the public’s perception.  It has, in fact, likely led directly to an increase in great white trophy hunting.

“A collective testosterone rush certainly swept through the East Coast of the U.S.,” says George Burgess, director of the Florida Program for Shark Research in Gainesville, to the BBC. “Thousands of fishers set out to catch trophy sharks after seeing Jaws.”

The story of Jaws was loosely based on real events. A string of shark attacks on the East Coast and the ensuing panic led to a Presidential order that dumped money into making the area safer for swimmers in 1916. Benchley’s novel was published years later in 1974, just a year before the movie was released, and the panic on the East Coast in the early 1900s was amplified into a global fear and hatred of sharks. Slowly, though, we’re coming back around — not fast enough, as shark populations are still being decimated around the world — and Spielberg feels he bears a large part of that responsibility.

When he made the film, however, he couldn’t have foreseen either its popularity or how it would change the world’s view of the ocean’s apex predators. Spielberg’s statement came after BBC host Lauren Laverne asked him how he would feel if he were trapped on a desert island surrounded by sharks.

“That’s one of the things I still fear,” he answered. “Not to get eaten by a shark, but that sharks are somehow mad at me for the feeding frenzy of crazy sports fishermen that happened after 1975.”