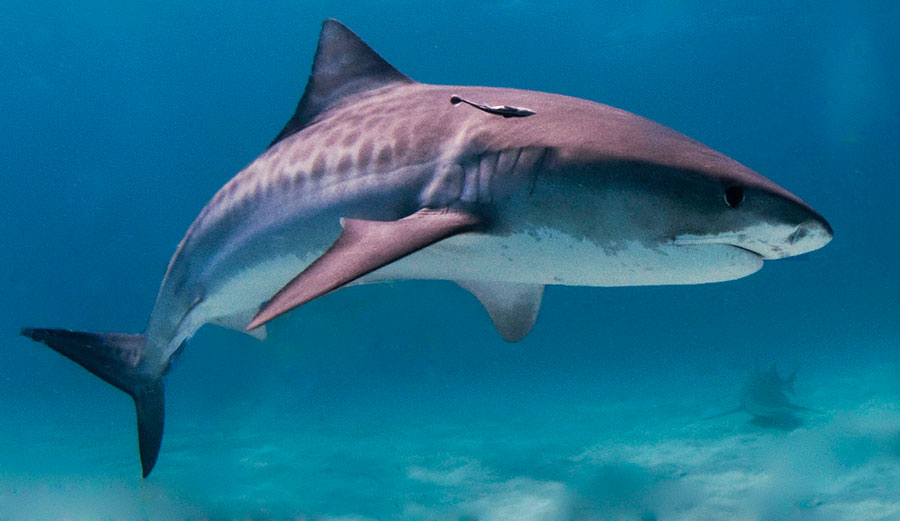 A Tiger shark in the Bahamas. The ISAF just released their report on global shark attacks for 2017. Image Wikimedia Commons

Each year, the International Shark Attack File (ISAF) creates their Worldwide Shark Attack Summary. As the world’s “only scientifically documented, comprehensive database of all known shark attacks,” their report is the only one of its kind. The results of their 2017 global shark attack study show that, overall, 2017 saw a slight rise in shark attacks. In total, there were 155 “incidents of alleged shark-human interaction occurring worldwide in 2017” worldwide.

It can be easy for the general public to be scared shitless of sharks—aside from the fact that they’ve taken on the role of the villain for decades, the possibility of being torn limb from limb by a black-eyed creature perfectly evolved for killing is a frightening one. As you’ve heard a million times, however, your chances of actually being attacked are basically nil.

Of the 155 incidents, 88 were unprovoked, 30 were provoked, 18 were sharks attacking boats, two were post-mortem bites (meaning, of course, that the victim was already dead), and one, if you can believe it, was a diver in an aquarium with a shark. ISAF’s study has two facets—provoked attacks and unprovoked. Their definitions of both are as follows:

Provoked attacks are caused by humans touching sharks. Often this involves unhooking sharks or removing them from fishing nets. However, recently there have been a number of incidents involving divers who were attacked after grabbing or feeding a shark while underwater. Unprovoked attacks happen when sharks make the first contact. This can take three forms:

Hit-and-Run Attacks happen near beaches, where sharks try to make a living capturing fish. In pounding surf, strong currents, and murky water, a shark may mistake the movements of humans, usually at the surface, for those of their normal food, fish. The shark makes one grab, lets go, and immediately leaves the area. Legs or feet are often bitten; injuries usually are minor and deaths rarely occur.

Sneak Attacks take place in deeper waters. The victim doesn’t see the shark before the attack. The result can be serious injury or death, especially if the shark continues to attack.

Bump-and-Bite Attacks happen when the shark circles and actually bumps the victim with its head or body before biting. As in the sneak attack, the shark may attack repeatedly and cause serious injury or death.

“ISAF is at pains to point out that this was expected,” wrote Duncan Madden for Forbes. “It was expected because the world population is growing and interest in watersports is increasing, leading to more people in the seas – and more people means more likelihood of having a toothy encounter. What’s particularly significant though is that of all the unprovoked attacks, only five were fatal.” 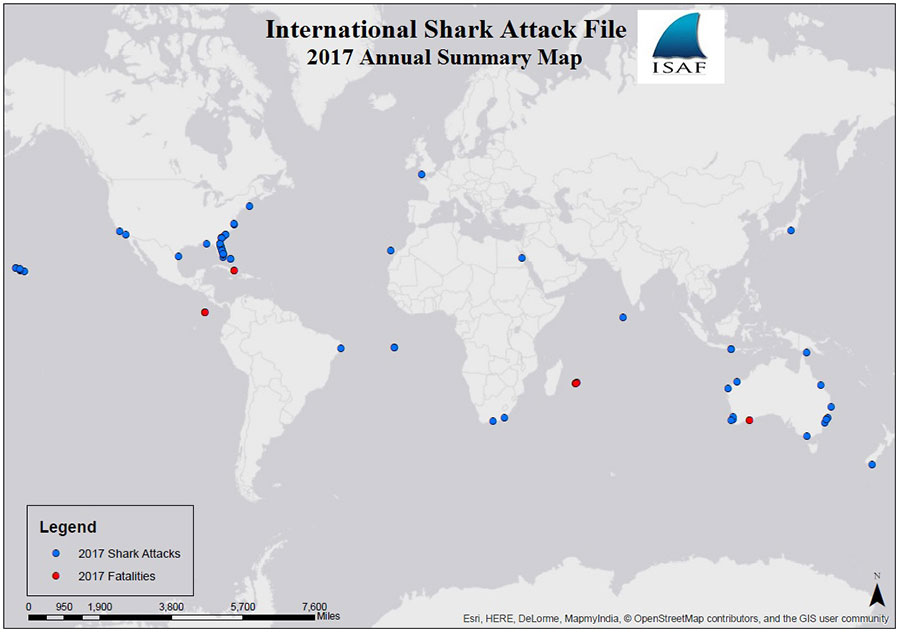 Of all the countries where shark attacks occur, one would be forgiven for assuming that Australia or Reunion would lead the pack. That, however, is not the case. The United States accounted for over 60 percent of global attacks, with 53 total incidents in 2017. None were fatal. Florida, in particular, saw 31 of those attacks.

Australia came in a not-even-close second, with 14 attacks. One was fatal. Then came Reunion Island with three attacks, two of which were fatal.

Surfers were among the most likely to be attacked, which should come as no surprise to anyone—we do, after all, spend our time splashing around at the surface like an injured seal.

What can (and should) be taken from ISAF’s report is that of the millions of us that surf in the ocean each year, only five were killed by sharks. As tragic as those deaths are they should not be the cause of mass extermination efforts. Already, various fishing industries are killing somewhere around 100 million sharks each year—which should be enough death even for those seeking some form of redemption.  ISAF’s report bolsters the already proven fact that shark attacks, as terrifying as they might be, are simply not very likely to happen.