We’re Not Kidding: the Arctic Ocean Has Chlamydia 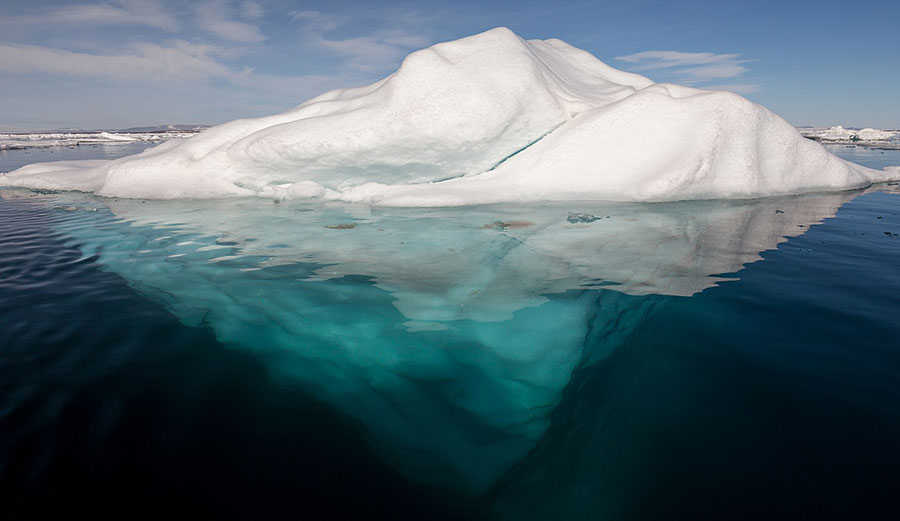 There are a lot of bad things happening right now. Tom Hanks has Coronavirus. The NBA has been canceled. The seas are rising, the planet is warming (it really is, I promise), America is more divided than ever before, and the Dow is falling faster than Keanu Reeves without a parachute in that one scene in Point Break. So I’m here to give you some much-needed good news.

Ha ha! No, I’m not! The Arctic Ocean has Chlamydia! Actually. That’s a real thing that is really happening.

“An international team of researchers has now discovered diverse populations of abundant Chlamydia living in deep Arctic ocean sediments,” wrote Thijs Ettema, a professor in Microbiology at Wageningen University & Research and lead author of a recently-released study. “They live under oxygen-devoid conditions, high pressure and without an apparent host organism.”

Now, I know that you and I generally think of chlamydia as a sexually transmitted infection, but, much like COVID-19 is just one strain of Coronavirus, chlamydia’s got a whole lot of family members.  The bacteria that are responsible for causing chlamydia can infect humans, animals, and even amoeba. Collectively called ‘Chlamydiae’, the members of the group rely on interactions with other organisms to survive. They’re really, really good at surviving, too, which explains why pretty much every single koala bear in the wild has Chlamydia. Since Chlamydiae spends most of its gross little life inside the cells of a host, researchers, for some weird reason, wanted to find out if they existed in other environments. Oh, and do they ever.

The research, recently published in Current Biology, shows not only that Chlamydiae existed in other environments, but that they flourished. On an exploratory mission to Loki’s Castle, a deep-sea hydrothermal vent field in the middle of Iceland, Norway, and Svalbard, they dug up a bunch of sediment. Basically devoid of oxygen and macroscopic life forms, the team was surprised when they found “highly abundant and diverse relatives of Chlamydia.” Strangely, there don’t seem to be any host organisms. “Finding Chlamydiae in this environment was completely unexpected,” said Jennah Dharamshi, the lead author of the study. “And of course begged the question ‘what on earth were they doing there?'”

The team suspects that, in the absence of host organisms like koalas or your mom, the new chlamydia-related bacteria could be sustaining itself from microorganisms buried deep in the sediment. “Even if these Chlamydiae are not associated with a host organism,” said Ettema. “We expect that they require compounds from other microbes living in the marine sediments. Additionally, the environment they live in is extreme, without oxygen and under high pressure, this makes growing them a challenge.”

While you or I might not be over the moon about finding Chlamydia while digging around in the mud, these researchers are fired up. It might be a glimpse into how Chlamydiae became the Chlamydia that we know and love so well. “Finding that Chlamydia have marine sediment relatives has given us new insights into how chlamydial pathogens evolved,” Dharamshi said.

And not only that, it’s leading the research team to suspect that, on a large scale, Chlamydiae is actually far more important than initially believed. “The vast majority of life on earth is microbial, and currently most of it can’t be grown in the lab,” Ettema explained. “By using genomic methods, we obtained a more clear image of the diversity of life. Every time we explore a different environment, we discover groups of microbes that are new to science. This tells us just how much is still left to discover.”