This Is the Best Surfing Conference on Earth 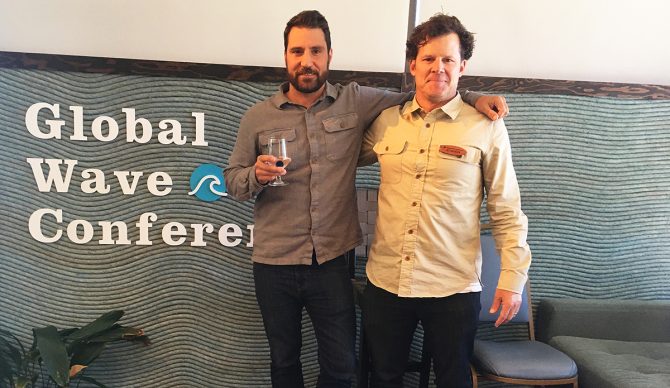 Nik Strong-Cvetich of Save the Waves Coalition and Chad Nelsen of Surfrider Foundation teamed up to create surfing’s most influential conference dedicated to ocean conservation. Photo: Weisberg/The Inertia

In 1980, Brian Bilbray, then Mayor of Imperial Beach, cheered as a younger version of WildCoast Director Serge Dedina got his ass kicked by a group of Bilbray’s supporters. According to Dedina, the mayor later stated at a public meeting that surfers had their heads up their asses.

That’s when Dedina decided to knock on 500+ doors and put his hat in the ring to make a change. Shortly after, he was elected mayor of the important San Diego border town by less than 100 votes.

Such is the power of surfers when our energy is channeled appropriately. Like Pipeline. Or Teahupoo. Or any number of violent, unlikely natural phenomena that possess an undeniable penchant for organized beauty. Last week in Santa Cruz, many of the world’s most dedicated researchers, non-profit directors, concerned surfers, and environmentalists gathered to unleash their collective knowledge on the ocean’s most pressing issues. Welcome to the 2018 Global Wave Conference.

But this magical conference didn’t just appear out of thin air. Even in a space as seemingly aligned as surf conservation, just seven years ago, the culture was fractured. The competition for grant money, donations, and sponsorships to support ocean conservation was (and still is) a real thing, so when the prospect of gathering the world’s leading surf-related non-profits under one roof hit the streets, it wasn’t greeted with open arms.

“When we first discussed getting everyone together back in 2011, it wasn’t a unanimously popular idea,” Surfrider Foundation CEO Chad Nelsen told The Inertia. “Many of us had never met in person, and people were competitive and suspicious of each other. We were completely divided in our approach. But today, we’ve come together and discovered how powerful we can be when we present a united front.”

Nelsen’s Surfrider Foundation and Nik Strong-Cvetich, Executive Director of Save the Waves Coalition, joined forces to spearhead organizing the world’s most powerful gathering of surfers concerned about the health of our oceans.

“When you think about it, technically, from a business standpoint, Surfrider and us are competitors,” Nik Strong-Cvetich of Save the Waves told The Inertia. “But we worked seamlessly as almost one organization to pull it together because the things that we’re actually dealing with are so much bigger than one group’s agenda that it’s essential that we come together to have a united front.”

Everyone at the 2018 Global Wave Conference found their way to Santa Cruz’s stunning oceanfront respite at the Dream Inn through a series of intentional life decisions. Research. Risk. Activism. It was the best of what the surf world has to offer: Passionate surfers hoping to keep the ocean and our planet healthy by sharing important work related to ocean conservation. I felt like a giddy eighteen-year-old arriving at college excited meet my classmates and learn new things. My accelerated course load looked something like this:

8 AM: Serge Dedina Executive Director of WiLDCoast on attaching life to commitment and justice and how that applies to our environment.

10 AM: Panel on Marine Protected Areas

1 PM: Patagonia Ambassador Liz Clark on her journeys around our oceans, celebrating vulnerability and a commitment to eating plants only.

1:30 PM: Panel on Valuing Surf Sites and protected areas, highlighted by propositions on how to restore Sebastian Inlet’s First Peak by Justin Enjo and a presentation by Krista Comer of Rice University and the Institute for Women Surfers about the value of women’s inclusion at a place like Maverick’s.

The next day, Tom Kay gave an inspiring presentation about Finisterre’s approach to environmental responsibility, as did Firewire’s Chris Grow. That evening, Greg Long, Kyle Thiermann, and Chris Malloy all shared their knowledge and perspective around what we can do on a personal level to protect the places we love. The morning prior, Cliff Kapono, Shaun Tomson, Dan Reineman, and David Stover of Bureo offered their takes on the impact of plastics, our changing water quality, and how the surf industry can commit to change through programs like Sustainable Surf’s SeaTrees. The event itself was being assessed by Carl Kish and Jess Ponting at STOKE Certified, which measures sustainability efforts and provides consulting services as to how to make improvements for current and future gatherings. After an independent review, the Global Wave Conference was STOKE Certified as part of their commitment to not only representing and inspiring ocean-friendly practices but also living it. 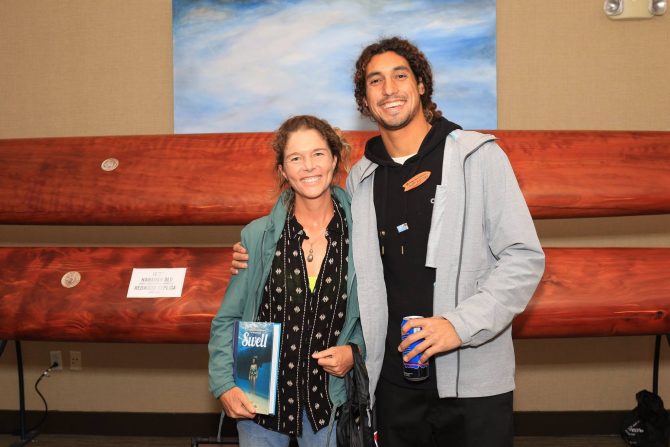 As Finisterre’s Tom Kay pointed out to Strong-Cvetich, most of the major surf industry brands (with the exception of Patagonia, Clif Bar, Finisterre, and Firewire) were absent. Tom told me, “Look around. This is surfing. This is the surf industry. The thing that drives surfing and the surf industry are the people who are protecting the places in which it happens. This is what’s holding it together. If we want to keep surfing in the ocean, it’s going to take all of us.”

The place was buzzing with all the right kind of energy. The kind that inspires each attendee to knock on 500 doors, send 500 emails, and have 500 conversations that enact the kind of change that might strengthen the health of our oceans. It’s the kind of change that proves what Serge Dedina proved many years ago: Not all surfers have their heads up their asses. If we join together with positive intentions, we can do great things.

Huge thank you to Chad Nelsen at Surfrider Foundation and Nik Strong-Cvetich at Save the Waves Coalition and the Santa Cruz Dream Inn for inviting me to attend. I cannot wait for the next one. 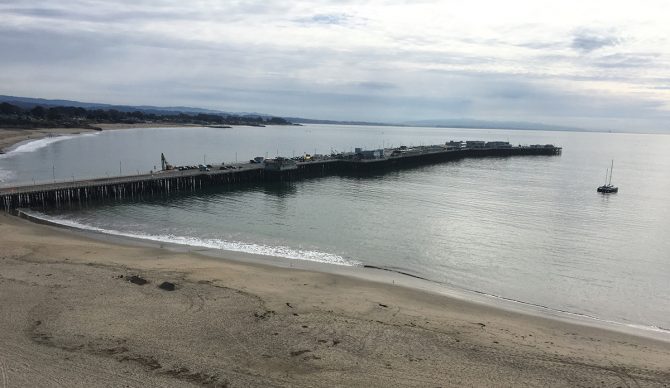 Plus, not even remotely bummed on accommodations at the Dream Inn Santa Cruz. View from room was just too much.

Below is a list of some of the organizations involved in this event, and I encourage anyone even remotely interested to contact them to see how you can participate in keeping our ocean healthy. As Sylvia Earle once told us, “No ocean, no us.”

Save the Waves Coalition 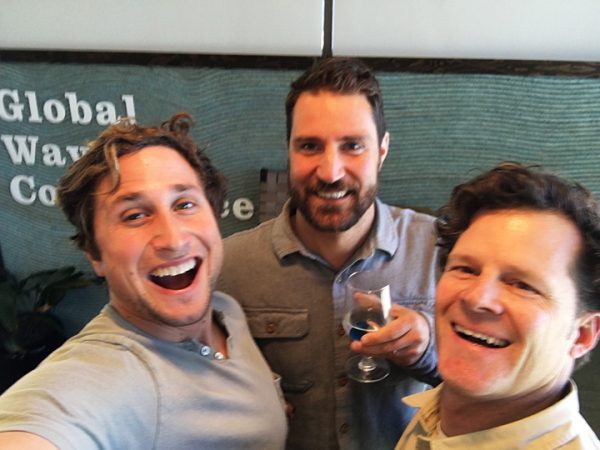 Even got a sick selfie with the captains! Congrats on an amazing event.