This Tiny Island Paradise is Now Powered Entirely by the Sun

Humans are really smart. We’re also really greedy. Quite often, those two things bang into each other. Take energy, for example–we’ve created enough options to power our lives that we no longer need to vomit death into the atmosphere to make our light bulbs turn on, but we’ve also created entire industries around the death vomiting options. More and more, though, one finds proof that we do indeed have the ingenuity to live a little cleaner–as a whole, though, our species seems to lack the will to do it, so we sit in clouds of our own choking filth, ignoring the obvious. But there’s been another milestone in the race to clean energy, and it’s on a tiny island in the South Pacific Ocean.

Ta‘ū is about 4000 miles off the western coast of the United States. Six hundred people call the island in American Samoa home, and thanks to Tesla and SolarCity, they’re now powered almost entirely by the sun. 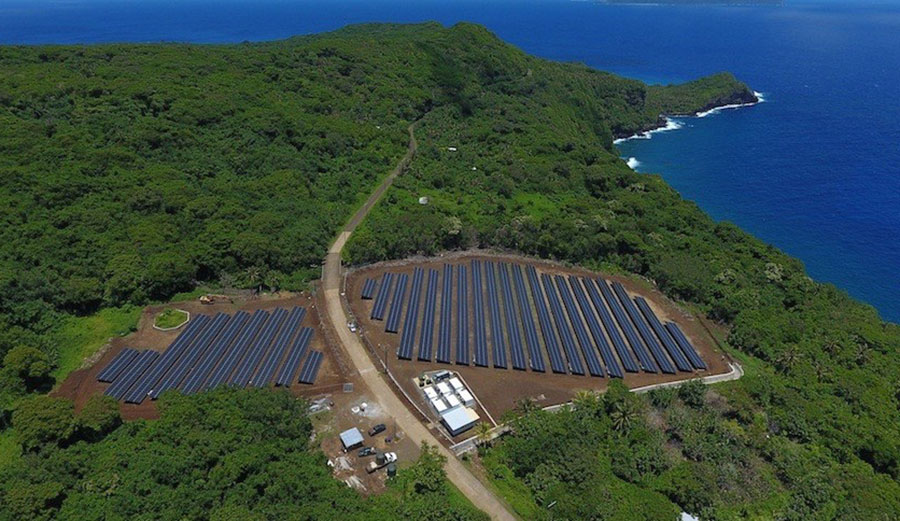 The system, which includes a grid of battery storage systems and a large solar power plant, took just over a year to complete. Using over 5000 solar panels, when the grid is fully charged, there’s enough juice to last the entire island three days without sunlight–which would never happen, thanks to the fact that Ta‘ū spends most of the time basking in sunlight. The whole thing charges in 7 hours. 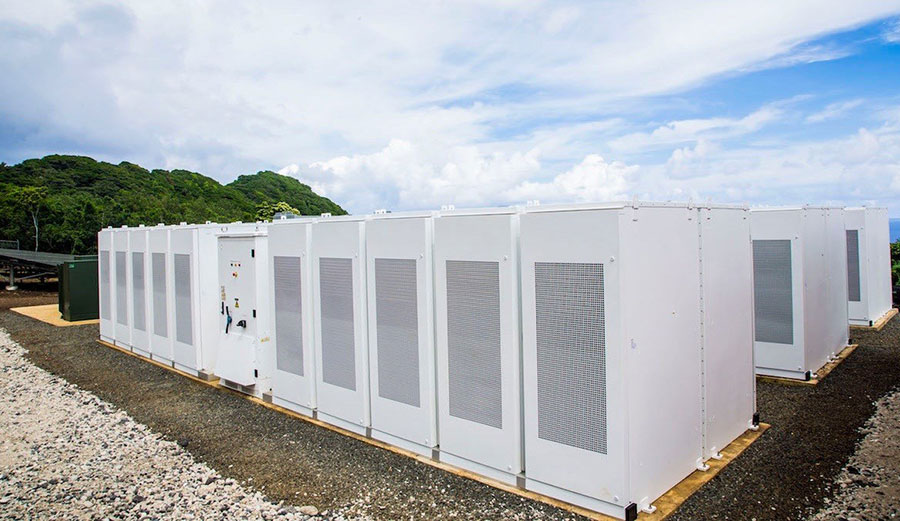 The battery system also allows the island to use stored solar energy at night, meaning renewable energy is available for use around the clock. Image: SolarCity

Residents of Ta‘ū are ecstatic. Up until now, most of the island’s power came from diesel-powered generators, including the hospital, schools, and both the fire and police stations. As is often the case on small, out-of-the-way islands, power outages, and fuel rationing were a way of life. But no longer.

“I recall a time they weren’t able to get the boat out here for two months,” Keith Ahsoon, a resident and owner of a food store on the island told SolarCity. “We rely on that boat for everything, including importing diesel for the generators for all of our electricity. Once diesel gets low, we try to save it by using it only for mornings and afternoons. Water systems here also use pumps, everyone in the village uses and depends on that. It’s hard to live not knowing what’s going to happen. I remember growing up using candlelight. And now, in 2016, we were still experiencing the same problems. It’s always sunny out here, and harvesting that energy from the sun will make me sleep a lot more comfortably at night, just knowing I’ll be able to serve my customers.”

Funded by the American Samoa Economic Development Authority, the Environmental Protection Agency, and the US Department of Interior, the whole thing was built by SolarCity and Tesla, which recently announced that they’d be merging–a deal valued at somewhere around $2 billion.

According to SolarCity, the new system will save over 100,000 gallons of diesel every year and isn’t some strange vision of the future. It’s happening right now, and it’s an indicator of what’s possible–if only we’d try a little harder.