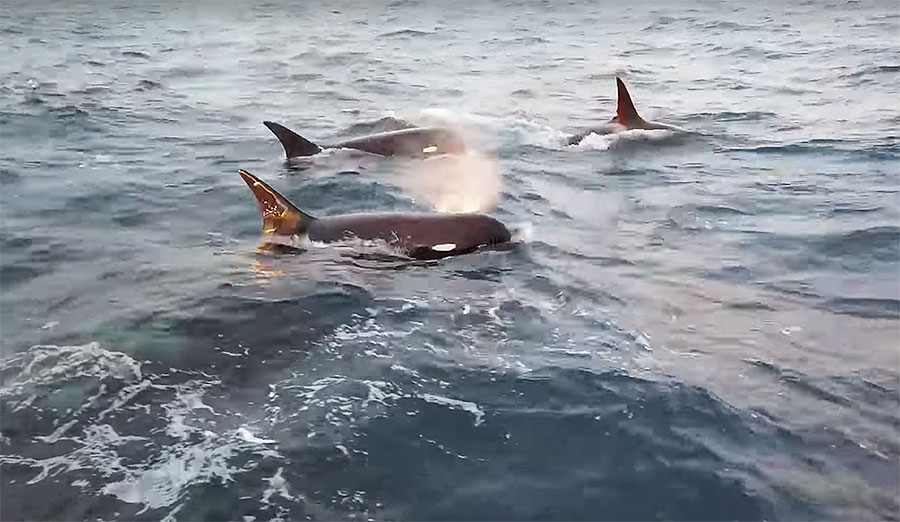 Since 1955, researchers have been searching for this elusive type of killer whale. Now, their existence has been confirmed. Image: NOAA/screenshot

Way back in 1955, 17 killer whales washed up on a beach in Paraparaumu, New Zealand. There was something a little off about them, though, and when photos of them made the rounds, the interests of researchers were piqued.

“This was a very different-looking group of killer whales,” Robert Pitman, a marine ecologist with the National Oceanic and Atmospheric Administration, told NPR. Now, all these years later, the so-called Type D killer whales have finally been tracked down.

The New Zealand whales looked very similar to a regular killer whale, save for a few marked differences. They were smaller with blunt snouts and rounder heads. Their dorsal fins were far more narrow, and the eye patches that make killer whale so distinctive were smaller. For years, fishermen told stories of these strange whales, but they remained elusive to researchers looking for genetic samples. 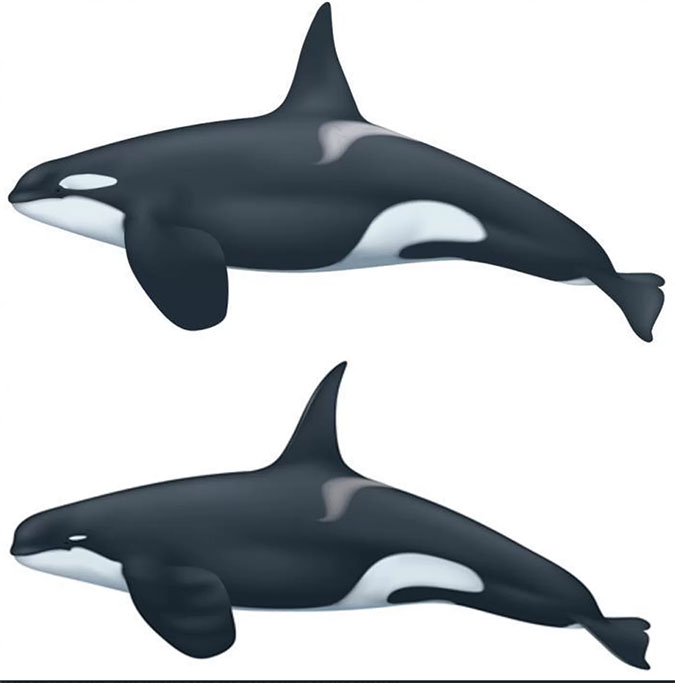 It wasn’t until 2005 that Pitman saw a few more photos of a few strange-looking killer whales. While attending a conference, he met a French Biologist who showed him photos of a pod of Type D whales that were stealing fish from fishing boats in the southern Indian Ocean. Much like the ones found in 1955, they were noticeably different from a regular orca. Pitman spent the next five years looking for more photos and wondering whether it was merely a genetic aberration or if it was something much bigger. After gathering thousands of images from vessels in the area, Pitman and his colleagues had six photos that clearly showed the Type D killer whale.

There’s a good reason why this particular kind of whale remained a mystery for so long: the area they call home is one of the most violent oceans in the world. The Roaring 40s and Furious 50s are often besieged by howling winds and conditions that make sailing in the region a dangerous affair.

Pitman was undeterred and he, along with a team of some of the best marine experts he could round up, traveled to Chile’s Cape Horn to prove once and for all that the Type D killer whale was indeed out there somewhere.

“From the beginning, I had referred to it as the needle in the haystack,” NOAA biologist Lisa Ballance, who’s married to Pitman, told NPR. “It’s a big ocean, and it’s a rough ocean.”

It was not an easy trip. They were forced by violent weather to stay in port for just over a week. After eight days, a break in the storm finally allowed them to weigh anchor and motor out to sea. With a certain location in mind, they pounded through rough seas “so that [they] could get to [their] spot at first light the next morning.”

When the sun rose, the crew was stunned to see a pod of about 30 of the elusive whales. “It’s like seeing a dinosaur or something,” Pitman said. “It’s one of those moments that biologists live for. And I said, ‘That’s it! That’s the New Zealand killer whale!'”

Pitman and Ballance knew immediately they’d found what they were looking for. “Visibly,” Ballance said, “this form is the most unusual and distinct form of killer whale on the planet.”

For three hours, the team shot photos, collected biopsies, and recorded videos and sound with an underwater microphone and camera attached to a long cable.

Since testing of the DNA samples hasn’t been finished quite yet, it’s impossible to say whether the Type D killer whales are a completely new species or just an unusual subtype, but it’s somewhat shocking to realize that the ocean still holds such mysteries.

“We are very excited about the genetic analysis to come,” Pitman said in a statement. “Type D killer whales could be the largest undescribed animal left on the planet and a clear indication of how little we know about life in our oceans.”