Using the Wrong Sunscreen in Palau Will Now Carry up to a $1,000 Fine Per Offense 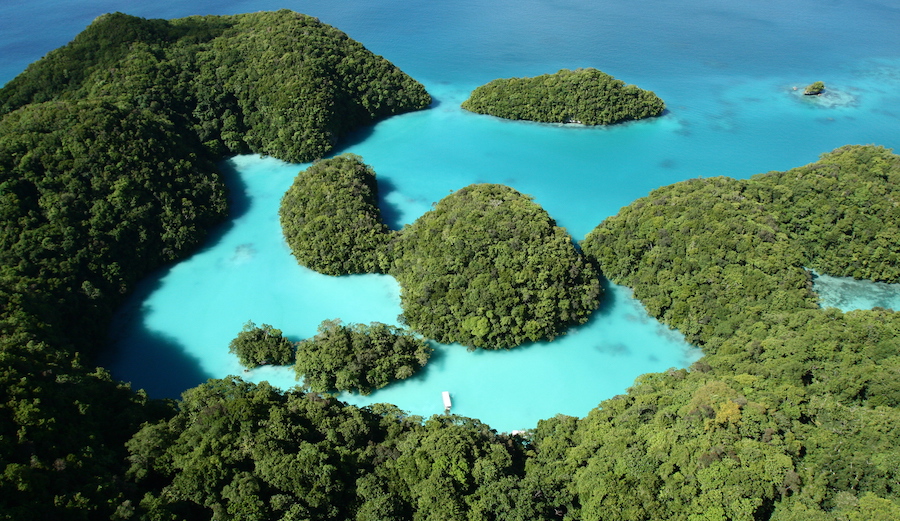 Palau  just banned sunscreens known to harm coral reefs and by 2020, if you’re caught using them you could be slapped with a heavy fine. Photo: Wikimedia Commons

In the last few years, countless scientific studies have uncovered the harmful effects of certain sunscreen chemicals on the world’s coral reefs. As boons for tourism in many a tropical paradise, coral reefs attract scores of divers, snorkelers, and swimmers hoping to observe colorful tropical fish, turtles, and other animals in their natural habitat. As it turns out, a side-effect of tourists protecting themselves from the sun while they take in the natural beauty is that many of their sunscreens pose an “ecological and existential threat” to the coral they’re marveling at.

Many countries have taken to banning or severely limiting the use of sunscreens with the chemicals oxybenzone and octinoxate, the main culprits that threaten coral reefs. Most notably, Hawaii became the first state in the U.S. to ban harmful sunscreens earlier this year. The ban goes into effect in January, 2021.

The island nation of Palau just took things a step further by becoming the first country to ban the skincare products and including a sizeable fine for anyone caught using the harmful sunscreens beginning January 1, 2020.

The new law is part of the Palau Responsible Tourism Policy Framework that stipulates visitors and residents alike have a responsibility “to become part of the solution to the environmental challenges in our pristine paradise.”

According to the law, sunscreens containing oxybenzone, octinoxate, octocrylene, 4-methyl-benzylidene camphor, methyl paraben, ethyl paraben, butyl paraben, benzyl paraben, triclosan, or phenoxyethanol will be confiscated and businesses, residents, and tourists found using them will be subject to a fine of up to $1,000 per violation.

“These chemicals are known environmental pollutants; most of them are endocrine disruptors or are incredibly toxic to juvenile stages of many wildlife species, including corals, fish, macroalgae and even people,” read a statement from the Haereticus Environmental Laboratory, a non-profit at the cutting edge of studying the effects of sunscreen. “Sunscreen Pollution can reduce the resiliency of ecosystems to climate change factors and, by themselves, prevent the recovery of…wildlife and habitats.”

All of the chemicals listed in the legislation are on Haereticus Environmental Laboratory’s HEL LIST of chemicals that pose an environmental threat.

“Sunscreen Pollution is a symptom of unsustainable tourism,” explained the presser. “Many places in the world that are popular with tourism are seeing rapid destruction of their wildlife and environment.”

The Republic of Palau’s Responsible Tourism Policy Framework is an effort by the island nation to preserve its natural beauty and incorporate visitors into the stewardship of its coral reefs and beyond.

Check out a short list of some of our favorite reef safe sunscreens here.