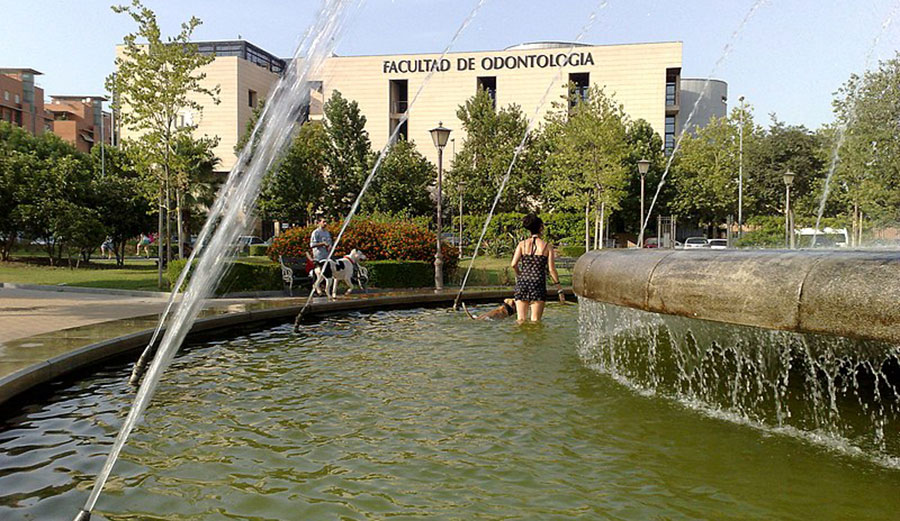 The world is heating up, and it’s heating up quickly. We’ve reached a point where a heat wave can be extraordinarily dangerous — dangerous to the point where it’s become necessary to create a new weather warning system to categorize them and highlight the impacts they have on the public. The first one, named “Zoe” hit Seville, Spain, and it hit it hard.

Temperatures this week pushed over 110 F, which puts Zoe in the third and most-severe tier of the heat wave ranking system. “Even in the evenings,” Scientific American reported, “the Spanish meteorological service recorded temperatures that hovered in the mid-80s in some areas — an extra stress on the human body, which relies on cooler nights to recover from high daytime heat.”

The ranking system, called proMETEO Sevilla, is a collaboration between the City of Seville, Arsht-Rock’s Extreme Heat Resilience Alliance Science Advisory Panel, Spain’s Meteorology Agency, AEMET, the University of Sevilla, Pablo de Olavide University; the Carlos III Institute, the Spanish Office for Climate Change, and El Día Después. The most severe heat waves get names, starting with the letter Z and working back towards the letter A. After Zoe, comes Yago, Xenia, Wenceslao, and then Vega.

“We are the first city in the world to take a step that will help us plan and take measures when this type of meteorological event happens – particularly because heat waves always hit the most vulnerable,” Antonio Muñoz, the Mayor of Seville, said in a statement last month. “The city government ratifies its commitment in the fight against climate change through the reduction of emissions and decarbonization, and second, through adaptation–to make Seville a resilient city with a model that truly tackles the big challenge of rising heat.”

Although Zoe’s scorching heat is on the decline, it posed a significant risk to the health of the people in the area at its peak. ProMETEO’s system breaks heat waves into the three categories using specific criteria. Daytime temperature, nighttime lows, and humidity ratings all play a role, and with each category comes a set of emergency response services. Weather alerts, cooling centers, and community health teams can all be implemented.

It’s been a hot summer for Spain already. According to the Spanish Meteorological Service, the first two weeks of June were the hottest ever on record. It’s not just Spain, of course; Europe in general has been sweltering over the summer months. Wildfires are popping up all over the continent and record-breaking temperatures are hitting the UK, as well.

“Climate change is causing heat waves to become more frequent, more intense and longer-lasting all over the world, increasing the risks to human health,” Scientific American wrote. “Seville’s new naming and ranking system is intended to heighten public awareness about the dangers of extreme heat.”