A Longboarder’s Unofficial Ranking of Every California Surf Spot Mentioned in ‘Surfin’ U.S.A.’ 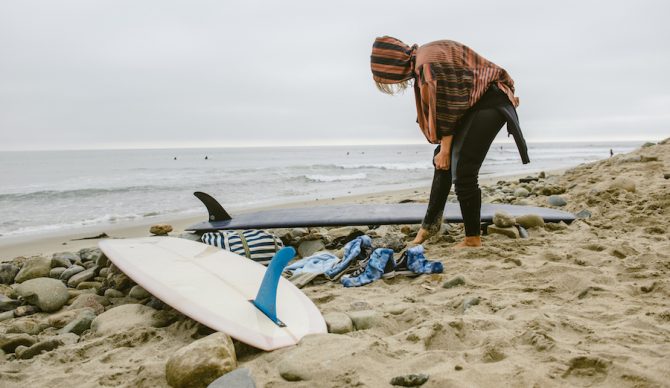 Is there a more iconic longboarding spot on the planet than “Old Man’s?” Photo: Kassia + Surf

Ahhh, The Beach Boys. Those quintessential harmonic sounds that became the real-life soundtrack of the Southern California surf scene in the 1960s.

One could argue that The Beach Boys’ cross-pollination with The Beatles music came to define the era, with “Paperback Writer” known to be specifically inspired by The Beach Boys’ album Pet Sounds, and lead singer Brian Wilson’s 1965 acknowledgement of The Beatles’ Rubber Soul as the “greatest record ever.” Even Paul McCartney has numerously noted that The Beach Boys’ iconic “God Only Knows,” is his all-time favorite tune.

But prior to all of the influence and stardom, Brian Wilson was just your average college student, filling his days with studying music. In 1961 he submitted a song to his music professor in the hopes that it would be his big break. He earned an F.

Ironically, out of the five members, the only Beach Boy that actually surfed was Brian’s brother and the band’s drummer, Dennis Wilson. Even so, that didn’t stop the group from cultivating an image and sound that embodies California surf culture.

On March 2, 1963, “Surfin’ U.S.A.” was released and immediately skyrocketed up the music charts, becoming one of The Beach Boys’ most iconic songs of all time. It mentions a plethora of surf spots, the majority of which are in California. Of course, any person’s ranking of these places is completely subjective. This is simply my personal ranking of the best longboard spots mentioned in “Surfin’ U.S.A.” Feel free to disagree.

13. “Redondo Beach” It’s hard to put any surf spot at the bottom of a list, but the swell at Redondo can range from modest to gnarly (see dumpy), so, it’s just not the most reliable place to paddle out with a log.

12. “Manhattan” As long as your session isn’t cursed with closeouts, the south side of the Manhattan Beach pier can make for a nice sesh.

10. “Ventura County Line” From C Street to Emma Wood State Park, the crisp curls around Ventura can be hard to beat.

9. “Swami’s” Encinitas’ epic point break, with extra points for being in my favorite little surf town in the state.

8. “Pacific Palisades”  Fun and good-vibed space for all abilities. Three cheers for kind surfers who encourage each other (instead of scream obscenities).

7. “Haggerty’s” Haggerty’s in Torrance, is worth maneuvering exposed reef and crowded waves to ride in this consistent little cove.

6. “Doheny” Although DoHo is a borderline zoo when schools’ out for summer, there’s something special about a spot filled with happy-grom energy and the joy of watching new surfers get stoked. Despite the water quality (or lack thereof) almost every ride is bound to be a party wave.

5.“Sunset” While no one’s totally sure which “Sunset” the band was referring to, let’s just go with the fun spot near Huntington Beach.

4. “Del Mar” Beyond the waves, Del Mar hosts a dog surfing contest each year to benefit local San Diego animal shelters. And if seeing pups ride waves isn’t enough to bump a surf spot near the top of a longboarding list – I don’t know what is.

3. “L.A.”  Yes, this reference is obscure, and much of L.A. is a bunch of closeouts, but if we’re taking a leap and assuming it’s Malibu, then there’s probably only one thing worth braving the traffic across the City of Angels for, and that’s slopey point surf.

2. “La Jolla” From the long, wide shores of La Jolla to the pier outside of Scripps, surfing in La Jolla is not only a pleasure but is nearly unparalleled in beauty.

1. “San O” To me, SanO is the absolute icon of longboarding spots. With fun, consistent rollers, staggering sandstone bluffs and that classic surf-bum vibe, this place is worth the dawn patrol trek every time.